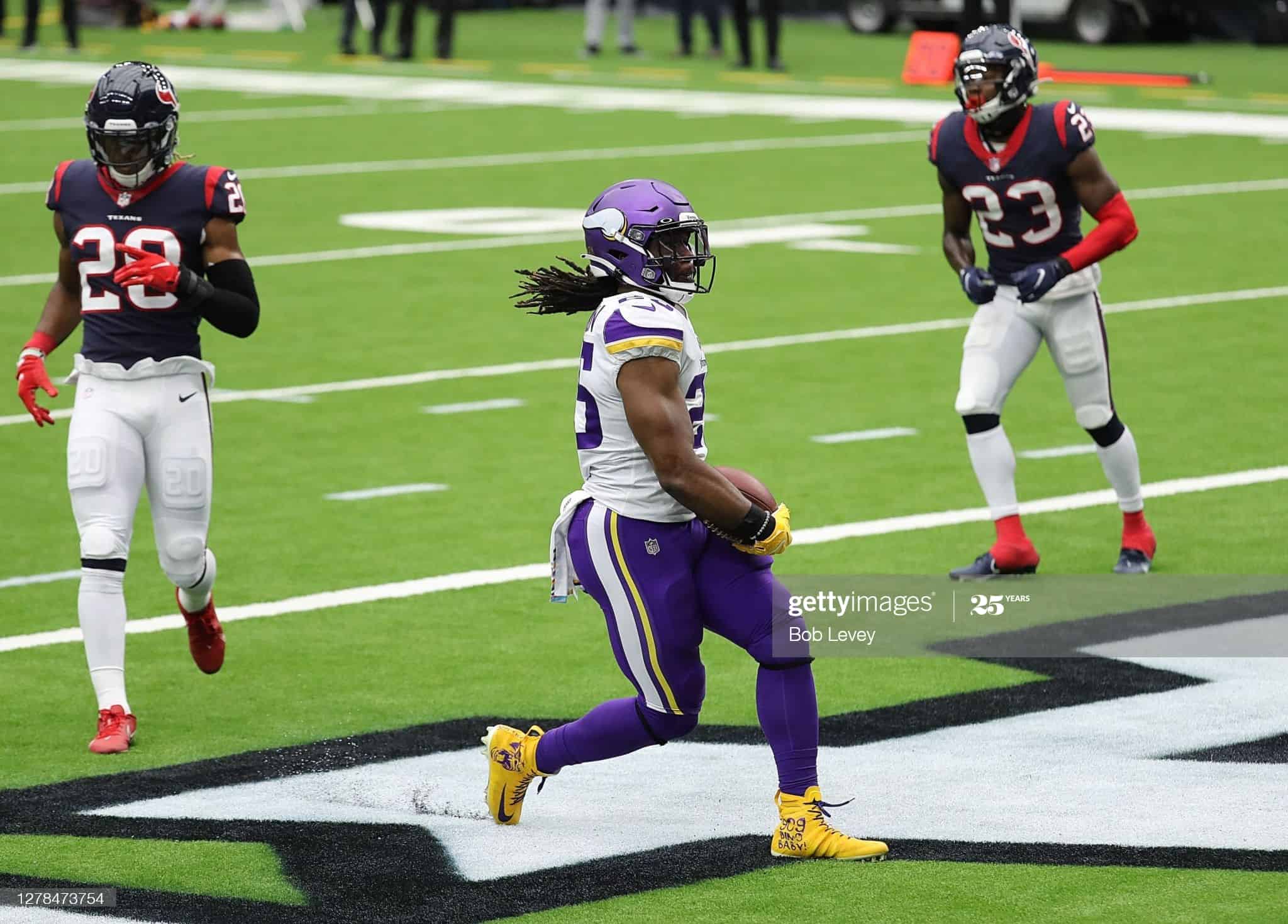 CLEVELAND, OHIO – OCTOBER 11: Kareem Hunt #27 of the Cleveland Browns runs with the ball in the fourth quarter against the Indianapolis Colts at FirstEnergy Stadium on October 11, 2020 in Cleveland, Ohio. (Photo by Jason Miller/Getty Images)

HOUSTON, TEXAS – SEPTEMBER 20: Brandin Cooks #13 of the Houston Texans runs onto the field during player introductions against the Baltimore Ravens at NRG Stadium on September 20, 2020 in Houston, Texas. (Photo by Bob Levey/Getty Images)

LAS VEGAS, NEVADA – OCTOBER 04: Devin Singletary #26 of the Buffalo Bills celebrates with Stefon Diggs #14 and Andre Roberts #18 after scoring a two yard touchdown against the Las Vegas Raiders during the fourth quarter in the game at Allegiant Stadium on October 04, 2020 in Las Vegas, Nevada. (Photo by Matthew Stockman/Getty Images)

DETROIT, MI – SEPTEMBER 15: Justin Jackson #22 of the Los Angeles Chargers carries the ball during the game against Darius Slay #23 of the Detroit Lions in the third quarter at Ford Field on September 15, 2019 in Detroit, Michigan. (Photo by Rey Del Rio/Getty Images)

CHICAGO, ILLINOIS – OCTOBER 08: David Montgomery #32 of the Chicago Bears is chased by Rakeem Nunez-Roches #56 of the Tampa Bay Buccaneers at Soldier Field on October 08, 2020 in Chicago, Illinois. The Bears defeated the Bucs 20-19. (Photo by Jonathan Daniel/Getty Images)

INGLEWOOD, CALIFORNIA – SEPTEMBER 27: Robby Anderson #11 of the Carolina Panthers during warm up before the game against the Los Angeles Chargers at SoFi Stadium on September 27, 2020 in Inglewood, California. (Photo by Harry How/Getty Images)

SEATTLE, WASHINGTON – OCTOBER 11: DK Metcalf #14 of the Seattle Seahawks celebrates after catching the game winning touchdown alongside Harrison Smith #22 of the Minnesota Vikings in the fourth quarter at CenturyLink Field on October 11, 2020 in Seattle, Washington. (Photo by Abbie Parr/Getty Images)