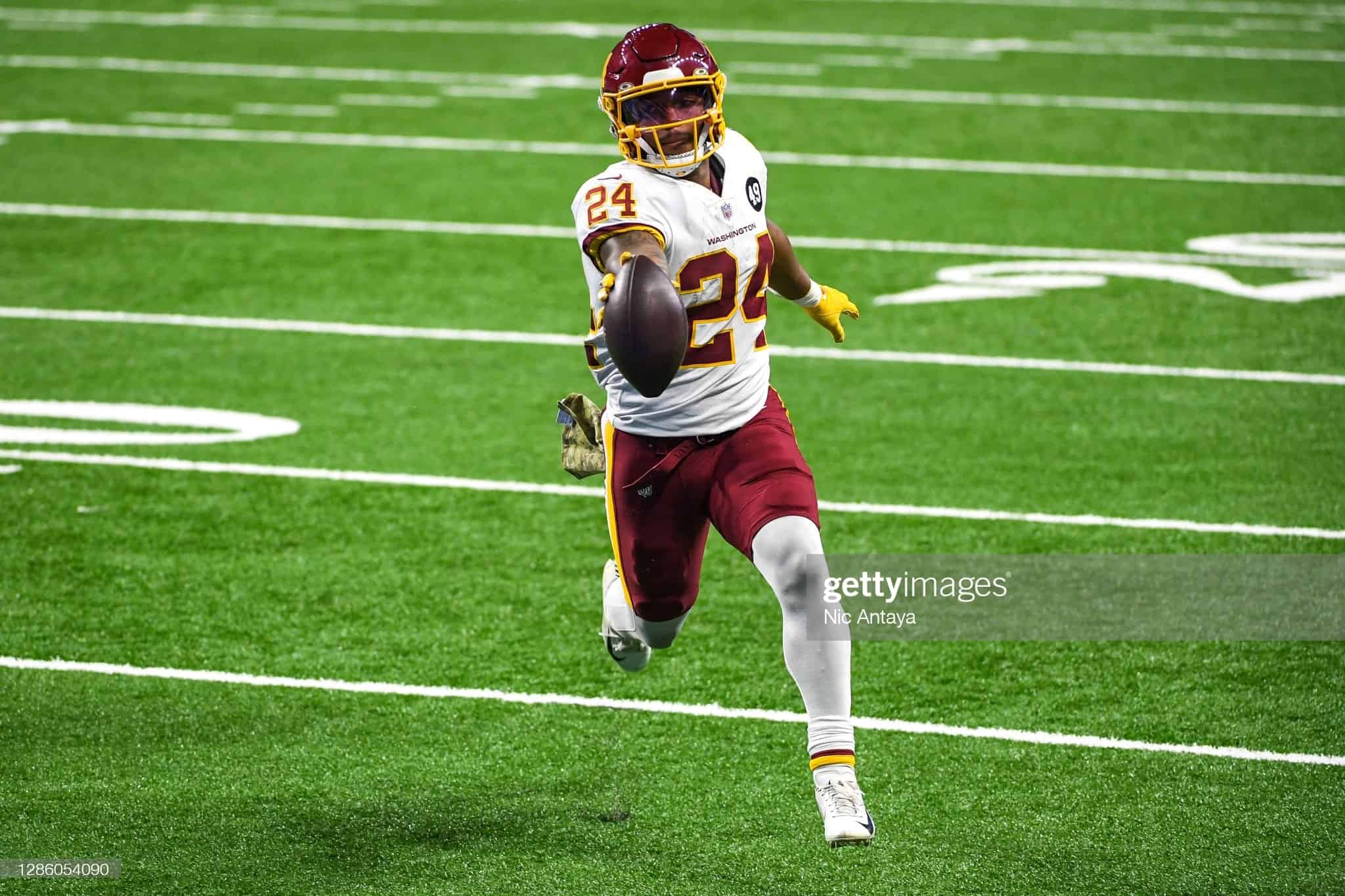 Coming out of High School, Gibson enrolled at East Central Community College in 2016, prior to transferring to the University of Memphis in 2018. In his two years at East Central, he had 50 receptions for 871 receiving yards with 13 touchdowns, 27 kick returns, 554 kick-return yards and 249 rushing yards.

In his two years at Memphis, Gibson had 44 receptions for 834 yards with 10 touchdowns, 369 rushing yards and four touchdowns and 647 return yards and a touchdown. In 2019, he was named the AAC Special Teams Player of the Year and made first team all-AAC as a return specialist and second team as a wide receiver, becoming only the fourth player in conference history to receive such an honor at two positions.

Antonio Gibson keeps the recent tradition of Memphis RBs recently drafted into the NFL alive and well, after the additions of Darrell Henderson (Rams), and Tony Pollard (Cowboys) in 2019.

Gibson had a productive rookie season that had all the signs of a top-12 season before being derailed by a turf toe injury in Week 11. The injury sidelined Gibson for the following two weeks and dramatically impacted his abilities and workload the remainder of the season and into the playoffs for the Football Team.

At the time of his toe injury, Gibson was sitting as RB11 with 145.2 PPR points thru 10 games. At seasons end in 14 games he had scored 202.5 PPR points and finished his rookie season as RB13. His point total was the 4th highest of the 32 third round drafted RB selected between 2010-2020 in their rookie season.

Antonio Gibson is likely best described as a pleasant surprise for the Washington Football team, their fans and Gibson’s fantasy managers. Third round drafted running backs rarely deliver like Gibson did last season, and the best part is he is still learning how to be a running back.

Talk out of the Washington mini camp is they want to get Gibson more involved in the passing game in 2021. This news is great for fantasy purposes and quite frankly makes sense. Gibson after all was a WR in collage. There’s plenty of room to grow for Gibson, and he could emerge as a top-10 Fantasy running back as early as this season.

Looking past 2021, as long as Gibson can remain healthy I see no reason why he cannot continue to flirt with the top-10 as his position for years. As noted he is still learning the position and should only get better. His development just happens to be coinciding with the Washington Football Team’s offense in general getting better. I don’t typically build around running backs on my dynasty rosters but if I did Antonio Gibson would be near the top of my list to choose from.

I currently have Antonio Gibson ranked ranked 19th, and he is my 9th ranked RB in my 1QB start-up PPR rankings. The RotoHeat consensus rankings has him at 14. The DLF ADP of 16 is in line with where I have him in my rankings, and his RB10 is as well. Gibson will share passing-downs work with J.D. McKissic, but it should not be as big a gap between the two going forward. Last season Gibson hauled in 36 of his 44 targets compared to McKissic’s 100 targets and 80 receptions.

If you are looking to bolster your roster and wish to buy Antonio Gibson, it won’t be cheap. Gibson is the type of asset that should fetch the 1.02 at minimum in 1QB formats. If you are looking to move a player for Gibson, it is likely going to cost you a player like an Najee Harris or Calvin Ridley type. He is a tough player to buy, and if I am only pursuing it if I am a true contender.