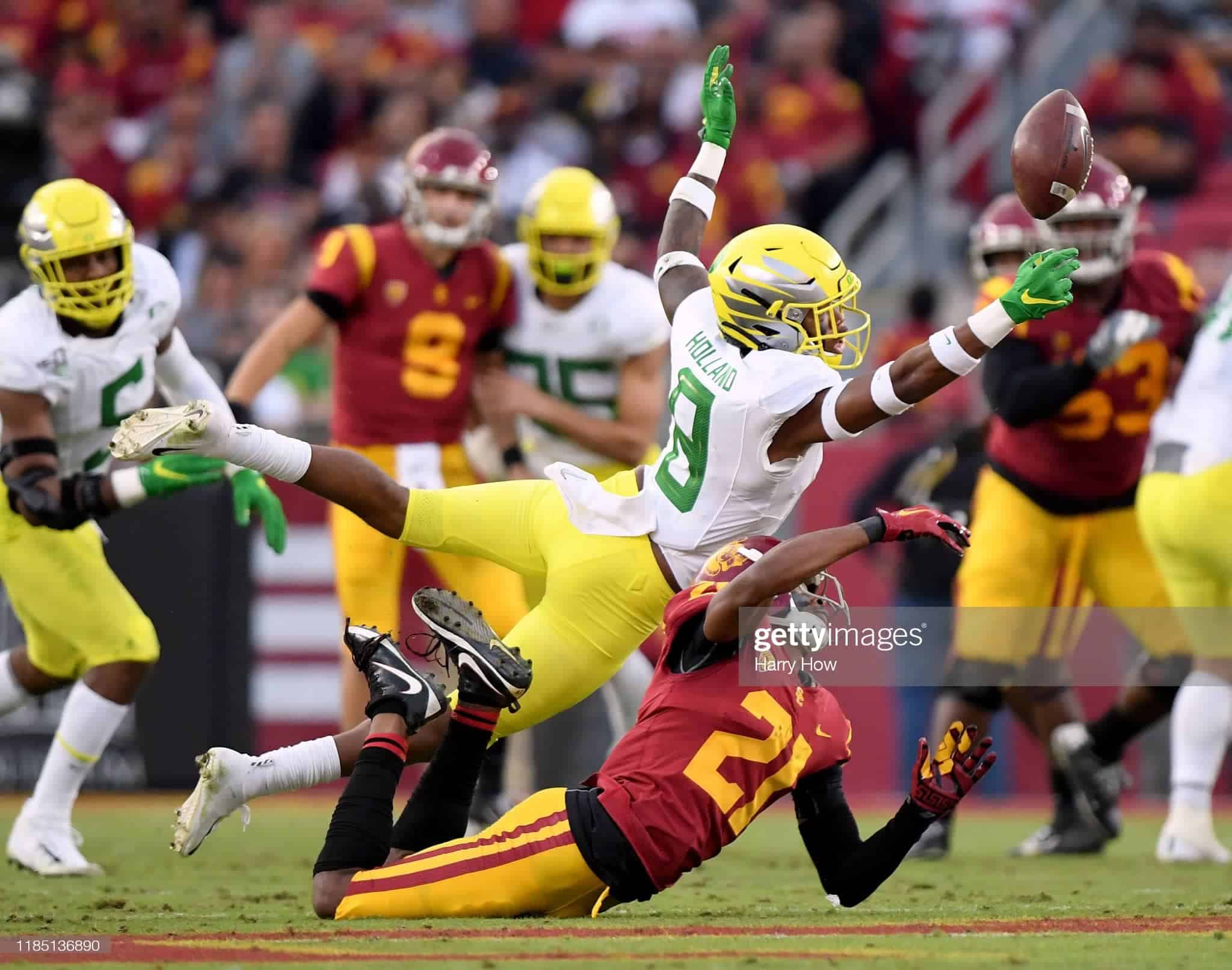 With the 2021 NFL Draft less than a week away, we did not want you to think that we forgot about the defensive side of the ball! These are my personal rankings heading into the 2021 NFL Draft. Draft capital will matter, and to a lesser degree what situation someone lands in; these are sure to change post draft.

If you have questions about the scoring we use, check it out here!

Micah started off this class as the top IDP player and little has changed. He has great size (6’3”, 245 lbs), a huge wingspan, and all the explosiveness, instincts, speed (he ran under a 4.40 40-yard dash) and physicality you could want. He can cover, rush and play against the run. Parsons is likely to fall farther in the draft than many would expect, due to alleged character concerns and off-the-field issues, but is still worth a second round rookie IDP pick. I don’t expect this changing with the draft results yet to be determined.

I have Zaven higher than most, and I am fine with that. He has top end college production, ending with 236 tackles (129 solo), 25 TFL, 7.5 sacks, eight passes defended, five interceptions, three forced and three recovered fumbles and two touchdowns. but how he is used in the NFL will matter. I do not see him as an EDGE player right now; his block shedding and quickness is not where I think it needs to be for that.

Still, Zaven has great size, good speed and is a great tackler. If he is used as an off-ball linebacker, watch out as he will have the chance to ball out in the NFL much like he did at Tulsa.

Jeremiah did not play until his junior and senior years at Notre Dame, but he still managed to have quite a career there. In those two years he had 142 tackles (96 solo), 24.5 TFL, seven sacks, seven passes defended, five forced and four recovered fumbles, one interception and one touchdown.

He is similar to Isaiah Simmons last year, in that he was used as a chess piece to move all over the field in a variety of ways. At 6’1” and 210 pounds he does not exactly fit as a typical linebacker, but has the quickness, speed and burst to not only hold his own in coverage but also in run support. He is not someone that will fit into every defense, but a creative coaching staff should be able to find a way to utilize him.

Chazz is relatively new to the position, but he oozes upside and potential, along with already showing what he is capable of. He played quarterback at North Carolina for his first two years, but switched to linebacker in 2019 and stayed there for 2020.

In those two seasons, he had 206 tackles (115 solo), 22.5 TFL, 12.5 sacks, five passes defended, two interceptions, two forced and two recovered fumbles. He has everything you want in terms of physical ability, size and talent, and has progressed in just two years at the position, but needs refinement of the more technical aspects. If he can master those, he could end up as the best of the bunch for fantasy.

Holland is smaller than some like (about 6’1” and 210 pounds), but is great in coverage, and is instinctive and aggressive. The questions teams have will be more about where they play him (safety vs slot corner) and his size versus his ability to make plays. If he ends up as a cornerback, he won’t have as much fantasy production possibilities as if he is a starting safety, BUT he can still have fantasy viability. He started this scouting process as my top safety and still remains so today.

Jaelen has always had the talent, as 247sports.com had him as the number one recruit in the 2017 recruiting class. He had two years playing at UCLA, including his true freshman year, but injuries took their toll and he briefly retired due to them before returning to college at Miami.

In 2020 at Miami he 45 tackles (21 solo), 15.5 TFL, eight sacks, three passes defended and one interception, showing what many thought he would do when he entered college. He has all the tools you would want, and without the injury and motivation questions he would be in consideration for a top 10 pick.

Moehrig is generally seen as the top safety in the class, and most likely to be taken first in the draft. He has the physical skill set and mentality that you would want. He does need to improve in playing more under control, as too often over-aggressiveness can lead to bad angles and biting on fakes. He is a solid tackler, solid in man coverage and even better in zone. Given that he can play all over the field, he will have versatility any team can use, and a great chance to see the field early as a rookie.

Kwity may have the highest floor of any of the top defensive ends, but also has a high ceiling. He could play 3-4 front, but is better suited for a 4-3. Strong, with great balance and hand placement, he is solid against the run, but also quick and agile enough to make plays as a stand-up EDGE if he goes to such a team.

He has a high motor and personal drive; if you haven’t read up on his story, it is worth your time. He is not as explosive as Phillips, but also has less bust potential.

Carlos had a very nice career at Wake Forest, and kept improving during his time there. He ended with 173 tackles (97 solo), 35.5 TFL, 19.5 sacks, eight passes defended, seven forced fumbles and three fumble recoveries. Basham does not have great burst or agility, but his technique, size, power and motor will make him an NFL starter. He could play as a 4-3 or 3-4 end, although I see more fantasy appeal as a 4-3.

Andre comes with some prior health issues and does not always wrap-up when tackling. However, he has a large wingspan and has been a turnover machine in college with 13 interceptions and 14 passes defended over 24 games. He improved during his time there, but must get better at sticking to his coverage assignments. If he can improve his tackling and following the game plan, his playmaking ability will make him a great NFL deep safety and a fantasy asset.