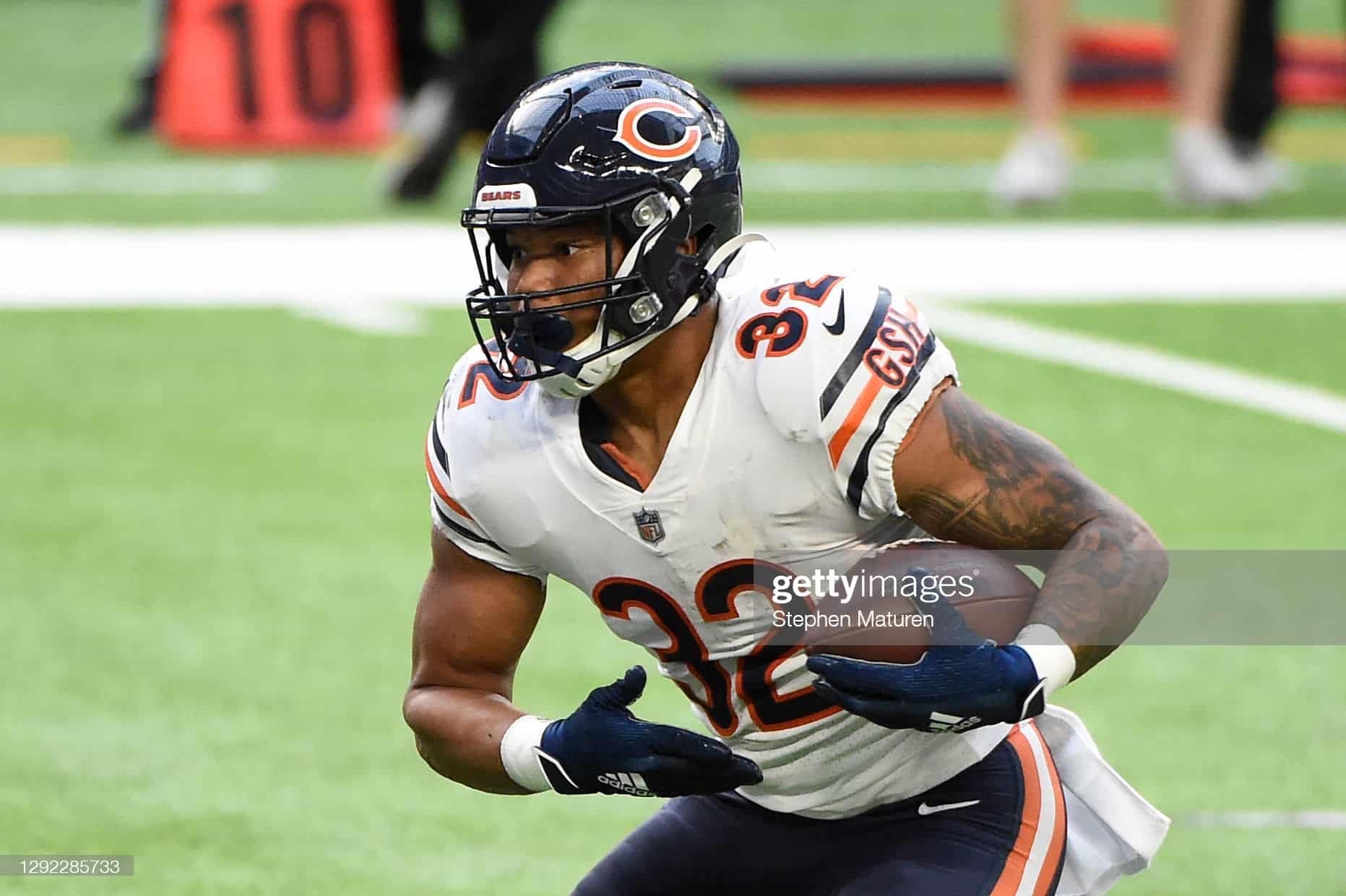 Thanksgiving week is my favorite week of the season, every season. What is better than a day full of football in addition to the day full of football on Sunday? There are three games on the schedule. We start off with the Chicago Bears in Detroit, followed by Las Vegas visiting Dallas, and we wrap the day with Buffalo in New Orleans. I have a start and sit at each position for you this week that I believe will help you bring home a victory in Week 12.

Last week in Kansas City, Dak Prescott finished with 4.64 fantasy points, his worst outing since a 3.80 point Week 11 in 2017. I fully expect Dak to bounce back on Thanksgiving Day in Dallas.

Las Vegas is the 11th worst fantasy defense against the quarterback. The Raiders have given up on average 19.8 points to the position after ten games. In those games they have yielded 256 passing yards a game and a total of 19 passing scores. In addition, they have allowed five quarterbacks to score 18-plus fantasy points, including four with more than 20 points.

Normally, Dak would be a slam dunk, must start. This week, however, it is possible he is down his two elite wide receivers in Amari Cooper and CeeDee Lamb. Cooper is out and Lamb is practicing in an attempt to beat the concussion protocol in time for Thanksgiving. Despite the Cowboys being short staffed this week, I have Dak ranked at QB5. I believe Prescott will get enough out of his remaining pass catchers to make the Raiders pay.

For my sit this week, we stay in the same game. Derek Carr is reeling in recent weeks, and as a result, so are the Raiders. I would expect the slide to continue this week in Dallas.

Dallas is the 10th best fantasy defense against the quarterback. The Cowboys have given up on average 17.8 points to the position after ten games. In those 10 games, they have yielded 269 passing yards a game and a total of 14 passing scores. Since Week 5, Dallas is the No.1 defense against the QB, and just held Patrick Mahomes to 8.5 points last week.

Carr’s totals have averaged to just 12.4 fantasy points in his last three games against the Giants, Chiefs, and Bengals. Carr should only be considered as a starter in multi-quarterback leagues this week.

My RB start this week is David Montgomery, and it’s a smash start. Since returning to the Bears lineup off his knee injury he has been ok. Monty has scored 17.7 PPR points combined in Weeks 9 and 11.

This week, the Bears face the Detroit Lions and their 30th ranked fantasy defense versus the running back position. Detroit has given up a total of 1,427 scrimmage yards and 17 touchdowns to the position in 10 games this season.

In Week 11, David Montgomery was on the field for 95% of the Bears offensive snaps, the highest percentage of all backs that suited up. Monty is a true every-down back that needs to be in your lineups. I am starting Montgomery with confidence, as he comes in as my RB10 on the week.

Zach Moss has seen his usage and point totals decrease in recent weeks. Making matter worse is the fact that Buffalo has abandoned their two-headed backfield approach for a three-headed one. In Week 11, it was nearly a perfect split. Devin Singletary played 37% of the team’s snaps, followed by Matt Breida (31%), and Moss at 30%. The touches were split as well, with Singletary seeing 7, Brieda 6, and Moss 4.

Sitting Moss is a fairly easy call this week. I would sit all the Bills backs here if possible. I have Singletary ranked the highest at R38, followed by Moss at RB41, and Brieda at RB45. There nothing more than desperation flex plays in 12 team or larger leagues.

The Bills lock up with the Saints this week. As I indicated above, teams have struggled to run on New Orleans this season, leading to an increase in passing plays. That works for a Bills offense that would rather chuck it anyway. The Bills enter Week 12 as 6th in attempts with 390 in 10 games this season. New Orleans is the 11th worst fantasy defense against the wide receiver position. The Saints have given up on average 37.3 points to the position after 10 games. In those 10 games, they have yielded 1,810 yards and 10 scores.

I have Stefon Diggs ranked 3rd this week behind only Cooper Kupp and Davante Adams. Diggs is getting hot at the right time for your fantasy team. Ride Diggs all the way to your fantasy playoffs.

The Buffalo Bills are tough on opposing wide receivers, Trevor Siemian isn’t good, and Marquez Callaway is a fade as a result. Expect Bills shut down corner Tre’Davious White to be on Callaway all night in this one.

The Bills are league’s best defense against their opponents wide receivers, allowing on average 25.9 PPR points a game to the position. They are giving up a league best 117 passing yards a game and have only allowed 3 WRs to score in 2021, also a league best.

Callaway, the preseason darling, has hit double digits in PPR points on three occasions in ten games this season, and has been held under 50 receiving yards seven times. I would expect Week 12 to be another disappointing week for the Saints pass catcher. I have Callaway at WR51 this week.

It’s a beautiful thing when opportunity and a “plus” matchup collide. That is exactly what we have here on Thanksgiving Day in Dallas. Dalton Schultz should be leaned on by his QB Dak Prescott in a game where Dallas is likely missing their two top pass catchers. Add to this the fact that the Las Vegas Raiders are the league’s third most giving defense to the tight end and you have a winning formula.

The Raiders are giving up 6.3 receptions, 66.7 yards, and .6 touchdowns a week to the opposing TE. Schultz is the league’s TE9 entering the week and should be able to get to these numbers with an increased target share. I have Schultz ranked as my TE5 this week, and I am starting him everywhere I roster him.

I like Cole Kmet, and I believe he is a future fixture in the top-12 at his position in the years to come. Kmet enters the week as TE25 averaging 5.8 points a week. There is no doubting the fact that Kmet sees more targets from QB Justin Fields than he does from QB Andy Dalton. Fields is out with a rib injury this week and Dalton will be under center Thanksgiving Day in Detroit.

In addition, the Detroit Lions’ defense has played the TE position well this season. The Lions are 10th best against the tight end position this season, holding the opponents’ TEs to 11 points a game. Kmet comes into this week as my 19th ranked TE, so keep him on your bench.

Thank you for reading Start or Sit These Players on Thursday Night to Win Week 11 Fantasy.