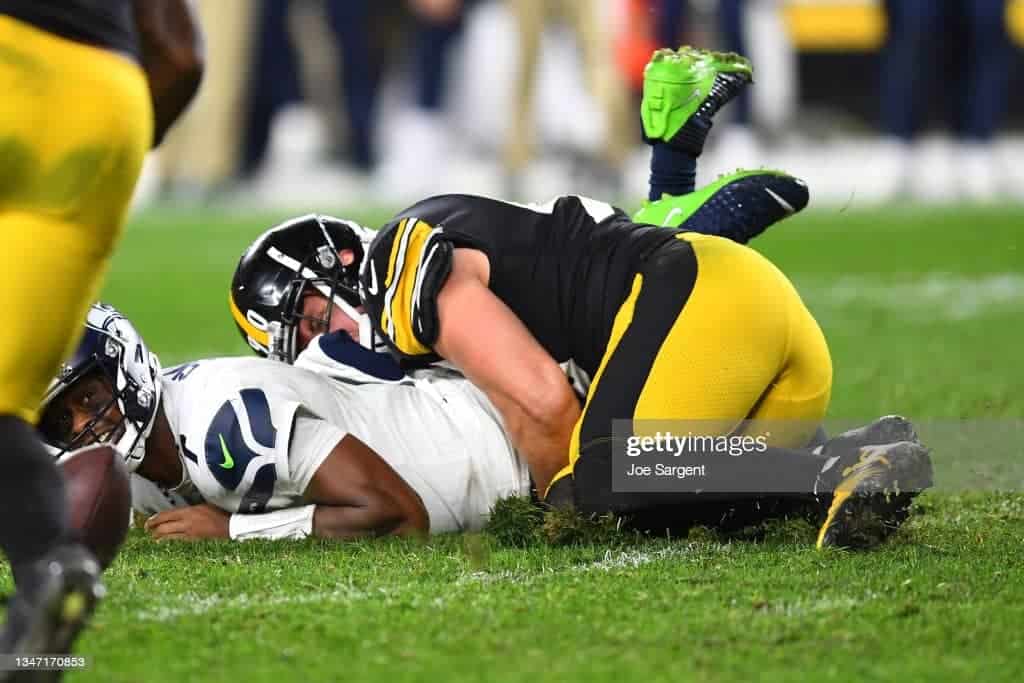 Well this does not feel like the thrilling Monday Night Football meeting we want. The 4-3 Pittsburgh Steelers are hosting the 3-4 Chicago Bears in what feels like a snooze-worthy game for anyone not a fan of either team.

BUT, will we see Justin Fields continue where he left off last week with Matt Nagy back? Will Big Ben find the cure for his arm woes and start throwing downfield more? Both seem unlikely but as we have seen even as recent as Jacksonville beating Buffalo 9-6 earlier this week, we never really know what will happen.

Let’s find those IDP players that you will, or will not, want to start to help you bring home a Week 9 win!

Were going to switch it up a bit for this one, as there are many different players you could start here. Both teams mainly play a 3-4. The Bears are 15th in points given up to the position, while the Steelers are 21st. We only really have two people I am considering starting, so here they are:

Heyward has a 79% snap share and Wormley has a 69% share. Heyward is the more established veteran and better player and sits as IL #2 on the year; so yeah he is a must start.

Wormley isn’t having a huge year (11 solos, 9 assists, 2 PD, 1.5 sacks, 1 TFL, and 1 forced fumble) but his 1.5 sacks have both come in the past two weeks, when he has has 4 and 5 combined tackles. I like the streak he is on, and with a decent match-up he is the second best IL play on the slate

Quinn is having a decent year this year after an abysmal one last year. The Bears have had their bye already but Quinn is a top 20 Edge player this year

He is hurt and out, so don’t start him.

He is a start every week, so start him this week.

Sitting at a 63% snap count this season, and at 92% or above the past two weeks with Melvin Ingram’s anticipated, and then realized, departure, Highsmith only has one game with a sack this seasn (Week 6 against Seattle). Despite Chicago being a decent match-up I don’t feel great about starting him with his lack of production this year.

A top 5 linebacker on the year, you do not sit him.

They are splitting time as the second guy in the middle which means neither is really worth trusting right now. If forced into one, Ogletree is seeing more time.

Bush is playing second banana to Schobert right now, and Bush is also banged up right now. He isn’t getting quality stats when he does play, he is a sit for me unless you have no better plays. At this point in the year, in redraft, dropping him for a player seeing more playing time and producing needs to be a consideration.

Pittsburgh gives up the 11th most points to opposing cornerbacks, both are getting about 100% snap share and have been getting you at least a few combined tackles a game. With a slower, ball control game with shorter passes from both teams seemingly likely, I like both these plays.

Yes this is a good match-up, Chicago gives up the 4th most points to opposing cornerbacks; BUT neither has done much of anything this year. I like Sutton more of the two given where Fields has been targeting and what both CBs have done on the year, and I think both could have nice games, I am just not overly confident in it. I like the Bears CBs as better plays.

In two starts he has a 98% snap share with 12 solos, 5 assists, 2 PD, and 1 fumble recovery. The Steelers are 31st in points allowed to opposing safeties, but I like how DeAndre has been playing.

Gipson has been in and out of the starting lineup with injuries and hasn’t not shown much when he has been in there. With a bad match-up I am sitting him.

Chicago is 22nd in points allowed to opposing safeties and Edmunds is generally good for 2-4 solos and 1-3 assists this year. If that floor works for you, go for it, but he is a sit for me as I do not see him doing much this week with the match-up and expected game play.

Minkah is a top 30 safety so far this year and with bye weeks you are likely starting him. His worst game is 3 solos and 1 assist, so he will get you something and he is always a player with a chance to make the big plays he lives and dies by in fantasy. It isn’t a great match-up as I said, but he is probably the safest safety option this week.