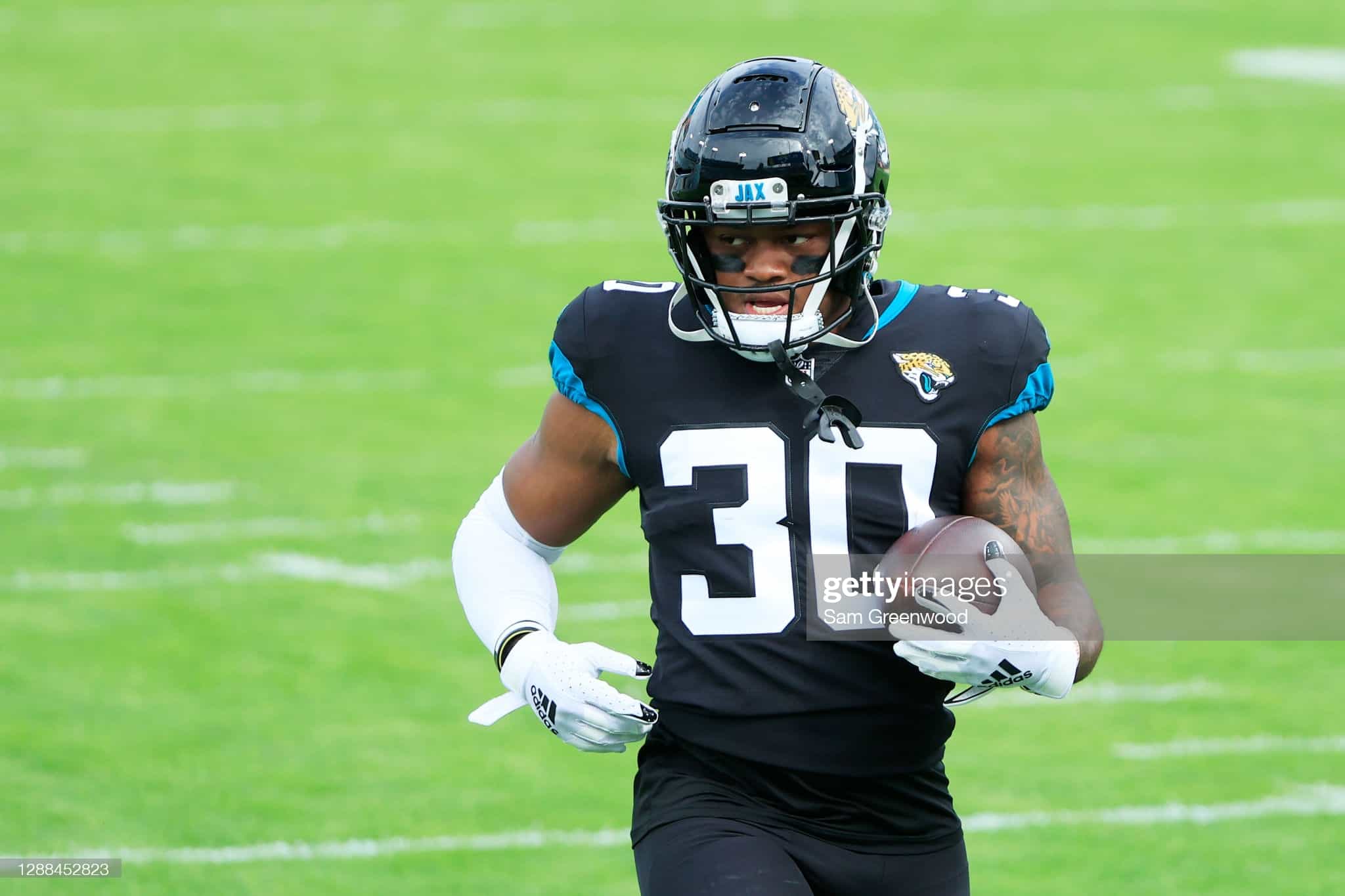 The 2020 Fantasy Football season is over. If you play DFS or any type of playoff leagues, this is not entirely true, but for the vast majority of fantasy managers, the fantasy football season ends in Week 16 or Week 17 of the NFL regular season.

A lot of players ended up with injuries, and among them were some very early draft picks like Saquon Barkley, who missed the entire season, Christian McCaffrey who played just 3 games, and Michael Thomas who played in 7 games, but pretty much disappointed overall.

Overall, it’s been a wild season, but a season we wouldn’t want to be without.

With the season being over, I thought it would be fitting to give out some fantasy football awards. In order to determine which players would win the rewards, I decided on a handful of rewards, and then I put it to the RotoHeat team to vote for the player they felt deserved to win in each category. The focus of the voting was primarily for redraft, as dynasty has a bit of a different dynamic in terms of waivers/draft picks.

So without further ado, welcome to the 2020 RotoHeat Fantasy Football Awards!

Award for Fantasy Rookie of the Year

What a season it has been for several rookies, and even more so for James Robinson than any other rookie. The rookie RB for Jacksonville had a pedestrian first game, and then he just turned in one solid game after the other. Better yet, he was one of the most consistent RBs over the entire season. In full-PPR, Robinson never scored less than 10 fantasy points, which is really what sets him apart from Justin Jefferson this season. The only other RB to not have a full PPR game under 10 points? Dalvin Cook. Robinson had some boom games that also that won you weeks.

Finishing as the RB7 on the year in full PPR, Robinson is a very deserving winner of Fantasy Rookie of the Year!

Award for Best Draft Pick Value of the Year

Justin Jefferson gets his reward in this category. His ADP for the season ended up in round 10 for a 12-teamer, but in reality, you were probably able to pick up Justin Jefferson in round 11 or maybe even later when drafting for your redraft leagues.

Getting him that late and having him end up the WR8 in full PPR is a massive value. Compared to the runner up, Josh Allen, who had a 7th round ADP (but could sometimes be had a bit later than that), getting a WR1 in the double-digit rounds is a huge payoff, especially if you played Jefferson in his big week-winning games. Jefferson did have some down games, but two of those were in his first two games where he saw limited action.

After his breakout in Week 3, you would be at least content starting him most weeks, especially in the aforementioned blow-up weeks he had.

I do want to give an honorable mention to Stefon Diggs, who finished as the WR3 after having been a 6th or 7th round pick in redrafts.

Award for Worst Draft Pick of the Year (non-injury)

Oh boy. Amongst all the good draft picks this year, there were some absolute stinkers in there too. With Leonard Fournette, his ADP has him square at the tail-end of round four. Most people happily drafted him in the 3rd or 4th. This was back when he was still with Jacksonville, coming off an RB1 season that was largely due to a lot of pass catching work. After most redrafts were over, Jags cut Fournette and he ended up with Tampa Bay.

Immediately, the fantasy community completely split on their opinion of Fournette. Some were saying he would easily take over the feature back role. Others saw him as the RB2 for the Bucs as part of a committee with Ronald Jones. Reality ended up being the later.

As such, Leonard Fournette ended up as the RB35, which is back-breaking if you took him in the first four rounds to be the backbone of your team.

Award for Best Waiver Wire Pickup of the Year

This one was never really in doubt. The ability to get the RB8 straight off of waivers either before the season began or after Week 1 is incredible. As we already covered, Robinson was one of the most consistent RBs over the entirety of the season and also won you multiple weeks.

Herbert was also a very good waiver pickup, but plays a position that is far less valuable.

With Robinson playing the more valuable position and having been useful for the entire season, he deservedly gets his second award for the 2020 season.

Award for Most Improved Fantasy Player of the Year

Unfortunately for Davis, the Bears has an RB named David Montgomery who improved significantly from his rookie season to this year, his sophomore season. His jump from RB25 in 2019 to RB6(!) in 2020 is a big improvement. It might numerically not be as big a leap as Davis, but it’s a lot harder to break into the top 10. On top of that, the impact that David Montgomery had for fantasy managers was massive.

Over the last 5 weeks of the fantasy season, Montgomery averaged 25.4 fantasy points in full PPR. That’s Christian McCaffrey level. And by doing that, not only did Montgomery help his owners make the playoffs, but he was also a league winner for a lot of fantasy owners.

This one is going to surprise some people. Kamara ended as RB1 on the season and had a massive game in championship week (Week 16 in case you didn’t know).

Despite that, Travis Kelce gets the most votes from the RotoHeat team and wins Fantasy MVP in a very tight race (1 vote difference).

The reason Kelce won is primarily going to be found in the absolutely massive positional advantage he gave you as the TE1 on the season. Granted, Kamara also ended up at RB1, but more than anything, Kelce was just so much better than any other TE at the most volatile position for fantasy purposes.

This meant that on a weekly basis, Travis Kelce would basically just give you a huge advantage, regardless of what tight end your opponent had.

That is why he is your winner of Fantasy MVP award of the 2020 season!

And there you have it, all the RotoHeat 2020 Fantasy Awards as voted on by the RotoHeat team. I hope you enjoyed it. We would love to hear if you would have voted differently, or did we snub someone totally?