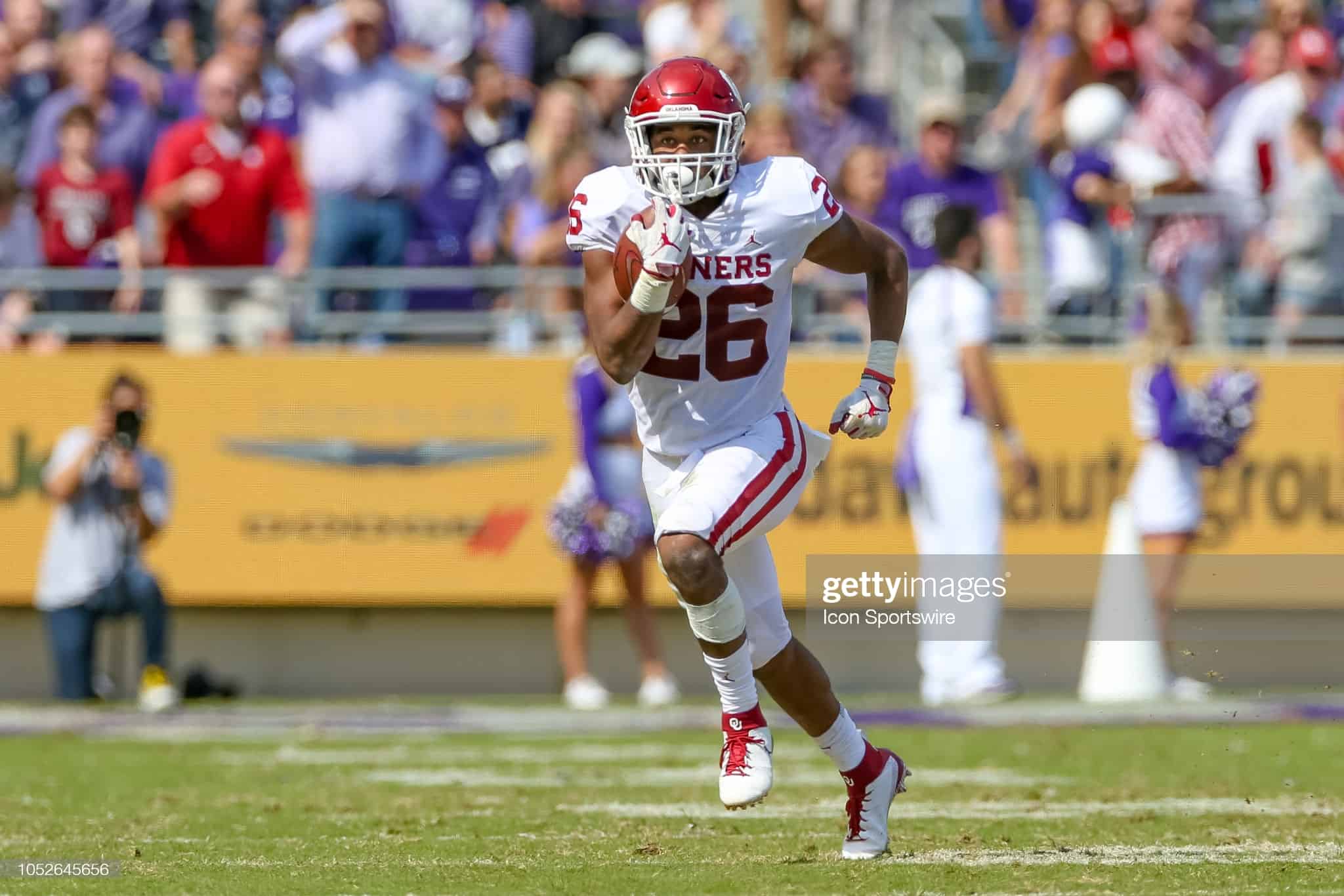 Oklahoma–a team to reckon with in the Big-12!

It appears as the Oklahoma Sooners are going to continue to roll in the Big-12 as they are strong across the offense and defense. In the team devy profiles, I’ll look to point out players to target (if you haven’t already) as well as players that you should keep an eye on as we move towards the college season.

Spencer Rattler is a name that everyone should be very aware of. The Redshirt sophomore returns after a strong showing in 2020, grading out as one of the top passers in college (according to PFF). Rattler was always expected to show out at the collegiate level though, coming into Oklahoma as the #1 pro-style QB. Being #11 overall nationally (via 247) means that there’s something there! Rattler scores high as a pure passer and he has a little wiggle in the run game, but his strong, accurate arm and ability to make some of the most interesting, off-script throws currently in the college ranks sets him apart. In superflex devy leagues, he’s easily in the talk for 1.1 and in single QB drafts, I’ve seen him as a solid first round selection just after your top devy skill-position players. Behind Rattler is Caleb Williams, and this kid’s a stud in the making, as he gives the Sooners more dual-threat playmaking ability than Rattler but will have to sit for a year unless injury thrusts him into action. Either way, make sure to get a share of this kid before he becomes too expensive to own, because he has the arm talent, speed and intangibles to be considered a 1st round prospect when he declares for the NFL.

The running back room got even more interesting this offseason with the transfer addition of Eric Gray, the talented back that was at Tennessee who made a big money decision by going to Oklahoma. The 5’10”, 200+ pound back can really do it all out of the backfield as well as being strong enough to grow as a pass protector. With these traits, he gives himself the opportunity to be a 3-down type player at the NFL level. Kennedy Brooks, who probably hoped this was his year to own the backfield, could see Gray handle more of the workload, but Brooks isn’t that much different of a back. He has a very similar size/speed profile and is a player I still look to stash on my devy roster. Depending on the analyst you’re reading, he could still be the lead back there (Check out OUInsider for more info).

At the wide receiver position, take your pick as the top 4-5 players all can make a case for being devy-relevant, but the top 3 are sure things when it comes to players you want to have on your devy squad in Theo Wease, Jadon Haselwood and Marvin Mims. Wease is my favorite of the group; at 6’3″ he brings a wide catch radius, plus speed and the ability to make defenses look silly if they aren’t bringing their “A game” against him. Haselwood is just an inch shorter but more physical of a wideout, and he is another guy that was highly rated in his recruiting class. This shows you that Coach Riley and his team just win the recruiting process, as they land top 5 wideouts on the regular. Mims may be the odd man out, as he’s smaller in stature, not as physical as Haselwood, and not the big play/imposing target Wease is. Then behind him, Mario Williams brings a very dynamic profile in a smaller frame, so buyer beware with Mims.

Since Mark Andrews, the Sooners haven’t really had much fantasy relevance at the tight end/H-B position and Austin Stogner is about the only potential there, though I just don’t expect the way that the Sooners use the position to see much from this group. Stogner’s a massive, tough player that I think can still impress NFL scouts, but you probably won’t see the stats to blow you out of the water, so he’s a wait and see, and definitely not devy squad, material at this point.

Typically in devy, unless this is an extremely deep league (like the Pinnacle of Devy League), I don’t see IDPs rostered all that often. Guys like Chase Young had been, but the Sooners don’t have any guys that really steal the show, and Coach Riley tends to lean more on stronger, high-powered offenses and roster defenses that are good enough to keep the opponent at bay. If you’re looking for players to dig into here, I’d tell you middle linebacker DaShaun White is a player I fully expect to hear his name called when his draft comes around. He has a ton of upside, and I think is still developing and honing his craft. In the secondary, Pat Fields and Delarrin Turner-Yell are really interesting prospects, but I’ll hold my thoughts until after I get more film in on them both.