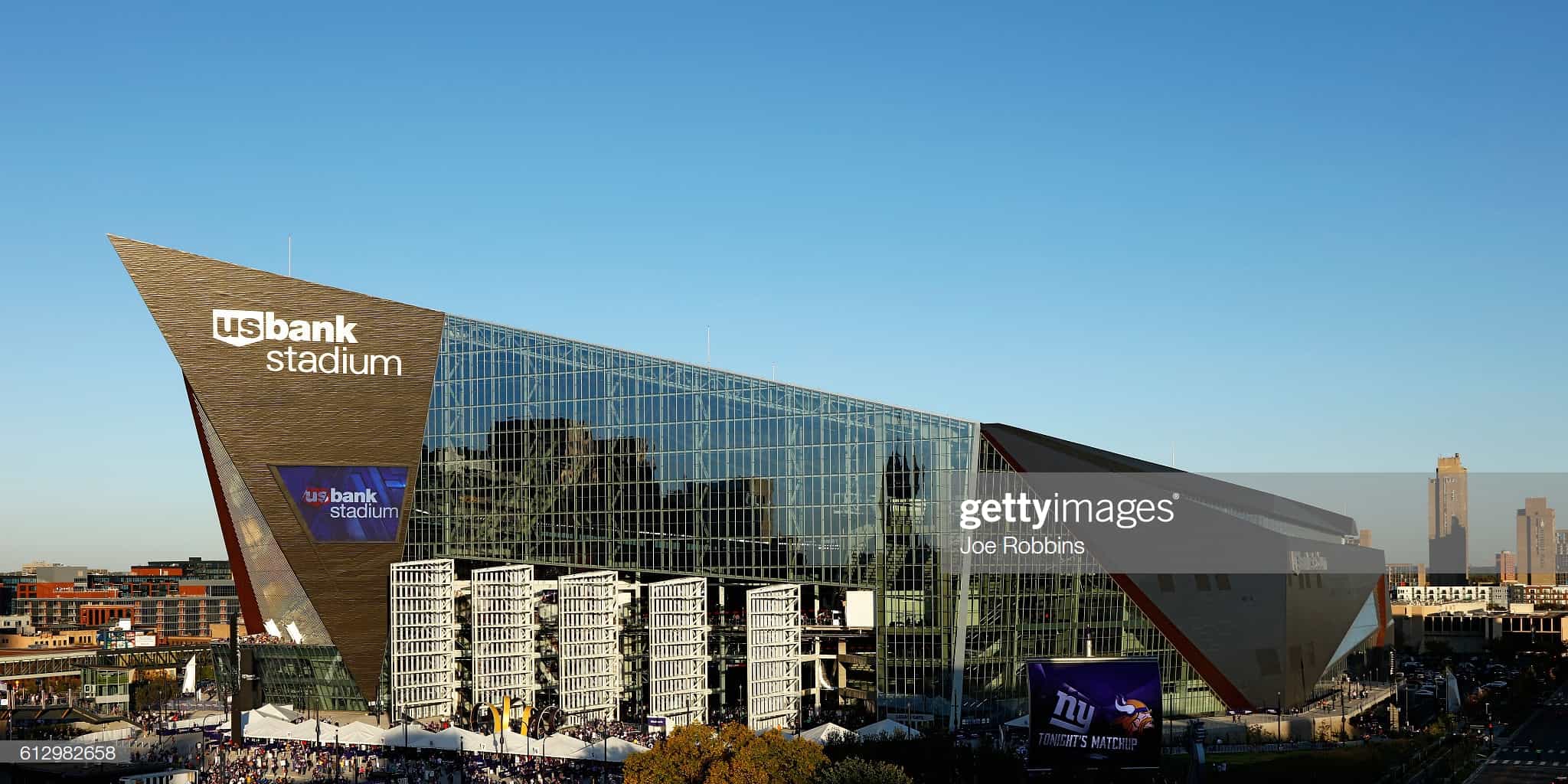 Entering week 8 the NFC North is starting to see some separation. The Green Bay Packers and their 6-1 record sit atop the division, one game up on the Minnesota Vikings. The Chicago Bears and Detroit Lions round out the division with records of 3-3 and 2-3-1 respectively. Detroit dropped a inter-divisional match-up to their rival Minnesota in week 7, and as a result fell below the .500 mark. The first time all season the division has had a team with a record below .500.

If you went back in time to October 2017 and told someone that Thursday night’s Vikings-Redskins game would feature a matchup of quarterbacks Case Keenum and Kirk Cousins, they probably wouldn’t have been too surprised. After all, back then Keenum was in the midst of leading the Vikings to a 13-3 record and Cousins was in his sixth season – the last three as the full-time starter – with the Redskins.

That the two QBs would still be leading those teams just two years later wouldn’t sound like much of a stretch. It would come as a shock, then, when you delivered the news that it’s Keenum’s Redskins visiting Cousins’ Vikings at U.S. Bank Stadium in 2019. A lot can change in the NFL in two years.

On Thursday, the two quarterbacks meet in prime time to face their former teams for the first time. Adding in that the Vikings’ biggest star of the past decade – a man named Adrian Peterson – may play his final game in Minnesota, the reunions set to take place during Thursday night’s game are more compelling than any other on-field story line.

Minnesota; Start Cousins, start Dalvin Cook, this should be a huge Dalvin day.  Start Stefon Diggs.  Adam Thielen is out as a result, start Kyle Rudolph, he looked like the part in the offense last week after Thielen was injured.  In super deep leagues you can start 7th round rookie Olibisi Johnson, and Alexander Mattison.

Washington; Start Terry McLaurin, if the Skins are going to do anything on offense it likely runs thru him.  The rest are on the bench.  In deep leagues you can start Peterson.  If nothing else AP will see a lot of volume here.  Keenum is firmly on the bench unless desperate in a super-flex or 2 QB league.

The Chicago Bears will host the Los Angeles Chargers in an inter-conference battle Sunday afternoon from Soldier Field. The Chargers could not secure the win in a tough 23-20 road loss to the Titans last week. The Bears are coming off an ugly 36-25 home loss to the Saints last week to fall to 3-3 on the season. This marks the first meeting between these two sides since 2015 in a game the Bears won 22-19.

The Chargers were expected to be a force in the AFC and so far their season has been a major disappointment. The Chargers have lost three straight games to plummet into last place in the AFC West with a 2-5 record on the season.

The Bears have dropped to 3-3 after posting a 3-1 start to the season. The Bears offense has been a glaring issue this season. They are coming off a 36-25 home loss to the Saints last week in which the offense was booed by the Soldier Field crowd. Mitchell Trubisky made his return after missing two games and he struggled for most of the game. Trubisky finished with 251 yards for an average of only 4.6 yards per reception.

LA – Keenan Allen, Hunter Henry and Austin Ekeler are starts, Melvin Gordon, Phillip Rivers and the rest of the Chargers are not.  I wouldn’t fight you if you start Mike Williams, but I would prefer not to.  I like Ekeler here because Rivers will need to get rid of the ball in a hurry and the Bears give up fantasy points to RB’s in the receiving game.

Chicago – start Montgomery and Cohen.  A game after the Bears ran the ball 7 times I would think they run a lot here.  Trubisky is terrible he is a sit in every format I have ever played in.  Allen Robinson is still a start and the desperate can start Anthony Miller.

It’s an interconference battle that may have lost a little luster thanks to a big injury last week down in the Denver. The Green Bay Packersare on the road as they travel to face the Kansas City ChiefsSunday night.

Green Bay comes in off a 42-24 home win over Oakland in their previous contest last Sunday. Kansas City overcame a major injury to blow out Denver 30-6 on the road on Thursday Night Football. The Chiefs lead the all-time regular season series 7-3-1 though the Packers took a 38-28 win at home in the most recent matchup on September 28, 2015.

Green Bay has overcome some tough contests and prevailed in several close games as they come into this contest 6-1 on the season. The Packers enter week 8 with a one-game lead over the Vikings in the NFC North.

Kansas City started the season where they left off last year but hit a speed bump of late. The Chiefs opened the season with four straight victories, rolling over the Jaguars and Raiders before winning a pair of close games over Baltimore at home and Detroit on the road.

Kansas City has battled through injuries to skill position players but they’ve been held in check for long stretches in the last couple of games. The Chiefs were neutralized by the Colts in a 19-13 home loss in week five before falling to Houston at home in week six. That set the stage for an AFC West tilt with the Broncos last week.

Green Bay; Start Rodgers, Arron Jones and Marquez Valdez Scantling with confidence.  Geronimo Allison is a flex as is Jamaal Williams.  Allen Lazard turns back into a pumpkin along with Jake Kumerow.  Jimmy Graham is an ok TE option for you based on the depth of that position.

KC – Matt Moore is a SF start and a 1 QB sit.  LeSean McCoy would be the back to target, the rest are a mess.  Tyreek Hill is a must, as is Travis Kelce.  For the first time all season I don’t have any interest in a secondary WR in KC.  Moore is a decent QB but let’s keep this real, Green Bay has a much-improved defense and should be able to slow this offense down and allow Aaron Rodgers to step on the Chiefs throat.

The Giants and Lions enter Week 8 on three-game losing streaks, which brought them down from highs of back-to-back wins before their respective skids.

Sunday marks the midway point of the Giants’ schedule, at which point last season they were 1-7. The Giants have lost two out of the last three meetings with the Lions, the win coming in Week 15 of the 2016 season. The Giants are 2-1 against the Lions at Ford Field.

Wide receiver Sterling Shepard remains in the concussion protocol heading into Week 8. He has missed the last two games since he suffered his second concussion of the season in Week 5.

Detroit enter this week after losing their leading rusher to injury, and after trading their starting safety. Kerryon Johnson has been placed in injured reserve for the second straight season.  He injured his knee in Sunday’s loss to Minnesota and underwent surgery Tuesday morning. Johnson will be replaced by rookie Ty Johnson and former Seattle Seahawk J.D. McKissic.

A second-round pick in 2018, Johnson had 434 yards from scrimmage and three total touchdowns in six games this year. On Tuesday, the team also traded safety Quadre Diggs and a 2021 seventh-round pick to Seattle in exchange for a 2020 fifth-round pick. Diggs had appeared in 65 games with 40 starts for Detroit. The Lions like their options in young draft picks Tracy Walker and Will Harris.

For the Giants – Start Daniel Jones you can throw on this Lions D especially with Diggs gone.  Barkley is a must, Golden Tate in a revenge game and Evan Engram are also starts.  Sterling Shepard remains in the concussion protocol and likely is out this week.  If you need a flyer roll with Darius Slayton.

Lions – Stafford is a start, Kenny Golladay and Marvin Jones are starts.  TJ Hockenson is a start here as well.  Ty Johnson and even JD McKissic can be a flex if you need a RB.  I think I prefer Johnson here.  I’m not overly high on either back but hey it’s the Giants that defense acts like the Red Sea and the opposing RB is Moses.