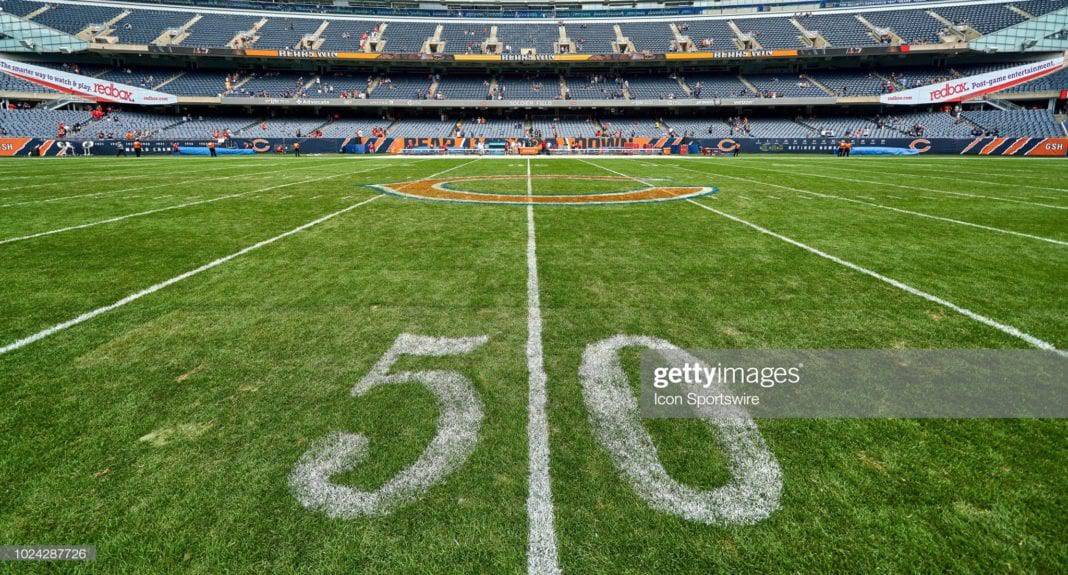 We get our first look at rookie running back David Montgomery in this one. Montgomery joins a talented cast on offense for Chicago. The Bears are returning all their key weapons from a year ago; QB Mitch Trubisky, RB Tarik Cohen, WR Alan Robinson, Anthony Miller, and Taylor Gabriel. Starting TE Trey Burton is questionable with a groin injury. Adam Shaheen will be his replacement if need be.

I would be comfortable starting Trubisky, Montgomery, Robinson and Miller in this one. This Bears offense is going to score points. I want to wait a week to see how Head Coach Matt Nagy utilizes both Cohen and Gabriel in his offense before I start them.

On the defensive side of the ball, Bears led by new Defensive Coordinator Chuck Pagano are poised to wreak havoc on Aaron Rodgers and the Green Bay Packers.
The Bears gave up the 3rd fewest total yards and 2nd lowest points per game in 2018. The defense is nearly man for man the same as their dominating 2018 squad.

The Lions will roll out their new offense lead by new Offensive Coordinator Darrell Bevell in their season opener vs. Arizona.

The Lions by all accounts are expected to be a run-heavy offense in 2019. If there was a game to throw, this would be it. The Arizona secondary is one to exploit with Patrick Peterson starting his 6 game suspension and Robert Alford out with a leg injury.

The Cardinals offense is expected to be high tempo with the intent of running a high number of plays. Detroit may need to step on the gas to keep up.

Kerryon Johnson and Kenny Golladay should be started with confidence and Matt Stafford and Marvin Jones Jr. are solid daily fantasy plays in week one. Leave rookie first-round TE T.J. Hockenson on the bench, for now, I want to see how he is utilized in this offense before I am comfortable starting him.

The Packers and new Head Coach Matt LaFleur travel to Chicago to face the Bears.

For the first time in his career, Aaron Rodgers has a new head coach and had to learn a new offense for the first time since his rookie season. The offensive weapons are there for Rodgers, RB Aaron Jones, WR Devante Adams, Geronimo Allison, and Marquez Valdez-Scantling. TE Jimmy Graham returns as well.

How the Bears handle or don’t handle the Bears pass rush will likely dictate how Green Bay starts their 2019 season. Start Aaron Rodgers and Devante Adams without hesitation. I would be cautious to start any other member of the Packers offense in this one. Aaron Jones is an option if you must, but be wary of his past vs. the Bears.

The Vikings and their new look offense open at home vs. the Atlanta Falcons.

This one should be fun with some key battles; Kirk Cousins vs. Matt Ryan, Dalvin Cook vs. Devonta Freeman and Stefon Diggs vs. Julio Jones.

Minnesota looks to be a run-first team in 2019 with a healthy Dalvin Cook and an upgraded offensive line. Kirk Cousins returns for his second season in Minnesota and looks to build off his efficient 2018 season. Last season, the quarterback became the only player in NFL history to throw for 4,000-plus yards and complete 70 percent of his passes while throwing at least 30 touchdowns with 10 or fewer interceptions.

WR Stefon Diggs and Adam Thielen, and TE Kyle Rudolph are back as the prime pass-catching targets for the Vikings. I anticipate a rather low scoring affair in this one. Start Cook, Diggs, and Thielen in this one. I anticipate one of Diggs and Thielen to disappoint here, but I am not sure which one it will be. I need to see this offense before I am comfortable to start Cousins and or Rudolph.

Jacoby Brissett Will Not Play Saturday