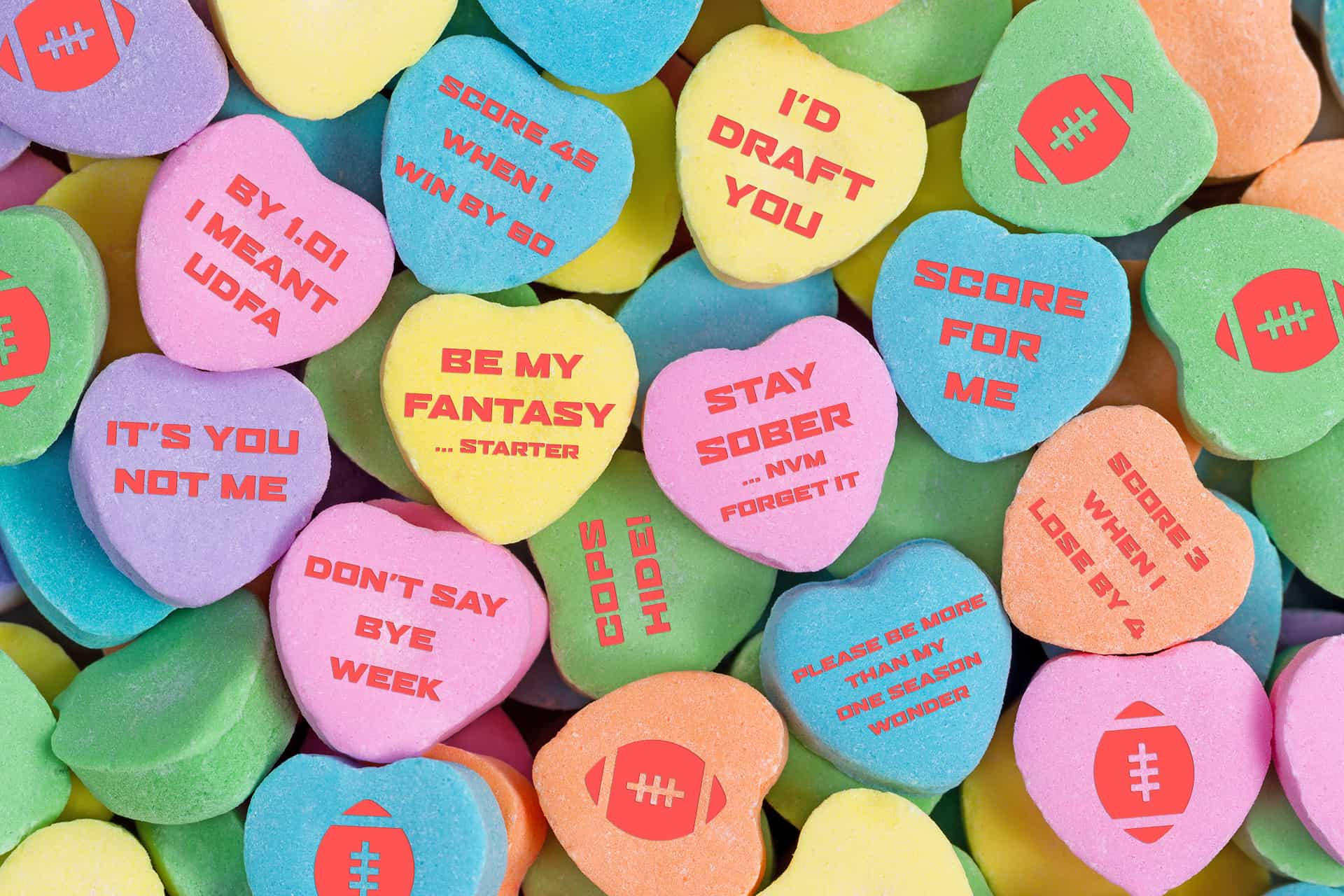 Valentines Day is here. Dynasty rookie drafts and startups are right around the corner. With all that going on, the RotoHeat team came up with the idea of a Valentine’s Day themed article. Once I brought up the fact that I had been engaged three times but have never been married, it became apparent that I was the right man for the job.

In this article, we are going to dive into five of my ex-favorite fantasy players and how they relate to my past relationships.

Disclaimer: All female names have been changed for this article. A couple of them might stab me if they ever ran across this article.

ATLANTA, GA – NOVEMBER 23: Josh Gordon #12 of the Cleveland Browns stands on the sideliens in the first half against the Atlanta Falcons at Georgia Dome on November 23, 2014 in Atlanta, Georgia. (Photo by Scott Cunningham/Getty Images)

Sarah was my first real relationship. We dated for almost a year before I broke it off with one of the worst excuses ever. See, I got the bright idea that she was the reason my batting average dropped during my junior year baseball season. So going into senior year I said we gotta end it. She stalked me and told any girl I talked to that I was just trying to get in their pants. She was out to sabotage any potential relationship for the next year.

How does this relate to Josh Gordon? Well, in 2013, I became a huge fan. He had to sit out most of 2014. He then was suspended for the entire 2015 season in February. Come time for the draft of the first dynasty league I started, he was dirt cheap so I swooped him up.

Fast forward two years before I would see him play again. He came in and averaged over 18 yards per catch in 5 games with Cleveland, and he looked like he was his old self. Then 2018 came, and he was released by Cleveland and nobody knew if his career had just taken the “Justin Blackmon” turn.

Enter the Patriots. In 11 games, he had 720 yards and was averaging 18 per catch. It looked like he would make it to the 2019 season without an incide… nope! An incident happened. Back to rehab. Brady is going to ‘babysit’ him. If anyone can help him get right it is the New England Patriots.

He then was released about half way into the season. Again, his career might be over. Then Russ Wilson and Seattle came calling and nope… the production was lackluster and then he was once again suspended.

Through this all, there were legitimately only a few selling opportunities in that five season stretch. For me, after holding him for so long, none were worth it. His talent was never in question for me–it was if he would stay on the field.

Like Sarah, Gordon blocked future opportunities, but for five full years. While I was too stubborn to give up his upside for a random 2nd round pick multiple times, I have to wonder if that pick could’ve been JuJu Smith-Schuster or Patrick Mahomes.