Home Dynasty Mike Williams’ Dynasty Value is Too Low in 2022 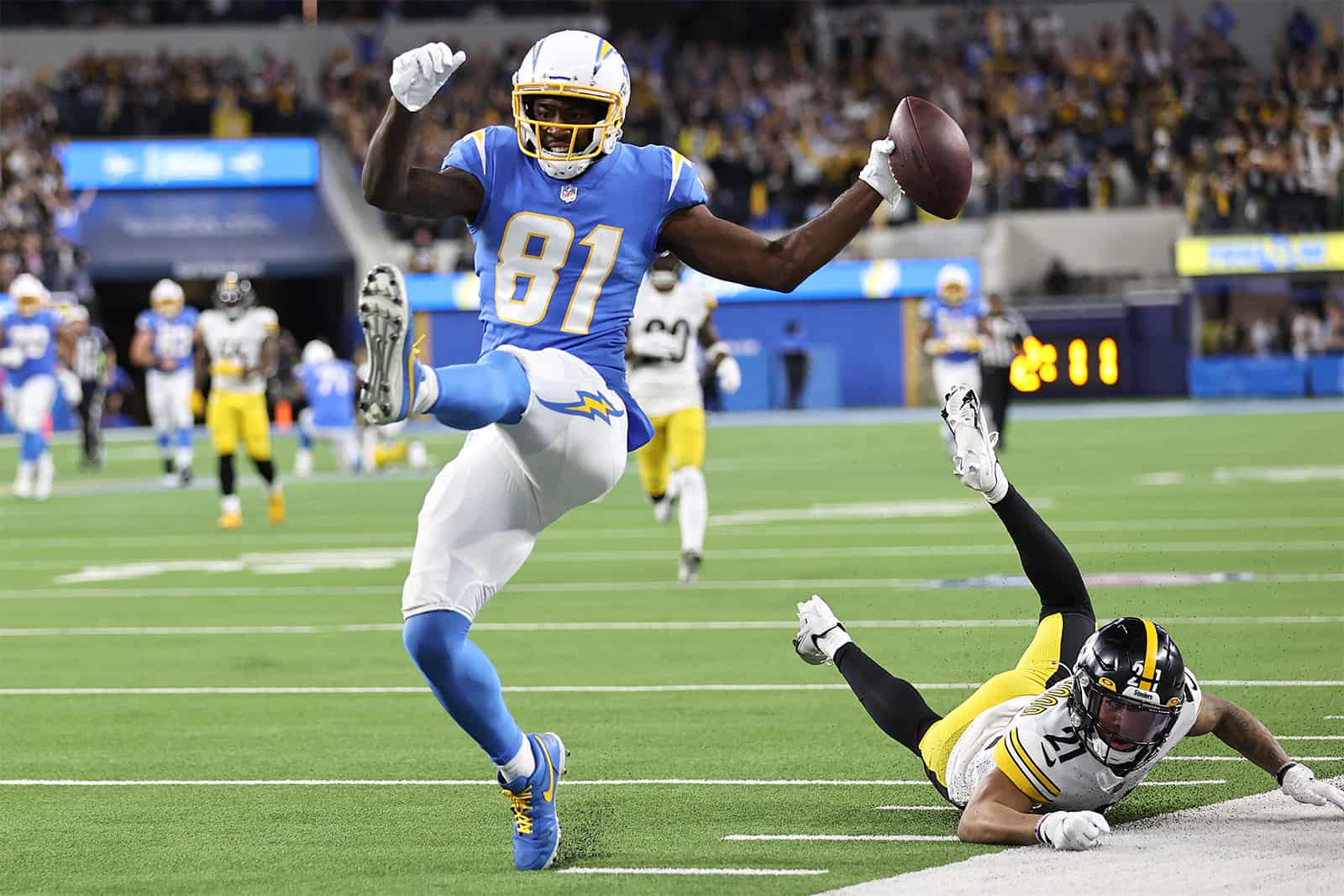 I get it, he disappears in games every now and then. His bad games may sting, but Mike Williams’ dynasty value is too low in 2022 regardless. This is why he is the first of seven unvalued wide receivers that I am going to cover over the next seven days. None of these players will have an ADP under 100 and none are top 36 at the position according to DLF SuperFlex ADP.

Yes, in PPR leagues Mike Williams was your WR12, one spot behind teammate Keenan Allen and one ahead of Miami rookie Jaylen Waddle. I know, he had seven weeks under 10 points and those performances are frustrating. But let’s not act like he didn’t outperform his ADP in 2021. At this time last year, he was going 169th overall as the WR61. So while he had those seven games under 10 PPR points, his 6 games of over 20 PPR points and 8 over 15 PPR points were much more valuable than anybody expected heading into the season.

Mike Williams’ dynasty value rising 67 spots is great, but at WR39, it still hasn’t caught up.

The Chargers’ big move at WR this offseason was actually ensuring that they retained Mike Williams’ services. They accomplished that by giving him a 3-year $60M contract. Nothing else has changed much on the Chargers’ depth chart other than adding DeAndre Carter as their WR4 and Gerald Everett as their new TE1.

On top of there being little threat to Williams’ target share dropping, we have Justin Herbert with yet another year under his belt. Heading into his 3rd NFL season, he is expected to take another step forward. While another year is a good thing in regards to Herbert, Keenan Allen is about to play his age 30 season. It is entirely possible that Mike Williams is needed to take on a bigger role. Keenan Allen’s 157 targets in 2021 were his most since 2017.

If Mike Williams is going to have a shot to match his 2021 finish as a top 12 wide receiver, he is going to have to maintain his target share. As long as he does that, it is pretty much a given that he will demolish his ADP as WR39. Last year he averaged 1.91 fantasy points per target. This was right in line with many of the big-name receivers;

It was also a little surprising to see that Mike Williams didn’t even hit double digits in touch-down receptions. He still finished tied for 9th in the league, but it is very possible that he could add another 2-3 in 2022.

Mike Williams’ Dynasty Value is Too Low in 2022 Conclusion

While he is a polarizing player, Mike Williams is likely to finish as a top 24 wide receiver in 2022 and most likely 2023, far outproducing his WR39 ADP. He has one of the game’s top young QBs that is continuing to improve and very little competition as the WR2 in the Los Angeles Chargers’ high-powered offense. With Keenan Allen over the 30-year mark and Mike Williams still in his prime, it is entirely possible that we see him take over as the WR1 in 2022.

If you are trying to win your dynasty league in 2022, Mike Williams’ dynasty value is too low as a WR2 that you can get for WR4 value.