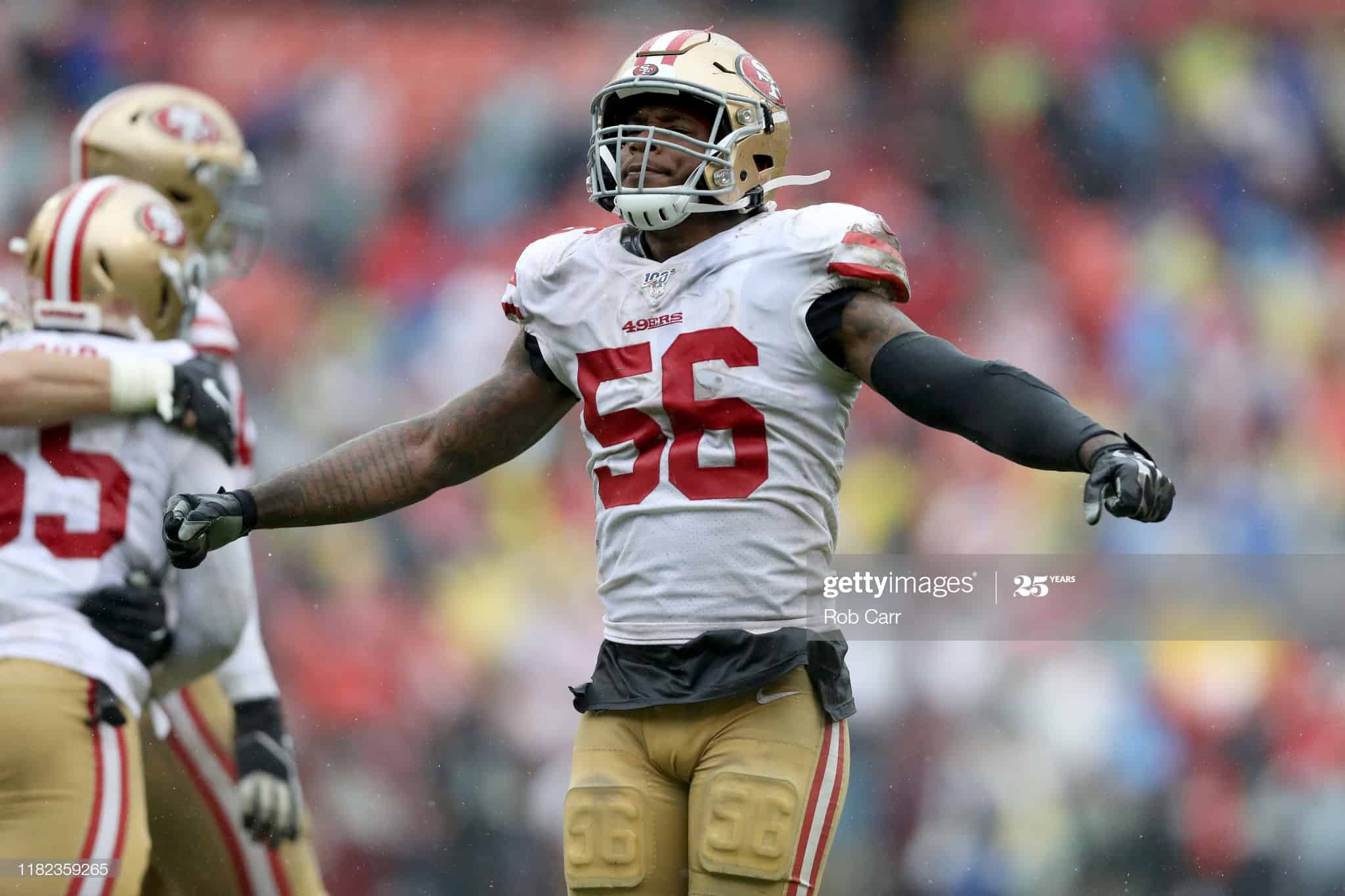 As a four-star linebacker recruit out of Alabama, Kwon Alexander had offers from schools like Alabama, Florida State and Auburn before choosing LSU. He played sparingly his freshman year, but turned in 65 total tackles (6.5 for a loss) and three pass deflections over his 13 games in his sophomore year. He declared for the 2015 NFL Draft after his Junior year, in which he had 90 total tackles (7.5 for a loss), 1.5 sacks, two forced fumbles and one pass deflection (statistics courtesy of Sports Reference).

The Tampa Bay Buccaneers traded up in the fourth round of the draft to select Kwon with the 124th overall pick. Kwon had a great start to his career with 93 tackles (59 solo, six for a loss), three sacks, two interceptions, two forced fumbles (one recovered) and nine pass deflections over 12 games (he was suspended four games for violating the league’s performance-enhancing substance use policy). He played in all 16 games the next year, ending it with 145 tackles (108 solo 12 for a loss), three sacks, one forced and one recovered fumble, one interception (for a touchdown), and 7 pass deflections.

He had another solid outing in his third year in the league, and this time he earned a Pro Bowl nomination when he replaced Bobby Wagner. Unfortunately, things started going downhill in terms of games played, as he missed four games that year with a left hamstring injury.

In the 2018 season, he ended up playing only six games as he tore his right ACL in Week 7 and missed the rest of the season. Kwon was a free agent after the 2018 season and signed a four-year contract with the San Francisco 49ers. He only played in 8 regular season games that season due to a torn pectoral muscle that he suffered during Week 9. He returned for the three 49ers playoff games, but also had off-season biceps surgery this year.

In Kwon’s absence the past two years, we have seen the emergence of fellow San Francisco linebackers Fred Warner and Dre Greenlaw. With Warner slotted for starting MIKE duties, Kwon and Greenlaw are competing to be the starting WILL. This will be a big battle to watch, as the loser will likely start at SAM instead, which generally is a lower production position when compared to the other two.

Kwon’s outlook beyond 2020 is very similar to his 2020 outlook. He seems set to stay in San Francisco for the next few years unless traded, as he has a cap hit of over $16 million each of the next two years. Which position he starts at, and his long-term health, will be keys to how well he produces.

If he is traded, all bets are off. He has proven production and only turns 26 this August, so it is possible the 49ers would be willing to let him go in a trade for the right offer. My guess is that he remains on the team the next few years. The 49ers are in win-now mode, and the odds of them getting what they’d want back in a trade seems unlikely.

If Kwon ends up as their long-term WLB, I can see LB2 production for your team. If he starts at SAM instead, you are looking at likely LB3 production. There are a lot of good defensive players on the 49ers defense, and if he is off the field on most passing downs, I see a tough road ahead for him to maintain LB2 production.

Kwon is a hard one to put a value on. When healthy, he has LB1 value, but as discussed, staying healthy has been a constant issue for him. Along with the injuries he has had in the NFL, it is worth nothing that he missed most of his senior year of high school due to a knee injury as well. Whether or not people are “injury prone” is long debated in the fantasy community, but people with a long injury history normally will not get you as much in a trade due the perception of a higher chance of re-injury.

If you need help at linebacker and believe he is past is injury issues, I would be fine with trading a late second for him, but would start with a third. You may be able to get him for a third from a skittish owner, especially this year with how deep the rookie drafts are.

Let us know what you think about Kwon Alexander; we have him currently as the #51 overall IDP, and #26 linebacker in our free IDP Rankings. You can catch our IDP-Specific Live Stream Monday Nights @9:30 Eastern time over on YouTube! You can also find me on Twitter!