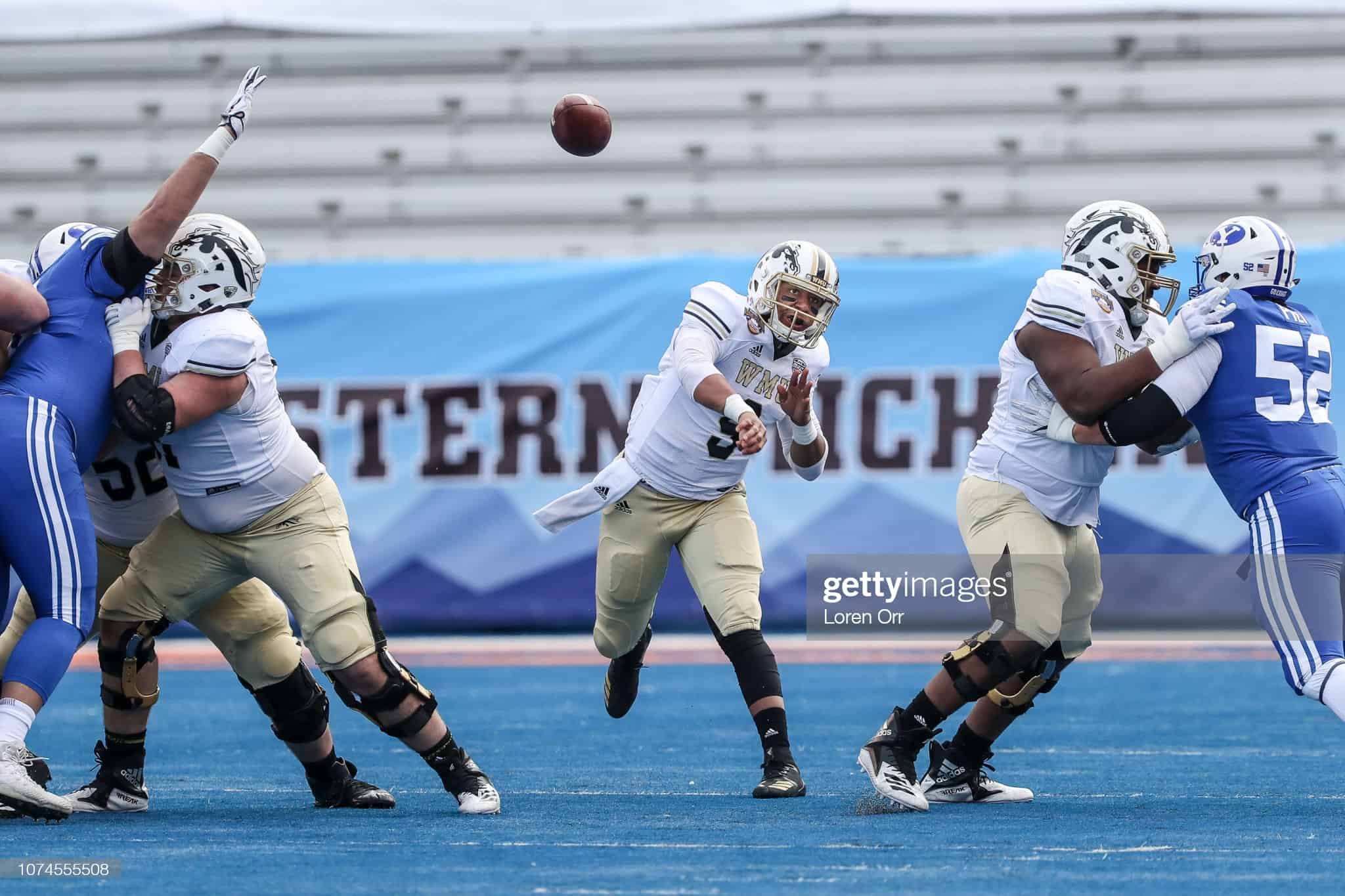 Kaleb Eleby, the 6′ 2″ 205lb quarterback of the Western Michigan Broncos, is a 3-star prospect (based on 247) that had quite a few options coming out of Pattonville High School, in Maryland Heights, Missouri. He had offers from schools such as Arkansas State, Ball State, Illinois State, Iowa State, and plenty others before he chose to go to Western Michigan. When you watch the tape, specifically against Central Michigan, you see the depth of Eleby in that he can do all the RPO’s and execute them well. He’s not the fastest quarterback in college, but he has an above average arm and is able to put anice touch on the ball, especially in medium to deep passes.

He’s had two seasons of action and performed well thus far. In 2020, he completed 64% of his passes in just 6 games of action. If you check out PFF’s quarterback grades from the 2020 season, Eleby finished in the top 20, ahead of guys like JT Daniels, Mark Willis, and Myles Brennan (who are all players being mentioned as draft prospects, where Eleby isn’t). When you have a player like D’Wayne Eskridge at wideout, its not surprising that he’s looked good throughout his career. He has enough zip on his passes that he can fit the ball in tight window–a perfect example would be in 2020 versus the Chippewas–but he also does a good job of not leaving his receivers out to dry in the sense that he’s got good accuracy even when under duress.

2021 will be an extremely telling season for Kaleb Eleby, but with the team that they have around him, if he can continue to keep developing while keeping the 64+% accuracy, as well as getting more game action under his belt, he could make a case in either 22′ or 23′ of having his name called in the NFL draft! From a fantasy perspective, he’s still not necessarily draftable but is a player I was considering in some of my deeper devy leagues (especially in superflex).