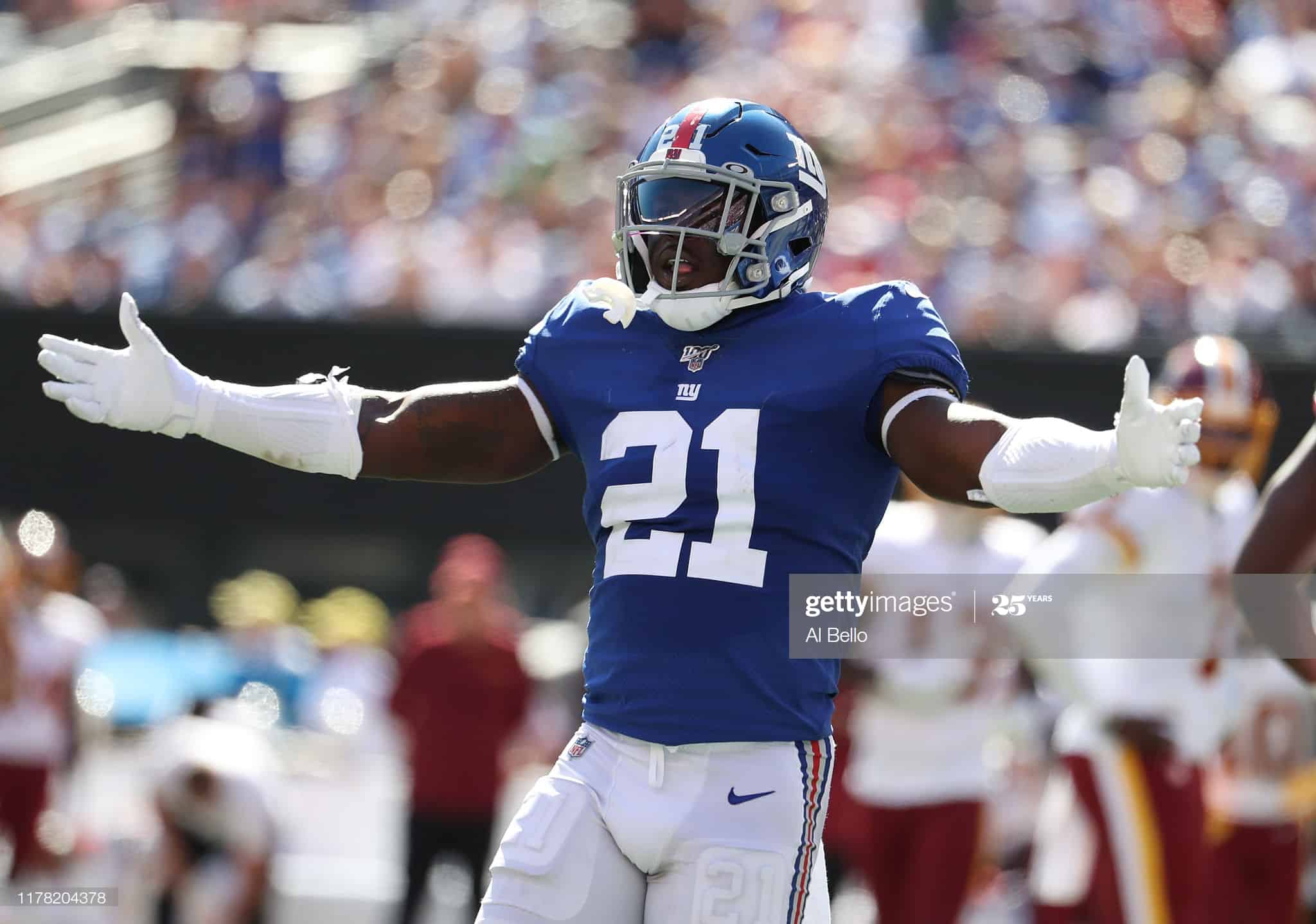 Jabrill Peppers has had a rather interesting start to his pro career; H was a former 1st round pick of the Cleveland Browns, then a sudden trade after his second season had him on the move to the Giants. The thing I found interesting is at the time of the trade, Peppers was an ascending young talent, concluding his second season with 79 combined tackles, 4 quarterback hits, 3 fumble recoveries, 5 pass deflections and an interception (according to Pro-Football-Reference).

His first season with the Giants was much of the same–nearly identical stats but in 5 less games. He started all 16 games the year before, but only 11 last year after missing the last 5 games with a transverse process fracture in his back. Peppers will have help this year as the Giants continue to churn the aging players from the roster, targeting James Bradberry, Blake Martinez and Kyler Fackrell in free agency. In the NFL draft, the Giants got a suitable partner for Peppers, adding Alabama Safety Xavier McKinney, forming a really nice, young safety duo to go with the other talent they’ve acquired this year.

All signs point to a healed back and an ascending, young, talented leader entering his 4th NFL season. The Giants picked up his 5th year option, so we should expect at least two more years in this defense, and if he continues his growth trajectory, I peg him for 70 solo tackles, 95 combined, as well as some tackles for loss, pass deflections, and at least another 1-3 interceptions in 2020.

Peppers tends to be an underrated player when I look at acquiring him in my IDP leagues, as people aren’t really too hot or cold on him, but I think he can be a quality starting safety for your dynasty team for many years to come. He finished as Safety #18 in 2019 even with playing 11 games based on RotoHeat IDP Scoring, and could have easily gotten into the back half of safety one consideration if he played all 16. At just 24 years old, as long as this back injury isn’t something that gets worse over time, he could be a good starter for at least 5-7 years.

If I own Peppers, I see him as a back-end safety 1 value, which could be considerable depending on your league’s scoring. That being said, to sell him I’d want a 2nd rounder, top 6 preferably, and that’s about the price I’d pay to acquire him if I was looking to target him. The downfall with trading for an IDP asset is there are quite a few safeties that I like a lot, so I’m not in a hurry to go shopping for a safety unless it’s part of a package deal.

Let us know what you think about Peppers, we have him currently as the #62 overall IDP player in our free IDP Rankings, and you can catch our IDP-Specific Live Stream Monday Nights @9:30 Eastern time over on YouTube! Keep the conversation with me going over on Twitter as well!