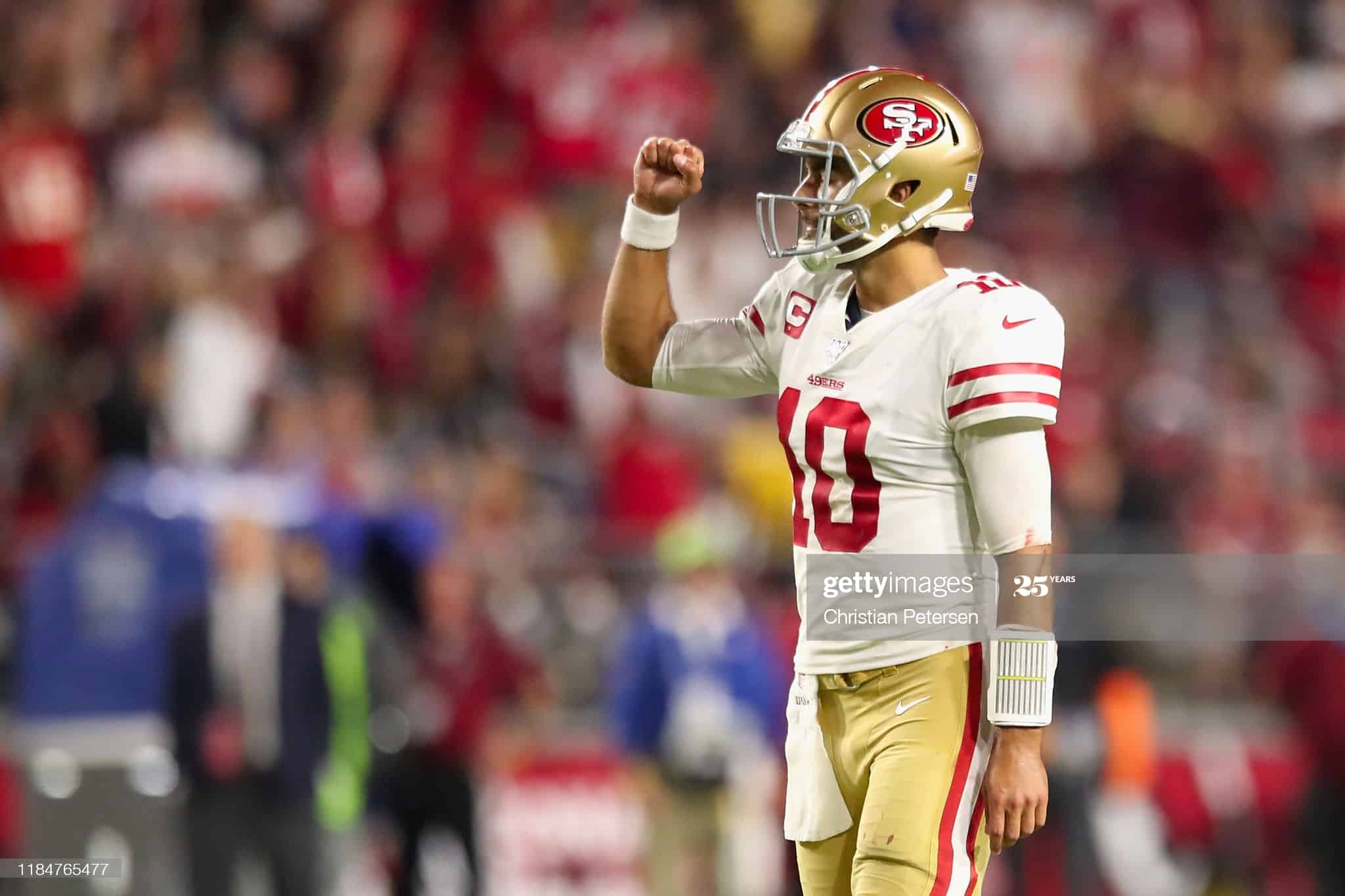 Favorite Late Round QBs in 2020 redraft

Now that I have told you not to draft Daniel Jones in redrafts, it is only natural  that I come back with an article where I tell you who you should be going for in drafts as your Late Round Quarterbacks. So here we are, with 4 QBs I am targeting in round 12 or later to start in week 1.

The primary reason I like these guys late in drafts, over Daniel Jones, is their schedule. For two of them, the added benefit of rushing certainly plays in.

The 49ers quarterback is one of my favorite QBs to use a pick on for my the late round quarterbacks of redrafts.

3 of Jimmy Garoppolo’s 5 QB1 weeks, came against Arizona (twice) and Cincinnati. Both teams were amongst the five worst teams against opposing QBs in fantasy. Coincidentally, his first two weeks in 2020 is against two of the three teams that allowed the most Fantasy Points Against QBs: The Arizona Cardinals (1st) and the New York Giants (3rd), which is good news for redraft. I know both teams have added a bit on defense, but it is not at all enough to scare me away from these matchups.

To top that off, he gets the New York Jets in week 3, who was just barely in the better half of Fantasy Points Against, at 17th. It is a solid matchup; especially given how they no longer have their best defensive players.

Given his incredibly light schedule to begin the season, and his propensity for going off in these easier match ups, Jimmy Garoppolo is a QB I am targeting hard if I don’t pick my starting quarterback until round 12 or later in my redraft leagues.

Another one of the guys I would be incredibly happy to come away with in the late rounds of redrafts is Cam Newton. He is coming back from an injury that held him out since week 2 of last season and has had him rehabbing without a team for most of the offseason. Finally, the Patriots decided to sign him, which has seen him regain his relevance for fantasy.

Being with a new team and coming back from injury has a lot of fantasy owners concerned. Personally, I am not concerned. He is a former MVP, the former QB1 in fantasy, and has been a QB1 in 6 of his 8 seasons (discounting 2019 when he only played 2 games). Of those 6 seasons, Newton finished as the QB5 or better in 5. He has never finished worse than QB17.

He is older now, and perhaps has quite a bit more wear and tear on his body. However, I still believe that Cam is going to run the football, especially near the goalline, where he is the biggest threat on the Patriots’ roster. In his season opener he gets the Dolphins offense, who was the second worst team against opposing quarterbacks in fantasy last season. Apart from a good match up in week 1, Cam still represents a lot of upside in fantasy, and starts off with 3 games against average to good match ups for a quarterback, against the aforementioned Dolphins (2nd worst against QB), Seahawks (16th worst) and Raiders (8th worst).

His ADP is currently 178 (14th round), but it’s creeping upwards, so be aware of that. Cam is looking healthy in camp, so I’m not concerned about him getting injured. He is a good pickup if you adhere to the late round quarterback strategy.

After a season where Derek Carr finished as the QB17 with close to no weapons, the Las Vegas Raiders front office decided to load up on pass catchers for the 29-year old quarterback. They also brought in Marcus Mariota, if nothing else, than to push Derek Carr to play more like his 2015 and 2016 self.

The additions of Henry Ruggs and Bryan Edwards to the receiving core, however, doesn’t seem to have added much to how fantasy managers view Carr. Right now, he sits at 191 in ADP (15th round).

Chances are Carr ends up somewhere in the vicinity of last season’s overall fantasy finish, but he is still someone you will be able to rely on every now and then throughout the season, to be a streaming quarterback.

Week 1 is one of those weeks, where you will be able to stream Derek Carr, who plays the Carolina Panthers. The Panthers have had a massive rework of their roster, especially on defense, where they are likely to start a handful of rookies, and project to be one of the worst defenses.

As a result, Derek Carr is a good streaming option for that week, that you can pick up at the tail end of your draft.

If you have been playing fantasy football for a couple of years you know, that quarterbacks who can run, is considered a bit of a cheat code. And this guy has the ability to pick up yards on the ground.

Even so, Tyrod Taylor is someone who doesn’t get drafted at all in 1QB redraft leagues. A lot of fantasy owners though, seem to dislike Tyrod for various reasons. Some people believe he is going to lose his starting job sooner rather than later. Others seem to think he is not a good quarterback, who does nothing but dink and dunk.

As Rick Butts has previously gone over, Tyrod Taylor’s deep ball is a lot better than most people want you to believe, and last time he was a full-time starter, he was very serviceable in fantasy, finishing as the QB16 in 2017. As for only being a bridge-quarterback, who will end up being benched for rookie Justin Herbert sometime during the season, it is only going to be a concern if Chargers are out of contention early in the season. If the Chargers remain in the hunt for a playoff spot, Tyrod is going to be the starter. With the roster they have in Los Angeles, that should be well into the season, if not the full length of it.

At ADP 306, Tyrod is absolutely free in 1QB leagues, and with a match up against the Cincinnati Bengals, who allowed fifth most fantasy points to opposing QBs in 2019, he has a good match up, and with his rushing ability he should present a good floor in the season opener, as someone you can stream without paying anything in your draft.