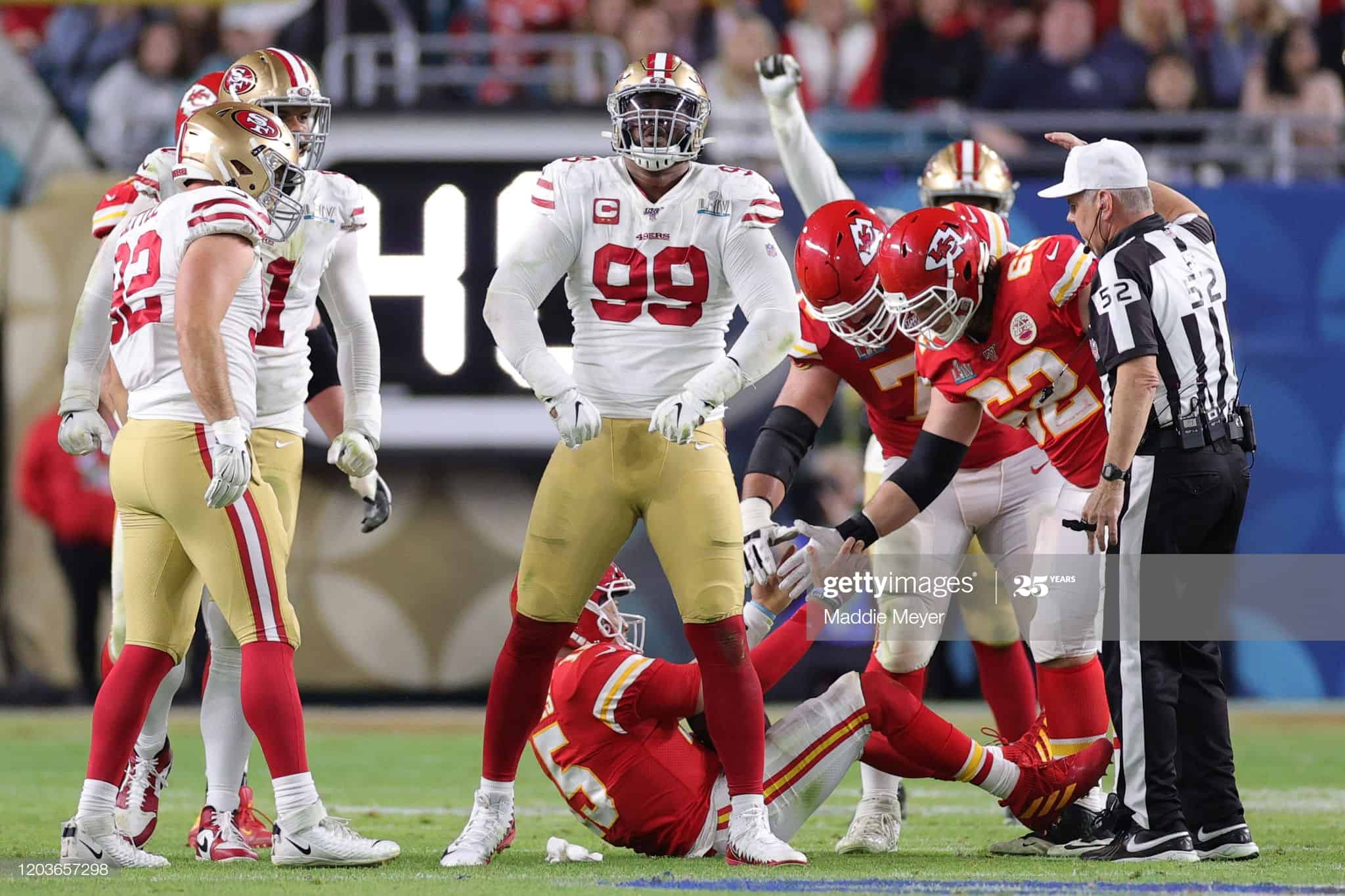 At around 6’7” and 300 pounds, DeForest Buckner is a mountain of a man. The San Francisco 49ers made him the seventh overall pick in the 2016 NFL Draft when he left Oregon after his senior season. He started all 15 games he played during his rookie season, and he ended up with 73 combined tackles (seven for a loss), six sacks and two fumble recoveries.

In the following three seasons, he average 63 tackles (41 solos), 10 tackles for a loss, 3 pass deflections and 7.5 sacks. He was elected to the Pro Bowl after the 2018 season. In each of the three seasons after his rookie year, Buckner was at worst a DL2 (stats courtesy of Pro Football Reference).

On March 18, 2020 the San Francisco 49ers traded DeForest Buckner to the Indianapolis Colts for the 13th overall pick in the 2020 NFL Draft. Buckner looks to be maintaining the same kind of role in the Indianapolis 4-3 defense that he held in the 49ers 4-3 base defense. The supporting cast that Buckner played with last year in San Francisco was elite–Fred Warner, Kwon Alexander, Dee Ford, Nick Bosa and Arik Armstead all have top end talent (and that is just within their front seven).

He won’t have as stellar of a supporting cast around him in Indianapolis, but Justin Houston can still produce, Darius Leonard is an LB1, and Denico Autry and Kemoko Turay have both had flashes in their young careers. Teams may now be able to focus on Buckner more than they were able to in San Francisco, but Buckner has shown himself to be able to take on, and win against, double teams. I do not see a real drop in value with the changing of teams.

Buckner is still young enough that he should have many years of high end play ahead of him. As mentioned prior, the only real proven player on the defensive line with him is Justin Houston (who is 31 this season). Now in Indianapolis, he will be a part of a young, up-and-coming defense much like he was in his early years in San Francisco.

Along with his great size and strength, Buckner has great burst and agility for a man his size. Unless some sort of injury issues pop-up (he has only missed 1 game in four years), I expect him to continue have a floor as a DL2, with DL1 potential, for the foreseeable future.

As within the NFL, DeForest Buckner is a valuable asset for IDP teams. Within the scoring system we have discussed on our IDP livestreams, Buckner was the #3 scoring DT last year and the #11 overall defensive lineman. Clearly if you play in a DT required league, Buckner (being only 26 and already showing elite production) is a highly coveted player.

In either case, you would probably have to pay at least a 2nd round pick if you wanted to acquire him from a team. I don’t advocate trading or using first round picks on defensive players unless your scoring is heavily weighted for the defense, but I can see teams holding off on trading him away unless they got one in a trade.

Let us know what you think about DeForest Buckner; he is currently the #1 ranked DT, and 28th overall ranked IDP player within our free IDP rankings. You can catch our IDP-Specific Live Stream Monday Nights @9:30 Eastern over on YouTube!