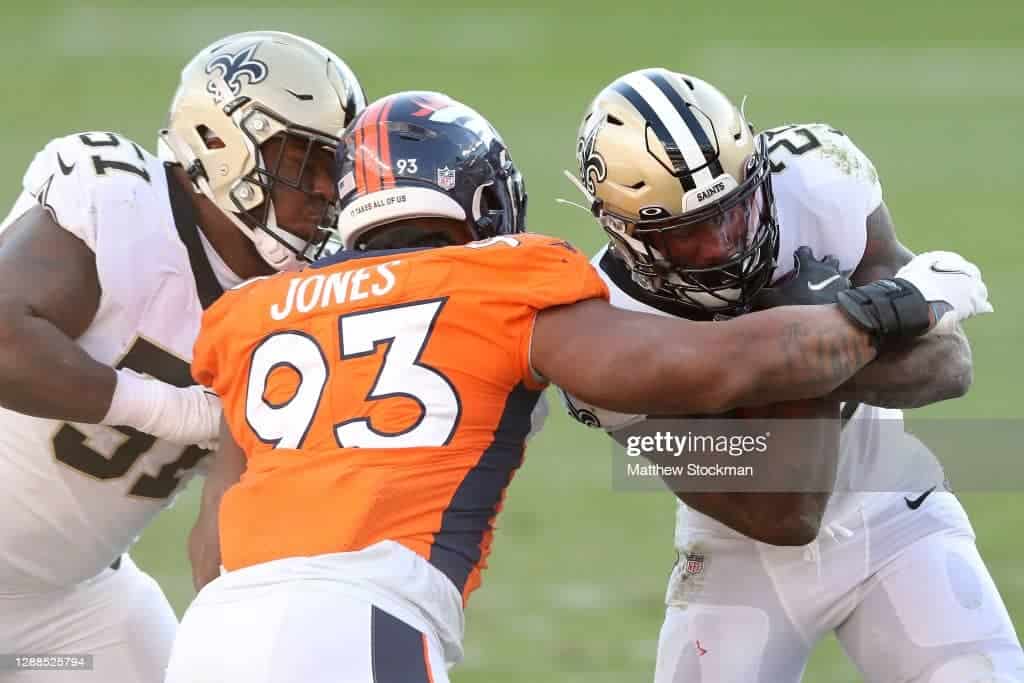 Welcome back to another adventure! We are four adventures in now, so if you missed the first three make sure to go back and check them out!

Our fourth adventure has us leaving Missouri and moving two states over to Colorado where we find the Slide-Rock Bolter. This large creature is said to look similar to a cross between a huge fish and an eel, with a tail that latches onto the top of a mountain where it lays, looking down the slope for prey. When it finds its prey, it releases its tail and slides down the slope to eat its meal.

The force of going down the slope, along with its natural lubrication, then has it slide up the next mountain top where it latches on once again to wait. Given their nature, these creatures are said to live in mountainous areas like Colorado, and we encounter our next cryptIDP right there in the city of Denver.

A four star defensive line recruit (according to 247sports.com) within the 2015 recruiting class, Dre’Mont committed to Ohio State. He redshirted his true freshman year, but over the next three he averaged about 38 tackles (19 solos), seven TFL, three sacks, one fumble recovery and one pass defended a year. He was a First Team All-Big 10 team member after his senior year.

He was drafted 71st overall (3rd round) in the 2019 NFL draft by the Denver Broncos and played sparingly his rookie season, starting one of 14 games. He was an overall fantasy non-factor that year.

So why is he a cryptIDP? Dre’Mont is a 24 year old on an improved Denver defense. He has improved his play each year he has been in the league and is looking at a starting spot. I do not think he will necessarily be hitting a 70% snap share on the year, as even great defensive linemen in a 3-4 rarely get into the mid to high 70s, but an overall increase in playing time, with continued improvement, seems likely.

It will vary based on how your IDP league is set-up, but Dre’Mont was the #16 IL (using the scoring we have discussed). If you are in a league with traditional defensive line (DL) positions then he was farther down, but has standalone value in IL and position specific (DT vs. DE) leagues. He is cheap or free in most leagues, and with more improvement this season his value will only continue to climb in DL position leagues.

Thank you for reading CryptIDPs: On The Hunt For Hidden Value Adventure 4