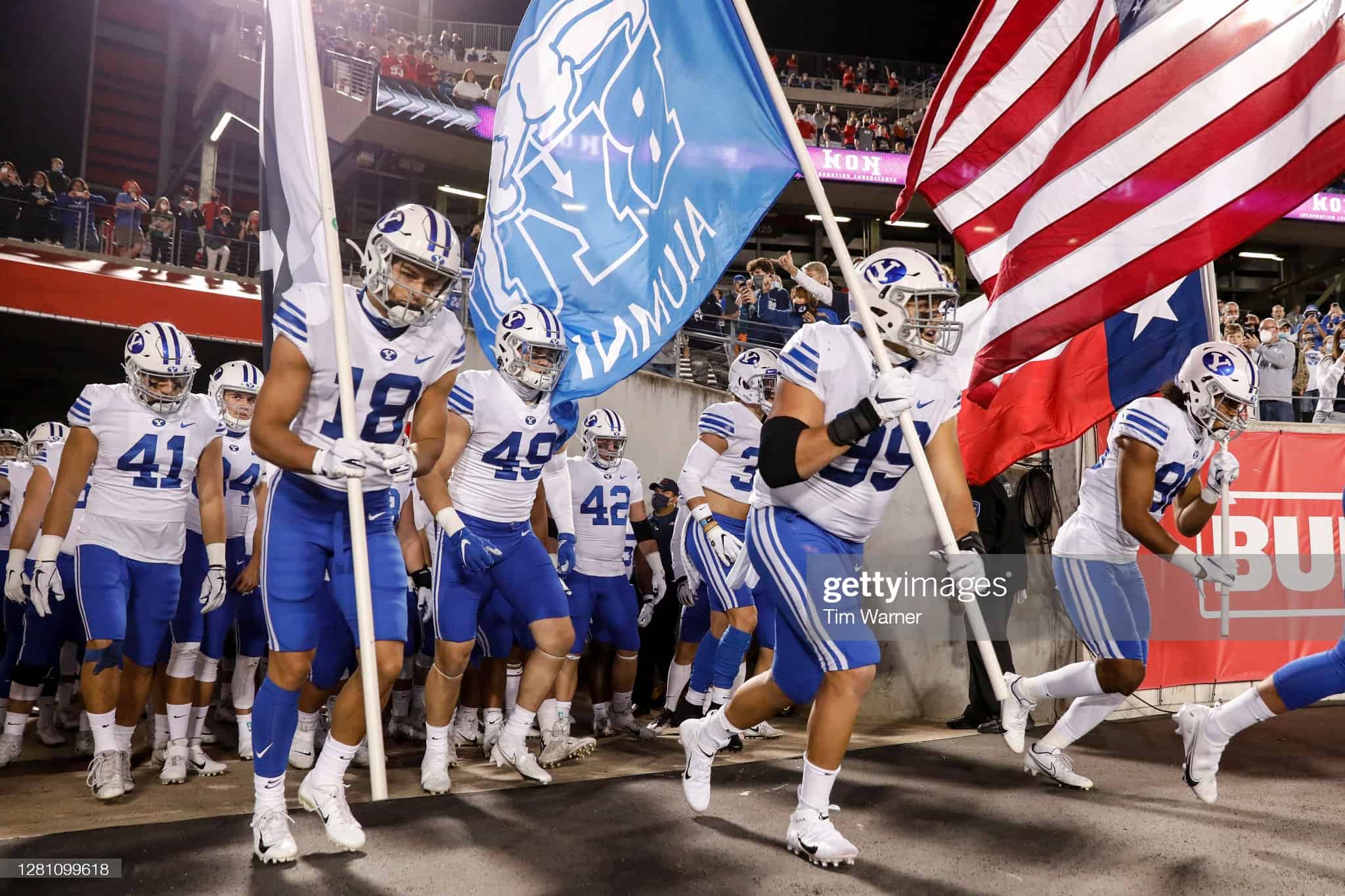 In this team profile, I wanted to talk about the Brigham Young Cougars (BYU), talk about what we saw from their 2020 team, and what we could expect from them in the future (fantasy football future that is)! My goal in this article is to help you get a feel for players that you may be able to target now or in the future in your devy or College-to-Canton leagues. The caveat is that a player that may or may not be on the radar can change (sometimes drastically) from year to year, so this as we stand in late Spring, 2021.

Currently, there are 24 active NFL players (Per Ourlads) with really only Jamaal Williams, Zach Wilson, Taysom Hill, and maybe Matt Bushman being offensive fantasy relevant. On the defensive side of fantasy, there are similarly solid options, but just not a lot of them to choose from. Now, we saw that a successful 2020 campaign brought big rewards for Zach Wilson and half of the 24 other active NFL players as they were either drafted or college free agents added thus far in 2021.

It really starts with Tyler Allgeier, as the 5’11”, 220 pound back brings a solid PFF grade of 92.1 for the 2020 season, and they have him rated highly among college backs to go with that high grade. With Wilson in New York, Provo will need a new lead man, and they look to lean heavy on the run to allow either redshirt sophomore quarterbacks Jaren Hall or Baylor Romney, or freshman Jacob Conover to get comfortable in the pro-spread offense they run.

At the wide receiver position, a pair of brothers transferred that could give them a strong core for ’21 in Puka & Samson Nacua. The theme of the Nacua brothers has been under-utilization, as they haven’t gotten a ton of game action but both bring an above-average athletic profile that could develop into a really nice combo at BYU. They have an interesting pair of freshman wideouts in Keanu Hill and Kody Epps.

At this point, Allgeier is the only player I’d be jumping on in devy leagues, and most likely all these names are guys that are either late-round picks or free agent acquisitions that you will want to keep an eye on!