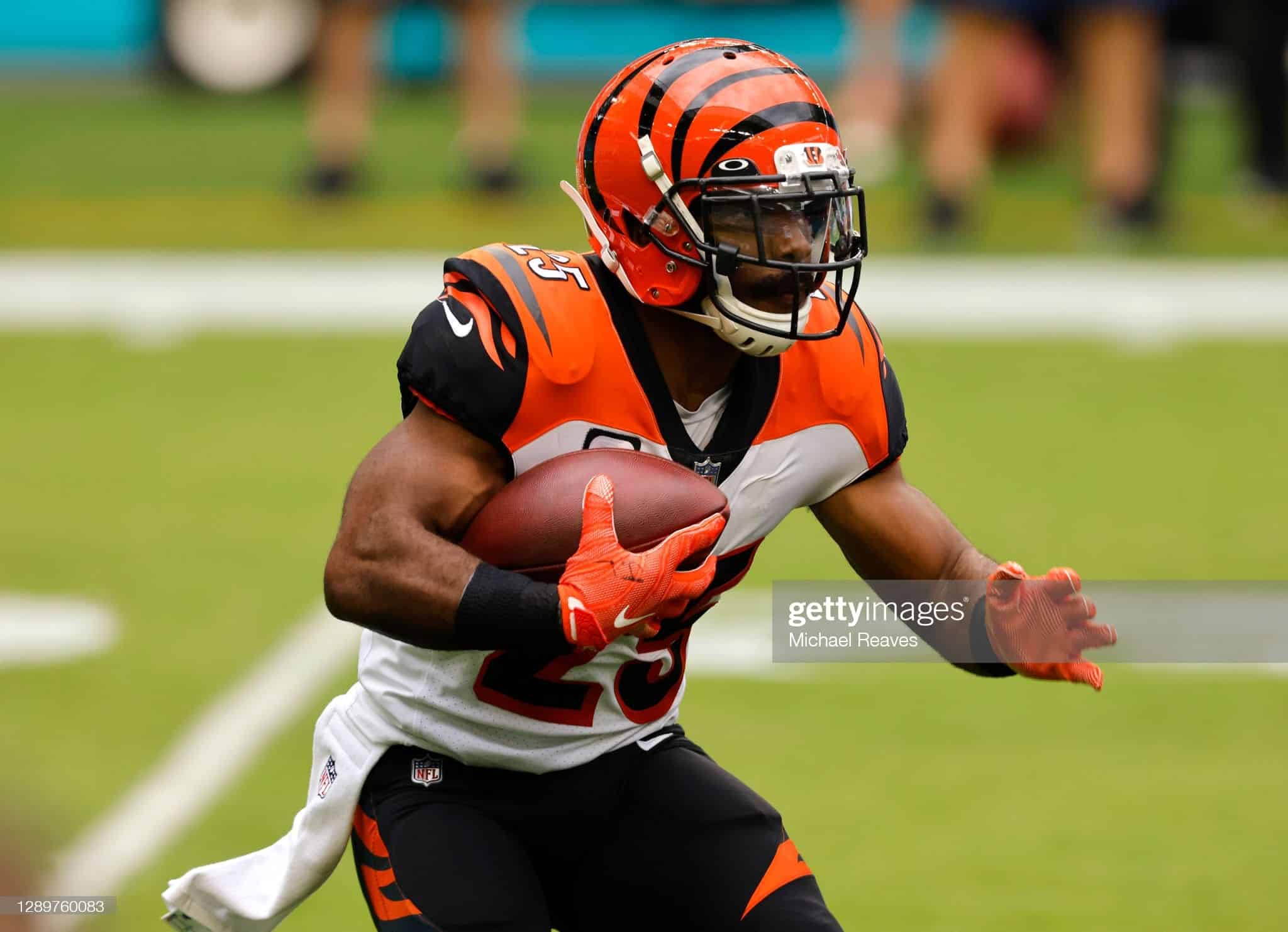 According to NFL Network Mike Garafolo, the Cincinnati Bengals have released RB Giovani Bernard at his request after the team had approached him to take a pay cut. Bernard who has appeared in eight seasons with the Bengals was originally added in the second round out of North Carolina back in 2013. He played in 115 games (30 starts) rushing for 3697 yards and 22 TDs on 921 carries. He also was a significant contributor in the passing game, as his 342 career receptions are the most by a running back in Bengals history, and his 2867 receiving yards are second-most.

The fact that the Bengals a team with significant cap space (6th most in the NFL), approached Bernard looking for a reduction in salary is puzzling. It is especially puzzling for an organization that should be prioritizing the protection of franchise QB Joe Burrow. Giovani Bernard in addition to being a talented playmaker is one of the best pass protection backs in the NFL. The Bengals will now head into the NFL Draft with Joe Mixon, Samaje Perine, Trayveon Williams and Jacques Patrick on the depth chart at running back.

For more great Fantasy Football content, subscribe to our website,  YouTube Channel and follow us on Twitter. Be sure to head on over to rookiedraftguide.com for all our rookie player reviews for both 2021 Offensive and Defensive prospect breakdowns. Become a VIP for only $6 to view all eight category rankings, and view the strengths and weaknesses our team has identified for each player.2021 will be White’s