Home Dynasty 3 Linebackers to add to Your IDP Rosters before 2021! 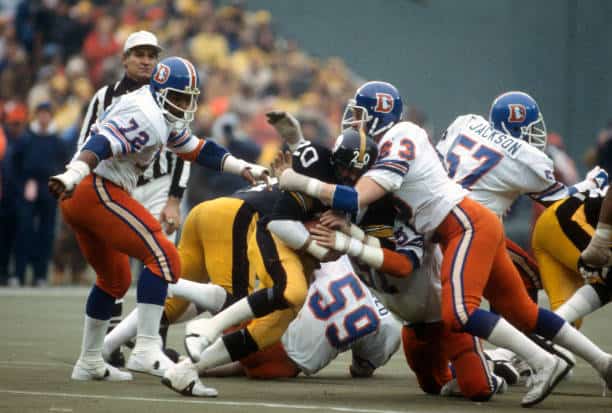 If you are like me, you go to all these “players to add” articles (offense and defense), all excited to read about that new hidden gem and…are you kidding me? He’s not available in any competitive leagues that I’m part of, but when checking my grandson’s kindergarten league…there he is!

I’m here today to bring you a few possible hidden gems that play Linebacker in the NFL that you might not have heard of yet. When choosing a Linebacker to start or roster, look Inside Linebacker first. Everyone always looks for the Big Names with the Sacks (ie. Khalil Mack, Von Miller, Shaq Barrett, etc). Truth be told…Khalil is ranked 59th in my league this year, Von in 2019 had just 46 tackles for the year! Unacceptable! We need an average of at least 5 tackles a game or a minimum of 80 tackles for the year. To better prove my point, Shaq Barrett had 19.5 Sacks last year to lead the NFL! He ranked #30 in Linebacker scoring in my league! 19.5 Sacks, but only 47 tackles with 36 Solo. You want tackles! You also want players on the field. My magical percentage is 80% snap share.

On zero rosters to start the year, this undrafted linebacker from 2017 has surprised way beyond any expectations. He may not be available in your league, but he probably was to start the year. This shows that if you study the free agent wire, you can get a stud in week 2 or 3. To top it off, he is putting these stats up as an outside linebacker! Rookie year-8 tackles. Sophomore year-42 tackles. 3rd year-62 tackles. Should have saw it coming…this year he has 90 tackles in 12 games with 45 solo, 5 tackles for a loss, 3 sacks, 1 forced fumble, 2 fumble recoveries, 3 interceptions, and 5 pass defensed! The guy is a monster and very consistent. He’s only had 3 down type weeks in week 1, 6, and 8 where he had 3 tackles, 4 tackles, and 4 tackles. However, in each of those 3 games he either caused a turnover or got the turnover to make up the points. 100% of the snaps since week 3! If you are lucky enough to have him on the waiver wire in your league…Get Him Now!

This 3rd year Linebacker was a 5th Round pick by the Patriots in 2018. He played in just 3 games his rookie year. He played all 16 games last year with just 2 starts and accumulated 44 tackles with 29 solo last year. Along comes his 3rd year…11 games (2 missed w/ injury) and 11 starts. 8 out of his 11 games was 80% snap count. He has 79 tackles with 45 solo. 7+ tackles a game on average with a high of 14 tackles in week 12 against the Cardinals. Consistency is key as he recorded 5+ tackles in 10 out of his 11 games. The one game he didn’t was week 3 against the Raiders where he had 4, but all 4 were solo! He also has 3 tackles for a loss, 1 ½ sacks, and 2 pass defensed. Will he be affected by D’Onta Hightower’s return? I think they will find a way to keep him on the field.

A 5th year linebacker that was a 6th round pick for the Patriots where he played his first 4 years. Who coached him for his first 3 years? Yep, Brian Flores, the head coach of the Miami Dolphins where Elandon plays this year. Pretty obvious that Coach likes the player a lot. So, what has Elandon done this year to prove Coach right? How bout 51 tackles in 11 games. This last week he got injured in the 1st quarter, so it was just over 10 games actually. 7 games of 5+ tackles, 8 tackles for a loss, 1 forced fumble, and 1 ½ sacks. He has not hit the 80% snap share yet but was trending up before his injury as he had 73% in week 9, 59% in week 10, and 77% in week 11.

Thank you for reading and next week I will have 3 Defensive Backs to get on your roster before 2021. Have a Blessed Day and until next week…may the Fantasy Gods Smile Down on You!