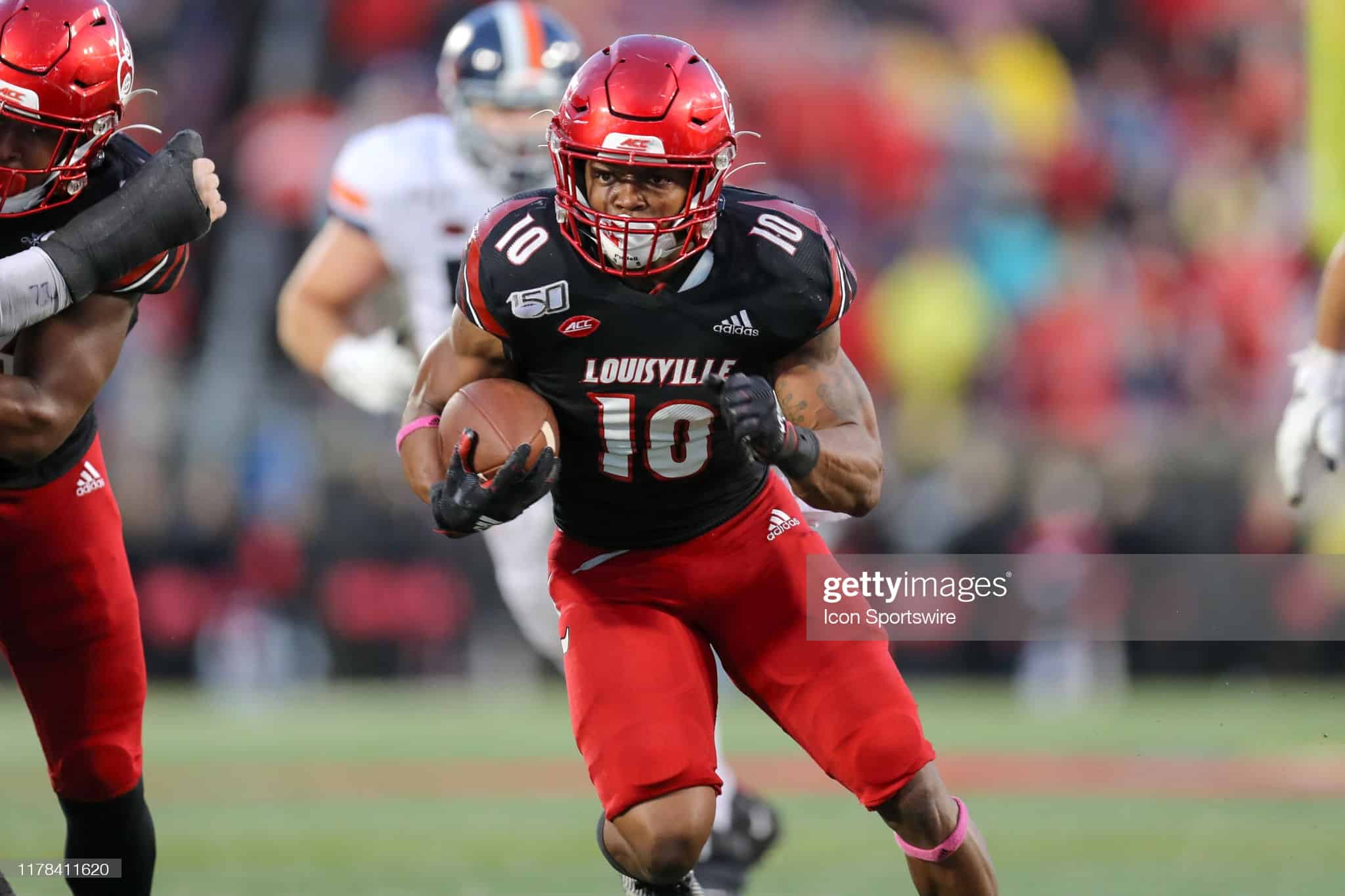 The 2021 UDFAs have been signed! Is there a hidden gem in this class?

Ok, truth be told this is NOT click-bait, as I see some really intriguing 2021 UDFAs that fell out of the 7 rounds but were signed before the weekend was over. I’m going to give you a list of players to keep an eye on, as they have something about them that could push them into the conversation of fantasy roster-relevant players. Now, I want to make it clear that you shouldn’t be spending high draft capital on them, but depending on your taxi squad sizes, you can always stash them and see what happens. I can’t promise that you will get an RB1 or WR1 because they don’t just happen every year, though we have seen some really solid production from the UDFAs over the years.

When you look through the course of NFL history, there are some big named UDFAs across all positions and some that have been very fantasy-relevant. Stadium Talk put out a great piece that talks about Hall of Fame UDFAs, but I wanted to take a little more fantasy-centric approach to the topic. Priest Holmes, Rod Smith, Wes Welker, Antonio Gates, Warren Moon and Kurt Warner are all players mentioned in that piece, and also were really solid fantasy producers. Last year we add James Robinson to those that went from UDFA to fantasy producer. Now, we don’t know if he will get a Hall of Fame nod, but we know he had a really productive 2020 season.

Patterson was dominant at Buffalo, amassing 3,884 total yards and 52 touchdowns over 3 years with the school. Often times we hear that smaller school prospects need to dominate the competition at that level, and we know Patterson did so as well as land in an interesting position. Washington has a top back in Gibson and a solid pass catcher in JD McKissic and some veterans that are closer to the end than the beginning. With Pattersons ability to do it all, I’d love to see what he can do at the next level, and if he gets the opportunity, the compact all-purpose back could give you some fantasy relevance!

Black is a player near and dear to me. As a Michigan man, I was excited about him coming to Ann Arbor, but unfortunately injuries derailed his time with the Maize and Blue. Black landed in a fun spot with the Colts who are a strong team but have some questions at wide receiver. They have 2020 standout Michael Pittman Jr, TY Hilton re-signed (but is getting up there in age), consistent but not elite Zach Pascal, often injured Parris Campbell, 7th rounder Mike Strachan, and some journeymen to fill out the roster. Black has good route-running and burst to really get off the line and get into space quick. I don’t anticipate him being able to be a big play threat but rather a big slot receiver to give Carson Wentz a big target in the middle of the field.

This would be my pick if you told me I had to guess who could show out in the 2021 season. Hawkins comes to an Atlanta offense with a weak running back room, as Mike Davis leads this group and that’s really about it. Hawkins had a solid RAS score of 7.01, and could make his way up the depth chart quickly if they see the same skills he showcased in his 3 seasons with Louisville. In his time there, he averaged well over 5 yards per carry and was able to be involved in the pass game as well (not in a huge way but when you watch his targets, he looks like a fairly natural receiver out of the backfield). Mike Davis was brought in to be their Week 1 starter, but I could make the case Hawkins can work his way into playing time sooner, rather than later.

Here’s another player that scored well on the RAS, though wasn’t heavily targeted in his time with Florida. Grimes is a big kid at 6’4″ and around 220 lbs. I know what you’ll say–they have their WR1 in DeVonta Smith and I agree, and they also have Jalen Reagor from 2020’s class that is a guy we love here at RotoHeat, but after that they have no one. Who would next? 2020 star Travis Fulgham? Greg Ward? JJAW? It seems like there is room for a big red zone threat target, and Grimes is great for the outside with his long-striding ability and can go up and get the ball above the rim.

With a rebuilding team that only invested in one wideout during the draft, UDFAs Adams and Sage Surratt have a chance to make an impact in the receiving room. I leaned towards Adams because he is a physical wideout who is willing to beat up on the opposing secondaries, and I believe the coaching staff will love him. We saw him continue to develop in his time with Arkansas State, and in 2020 he had a monster season beating up the Sun Belt to the tune of 79 receptions for 1,111 yards and 12 touchdowns (14.1 yards per reception). They have some players they signed, and Amon-Ra is a really nice addition in the draft, but there is plenty of room for a long term big man, and Adams looks like he could make that happen!

Thanks for Reading about the 2021 UDFAs

You can catch all our video content on YouTube. Be sure to subscribe and click the notification bell to ensure that you don’t miss any of our other great content! We have free rankings of all kinds over at RotoHeat.com, and make sure to check out our 2021 Rookie Draft Guide!