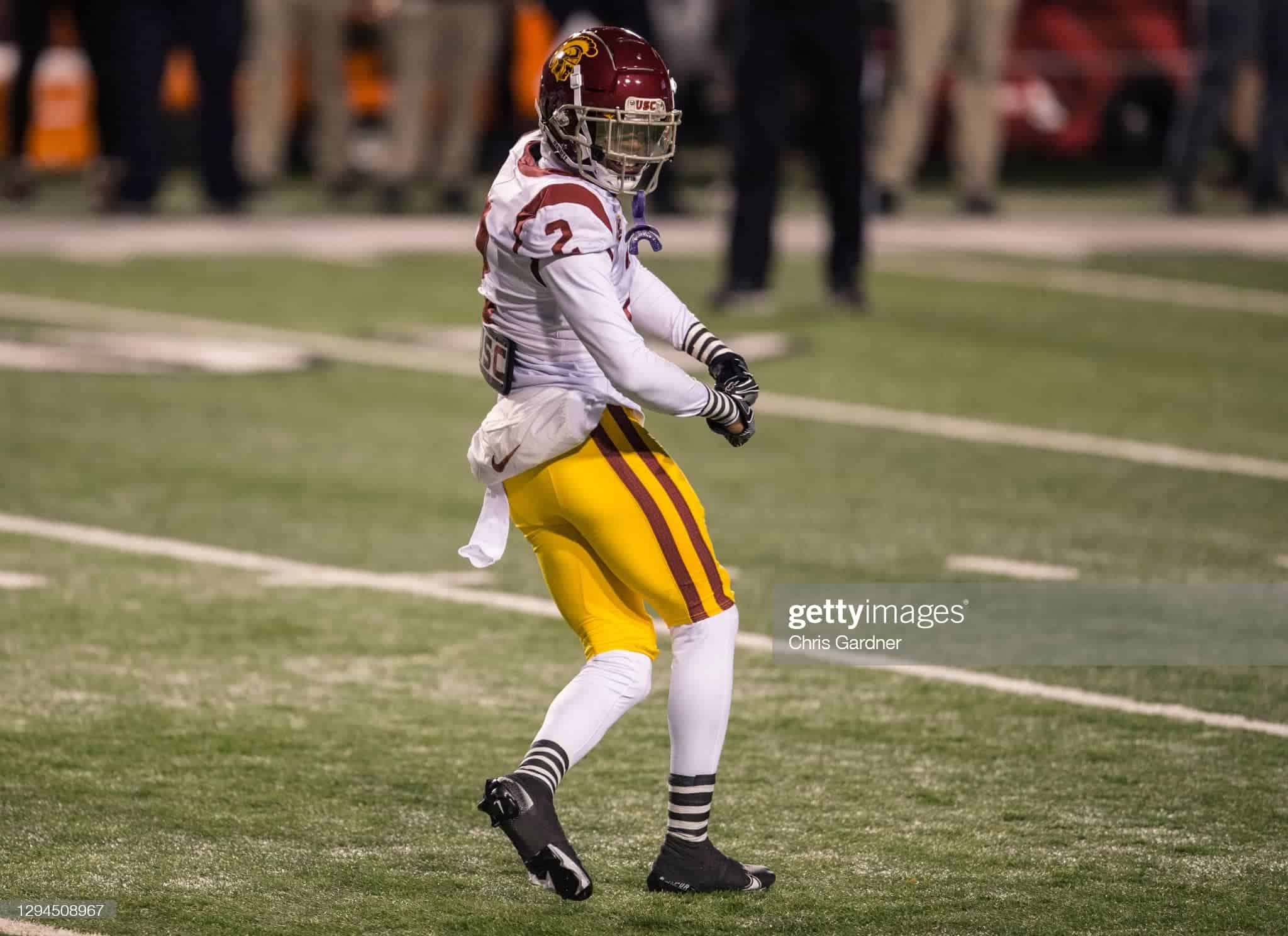 As soon the the 2021 NFL Draft ended we started hearing about signings of UDFAs. Many of these players will never play a down in a regular season game, but many end up in situations with a real chance to earn a spot and start improving their play to work on locking down a longer term contract. Being able to assess those that have a better chance than others is more art than science, but here is my list 2021 UDFA IDP players that could be had for free after drafts and are worth monitoring.

The Buffalo Bills may be getting ready to mount up with this guy! Starting cornerback Levi Wallace is back on a one year deal opposite Tre’Davious White, with Taron Johnson in the slot. Besides those three, they do not have much depth: Siran Neal (2018 5th rounder), Dane Jackson (2020 7th rounder) and 2021 6th rounder Rachad Wildgoose. Griffin was a five-star recruit out of high school, has the length and speed you want, is a willing tackler, and is aggressive. He does need to add strength, and questionable man coverage skills likely helped him fall out of the draft. With the depth chart as it is, he will have a good chance to earn a spot.

Hilliard had injury issues in college, as he only played in 36 games over five years. He did show well in the six games he played in 2020 and has the size and athleticism you like to see. The depth chart behind starting MIKE Fred Warner and starting SAM Dre Greenlaw is thin, so there is opportunity here for him if he can latch on. The 49ers did not draft a linebacker in the 2021 NFL Draft, and Hilliard’s ability to play special teams should give him an even better shot at carving out a role.

Oh, what could have been. Moses looked like an NFL linebacker coming out of high school when he was a top 15 recruit in the 2017 recruiting class. He showed well his first two years, but he missed the 2019 season due to a torn ACL. He played in 12 games in 2020 but did not look the same as before the injury, and his play was clearly affected by the injury as he seemed to have a less than quality effort more than you’d like.

Given how we saw people fall due to unclear medicals, and his play on tape, it wasn’t a surprise that he fell. I was surprised he went undrafted, but this is a great spot for him. The Jaguars having little at linebacker besides Joe Schobert and Myles Jack, and Moses has the size and ability to play to play the SAM role for them in the future. It won’t be right away though, as he will continue to rehabilitate his knee to start his career. In terms of potential ability and landing spot, this is a great situation for Moses if he fully recovers from his knee issues.

At about 5’8”, 175 lbs, Washington was the undersized teammate of Raiders second round pick Trevon Moehrig. Washington is an aggressive, instinctive player that does not have great speed but knows how to tackle (similar to current safety Chuck Clark). The Ravens do not have much behind Clark and DeShon Elliott, although they did draft likely NFL safety Brandon Stephens from SMU in the 3rd round. Washington will have a chance to earn a back-up spot this season, and does have potential long-term appeal if he can show he can keep up with the NFL game speed.

Paris Ford had an atrocious Pro Day in terms of testing, and this compounded with his mid-round draft stock. He had issues with targeting in games and opting-out in the middle of the 2020 season seems to have turned teams off. The Rams lost starting safety John Johnson III to free agency this year and currently are set to start Taylor Rapp and Jordan Fuller. Outside of 2020 3rd round pick Terrell Burgess, there is not much safety depth. Ford was a 2019 First Team All-ACC safety, and if he can show that he has the targeting issues behind him, and that perhaps the 4.8 – 4.9 40 times at his Pro Day were an anomaly, he may have a chance to stick around

Despite needing safety depth, the Steelers did not draft a true safety (7th rounder Trey Norwood may end up there), but they did sign Donovan as an UDFA. He played four years at Florida, has good size, and the overall athleticism that you would want. While being a willing tackler, he does have issues with wrapping up, and does not have top end speed. He may only be a special teams player to start if he makes the team, but given the current depth he may be able to carve out a back-up safety role over time. Keep in mind, the Steelers declined their 5th year option on 2018 1st round safety Terrell Edmunds.

If he had declared a year ago, Marvin was seemingly a lock first rounder. He missed games at the end of 2019 and 2020, and when you watched his 2020 games he had effort issues, did not put up big stat lines, and fought with the coaching staff. All of this contributed to his fall to an UDFA. Still, he was the #1 DT and the #6 overall prospect (according to 247sports.com) in the 2017 recruiting class, and is going to a talented, veteran defensive line in Cleveland. There is room on the Browns DT depth chart for him to get in and make a role for himself if he wants to make it in the league.

Darius played very well in college at West Virginia; in 2020 he was a Consensus All-American, First Team All Big-12 and the Big-12 Defensive Linemen of the year. Analytics were not kind to him though, and there were an abundance of “issues” raised about him in that field. The fact remains that he was disruptive, powerful force at defensive tackle, and the Raiders have little behind Jonathan Hankins, Quentin Jefferson and Solomon Thomas. With all three of those players having one year contracts, Stills will have a chance to prove he belongs on this team and earn playing time.

Hamilcar had a great 2019 with 43 solos, 19 assists, 22.5 TFL, 14 sacks, two passes defended, two forced and one recovered fumble over 11 games. 2020 saw a big drop in production though, as in seven games he had 15 solos, eight assists, two TFL and one pass defended. He is undersized for a defensive end (which he will likely play in the Jets 4-3 base scheme) at 6’2”, 250 lbs, but does have good power and speed; his quickness and agility, however, are lacking. A project player, he would be a pass rushing specialist with potential long-term appeal if he can make the team.

Thank you for reading! You can catch all our video content on YouTube. Be sure to subscribe and click the notification bell to ensure that you don’t miss any of our other great content! We have free rankings of all kinds over at RotoHeat.com, and make sure to check out our 2021 Rookie Draft Guide! If you really want something to do after that, you can find me on Twitter.