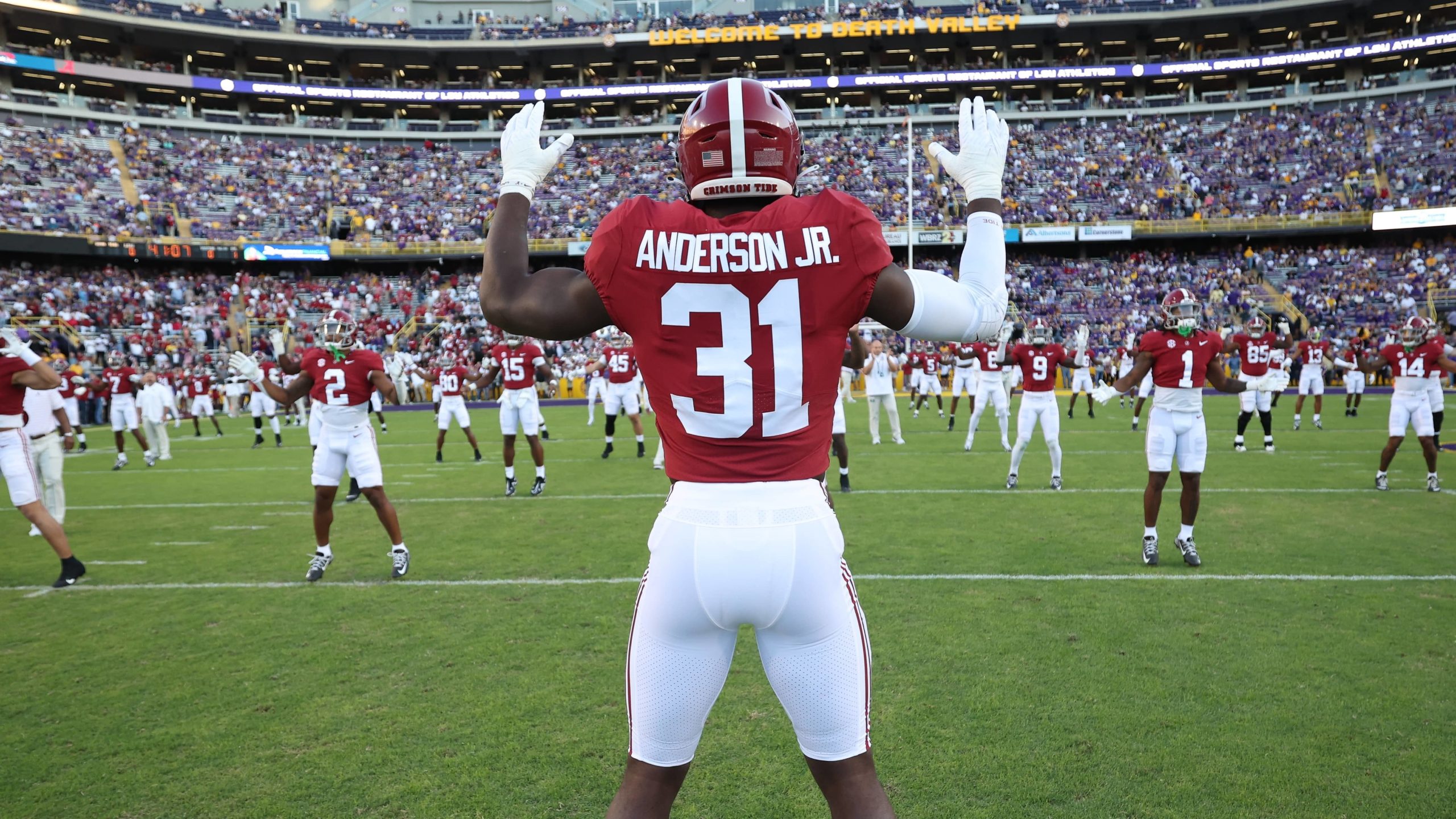 The NFL playoffs are in full swing and dynasty managers have dreams of draft picks dancing in their heads. Rookies rarely have the impact we hope for, and that is regularly true for highly drafted IDP rookies, but there highly drafted players still matter for long-term plans.

For IDP managers this is the first of three articles we have for January, going over the top five currently ranked EDGE, defensive linemen, and safeties for 2023 rookies. The EDGE position, for the uninitiated, essentially melds 4-3 defensive ends with 3-4 outside linebackers, to create a new position in fantasy football. This is done due to the similarity of what the positions do, and how they score, compared to other defensive linemen and traditional linebackers.

Tough. Fast. Explosive. Agile. Will Anderson Jr has the potential to end up as a top pass rusher in the NFL in short order. He has multiple moves he can use, and is adept at pass-rushing from the inside. He also has the burst to finish getting to the QB once getting past the offensive linemen. He is a solid tackler and acceptable in coverage, which will matter in today’s NFL. Think of how Micah Parsons plays. That is what I see with Will Anderson Jr. I expect Will to be a top 10 NFL draft pick, with the potential to go in the top five.

A former five-star recruit, and top 10 overall recruit in his class, Myles has not disappointed in college. A quality pass rusher and run defender, Myles has the flexibility to play in multiple different schemes, which NFL teams will love. Myles already has multiple pass-rushing moves and the speed, length, burst, and strength that most players would love to have. He has some areas to improve upon (hand usage, disengaging from stronger blockers) but, Myles should be a day-one contributor in the NFL.

At about 6’6″ and 275 lbs, Tyree has superb size, and he knows how to use it. He played mainly as an outside linebacker while in college, but with his size I suspect most NFL teams will see him more as a defensive end, which he is certainly capable of playing as well. He has long, powerful limbs that he knows how to use to get leverage, create space, and get into passing lanes with. His speed and reaction time are not strengths, but he has enough speed, quickness, and fluidity in change of direction to be a long-term NFL defensive end. He has improved each year while at college and he can end up as a day-one starter in the NFL, with likely first-round draft capital.

At 6’5″, 260 lbs, Isaiah has ideal size to be an NFL defensive end, but that is not nearly all. He has the quickness, burst, and strength that you would want with that frame. He may also be the best of the top defensive linemen at using his hands to gain an advantage on, and move, offensive linemen.

His run defense and diagnosing and recognition of plays are areas for improvement, but he does not have a large deficiency in either area. He has a good shot to be a first-round pick, but at worst should not fall out of the second round. This would not be an indictment of his ability, but rather how good this pass-rushing class is.

The best of the bunch in coverage, Nolan Smith will likely never be a top-end pass rusher. He should be a top-end run defender though, as Nolan knows how to move off blocks, quickly close to the ball carrier, and is a solid wrap-up tackler. He can easily locate the ball, takes good angles, and is an overall versatile player. He is not as flashy as some other EDGE players, who make their living getting to the QB, but Nolan should find a home on Day 1 of the NFL Draft and have a long career in the league.