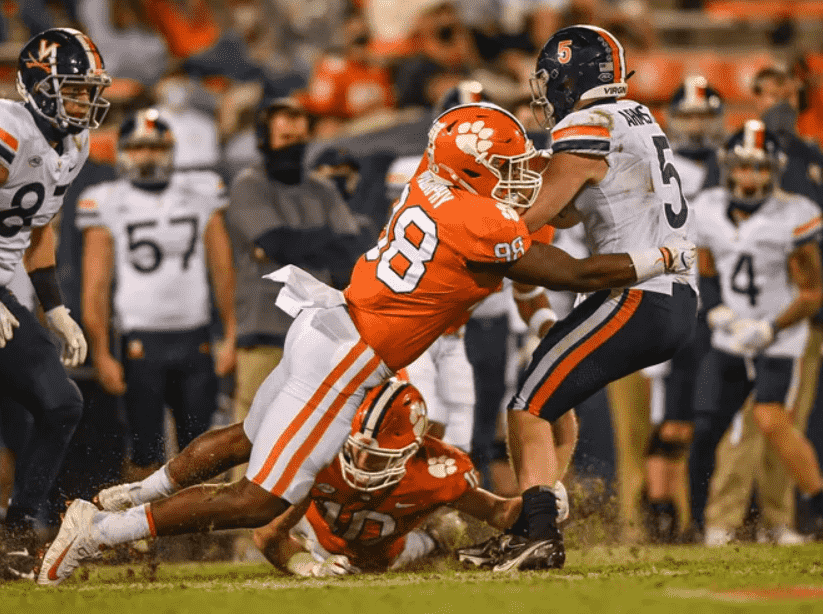 Hey, hey, you, you, I don’t like your defensive lineman
No way, no way, I think you need a new one
–Avril Lavigne in her IDP fantasy football leagues (probably)

Well if you, or Avril, are looking for a new defensive lineman in this 2023 rookie class you have come to the right place. That’s right, we are onto initial defensive lineman rookie rankings. Our IDP team has been digging into the 2023 rookie class, and while these are sure to change as we watch more videos, get combine data, and draft capital, this is what we have at the moment.

A former five-star recruit, and top 10 overall recruit in his class, Myles has not disappointed in college. A quality pass rusher and run defender, Myles has the flexibility to play in multiple different schemes, which NFL teams will love. Myles already has multiple pass-rushing moves, and the speed, length, burst, and strength that most players would love to have. He has some areas to improve upon (hand usage, disengaging from stronger blockers) but, Myles should be a day-one contributor in the NFL.

Jalen may well be the highest-drafted defensive lineman in the NFL Draft this year and for good reason. A top-five player on almost every big board, Jalen can play across the defensive line and is an elite pass-blocker and run defender. Unfortunately, that does not always pay off in fantasy football when you are a defensive end, which Jalen will be playing most of his time as.

Jalen has the potential to be a long-term stud in defensive tackle-required leagues, while also having viability in regular defensive linemen designation leagues. He will likely have more real-life value than fantasy value, but that just speaks to how most fantasy leagues do not align value with how the NFL does. Either way, he is a top fantasy defensive lineman in this class.

At 6’5″, 260 lbs, Isaiah has ideal size to be an NFL defensive end, but that is not nearly all. He has great quickness, burst, and strength that you would want with that frame. He may also be the best of the top defensive linemen at using his hands to gain an advantage on, and move, offensive linemen.

His run defense and diagnosing and recognition of plays are areas for improvement, but he does not have a large deficiency in either area. He has a good shot to be a first-round pick, but at worst should not fall out of the second round. This would not be an indictment of his ability, but rather how good this pass rushing, and defensive linemen, class is.

An amazing athlete for his size (6’5″, 300 lbs), even for NFL standards, Bryan is already a polished pass rusher. He is mainly a defensive tackle but can move out to defensive end and get to the QB from there as well.

His flexibility will be a boon for whatever team drafts him and can be helpful in IDP leagues as well if he gets both defensive end and defensive tackle eligibility. He does have room to improve as a run defender, will matter for fantasy football purposes; tackles matter for points. Either way, Bresee is a first-round NFL Draft talent and will be one of the first defensive linemen off the board in IDP drafts.

The brother of Giants EDGE Azeez Ojulari (2nd round pick in the 2021 NFL Draft), BJ has a shot to be drafted higher than his brother was. LSU Head Coach Brian Kelly constantly talked this year about BJ’s character, and intangibles, which NFL front offices will love.

In terms of production, he did not meet most expectations this year, as his sacks (5.5) and TFL (8.5) were lower than the previous year (7.0 and 12.0 respectively), but he is a great pass-rusher that can with multiple moves, and above average speed and explosiveness. He is not great in run support and needs to improve at disengaging once offensive linemen get their hands on him.