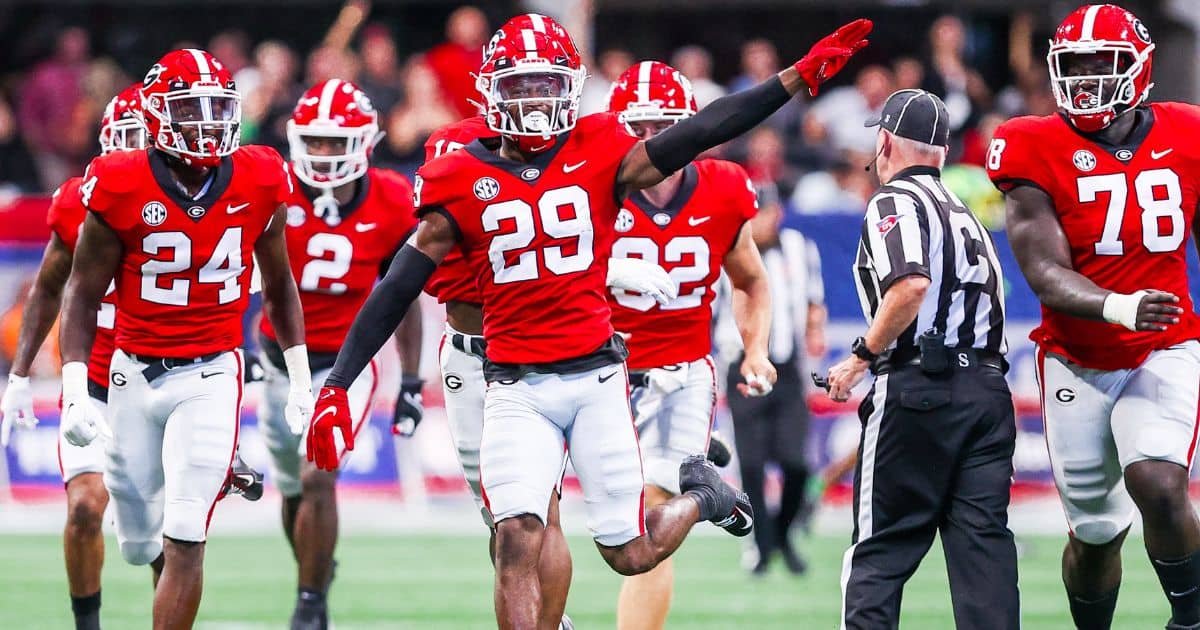 You guessed it, this week we are doing the…Safety Dance! I don’t care what you say, that was a great start to an article.

Now that we have that out of the way, safeties are generally the more productive IDP defensive backs in fantasy football. Cornerbacks have their place, and of course, there are scoring systems that end up making them more valuable, but in the average league, safeties are what you want to look for your safe floor of points, and top-end scorers.

Outside of lacking ideal size (coming in about 5’11”, 195lbs) Christopher has the tools you want in an NFL safety today. He quickly recognizes and processes plays, puts himself in proper position, and is a solid tackler. Being smaller in stature can lead to missed tackles that larger/stronger safeties may make, but overall he is solid in every area of his game. He could easily end up being an every-down player after a year or two in the league.

JL has a large frame for a safety (6’4″, 200 lbs…very similar to Kyle Hamilton from the 2022 NFL Draft) and knows how to use it. He is very solid in run support, with above-average play recognition and explosiveness to quickly get to the ball carrier and make the tackle. He is more of a box safety at this point but has shown enough to think he could play either safety position after a few years.

Improvement in coverage on passing plays, from backpedaling to turning his hips quicker (to utilize his elite acceleration), will be needed, but these are things that can be improved upon at the NFL level. Having a unique size and explosiveness/acceleration combination will have teams excited about him though, and he may end up as the first safety taken in the draft this year.

Jordan has played since his true freshman year at Alabama. He is solid, if not spectacular if almost every area of his game. He is a smart, physical tackler in run support, and a smart, instinctual pass defender, with the speed to keep up with most receivers and running backs.

At times he has tight hips and is not able to turn and go in time to make the play because of this. He can be slow in recognition at times and needs to work at disengaging from blocks. That said, he has the tools and has shown enough growth while in college, to expect him to be a long-time NFL contributor at safety.

Antonio is a willing tackler, who will usually quickly recognizes the play, and does well at making a play on the ball, whether in man coverage or zone. He has good fluidity and strong hands, but does not have top-end speed or tackling at this time. One of those can be fixed and will need to be to get and keep a starting job at the NFL level. That said we do think he will improve at tackling. He may end up as a cornerback at the NFL level, or end up splitting time between the two positions. Some will see being a tweener as an issue, some will see it as a benefit in today’s NFL. The team he goes to and the draft capital he gets will play a huge part in how valuable he ends up being for fantasy football purposes.

What Branch may lack a bit in having average size (6’0″, 195 lbs) he more than makes up for with elite athleticism. He has the speed, explosiveness, acceleration, and fluidity in his movements that you want in a current-day NFL safety. Not only does he make plays in the defensive backfield, but his athleticism lets him make plays when blitzing as well.

He is not the most refined safety, as he has to be more consistent with staying low in his backpedaling and staying with his man in man coverage (without getting grabby), but as we have said with most of the players above, these are things that can be improved upon at the NFL level. Teams will fall in love with his athletic profile and he may end up as another one of those high-quality Alabama safeties that we have become accustomed to over the past decade.