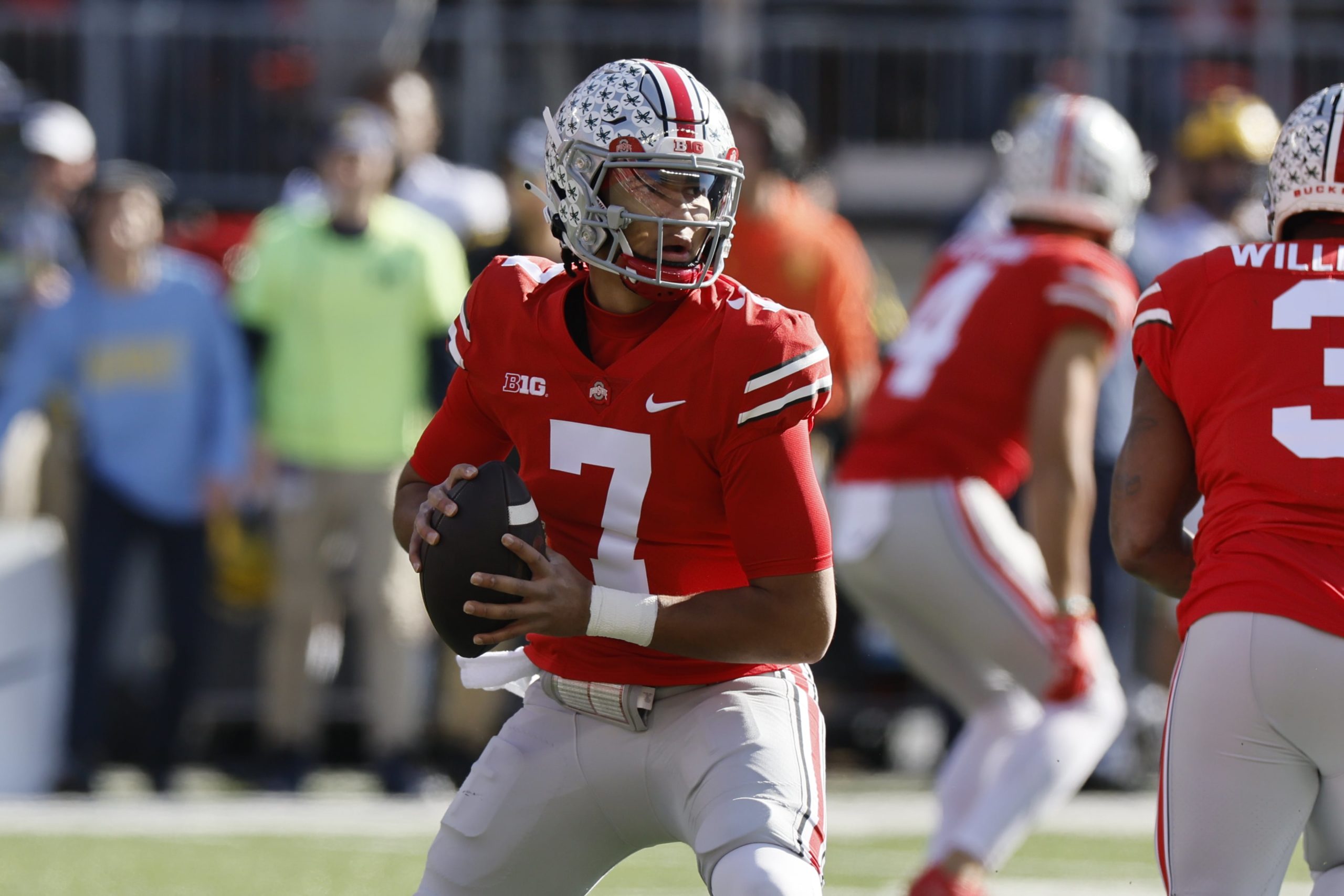 However, for dynasty leagues, the next step in preparing for next season is to get into the upcoming rookie class for the 2023 NFL Draft. There is plenty of new blood coming into the NFL, which also means we have to understand which of these players to target and where to do so in dynasty rookie drafts.

To help you get some of the way there, RotoHeat already has dynasty rookie rankings up for the 2023 class for 1QB and SuperFlex.

In this article, we will be going in-depth with the top 5 Rookie QBs to build your dynasty roster. In 1QB leagues, some of these QBs should be drafted early on in the 2nd round according to our rankings, but in SuperFlex leagues, these QBs, or at least some of them, should be considered at the very top of the first round of dynasty rookie drafts. That is how good the top 5 rookie QBs from this draft class can be.

Although we are starting to see more and more highly mobile quarterbacks in the NFL, the pocket passer is still very much a valued commodity, especially when they have a big arm and good-to-great accuracy.

CJ Stroud most definitely falls in that second category. At 6’ 3’’, CJ Stroud is your prototypical NFL QB. He has a big arm, meaning he can make every throw you need your NFL QB to make. He also shows great touch, placement, and anticipation. Check the boxes on the two most important physical skills for a QB. He is also a great decision-maker when going through his progressions. When it comes to mobility, Stroud is mobile enough that he can escape pressure.

The biggest flaw we see in CJ Stroud’s game right now is that he becomes jittery in the pocket and his decision-making declines drastically when he is under pressure or none of his progressions are open. He is not very good outside the structure of a play when he has to make things happen on his own. Luckily, these flaws are something that good coaching can help improve, which is why he is our QB1 on the Top 5 Rookie QBs for building your dynasty.

For a lot of analysts, the other top QB name is Bryce Young. Young is a very efficient passer, who displays great accuracy and anticipation on his throws. He does lack a bit in arm strength compared to several of the other QBs on the top 5 rookie QBs list, but he is still able to make throws at all levels of the field, due to his pre-snap ability and his quick delivery. He is also quite mobile and does have the ability to rush the football, although he rarely elects to do so.

Where Bryce Young might come short, literally, is his height. Yes, I know it’s not the most discussed topic when it comes to quarterbacks, but we have seen some QBs at that height struggle in the NFL. This might be more down to talent than anything else though, as other QBs have had Hall of Fame careers despite being 6’ 0’’.

When you look at Bryce Young’s accolades, they stand out quite a bit. In 2021, Young had a monster season, as he threw for 4,872 yards, 47 touchdowns, and just 7 interceptions on 366 completions (547 attempts). On top of that, he played so well in his first season as Alabama’s starting QB, that he won the Heisman Trophy, for being the best college player in the nation.

This season, Bryce Young has dealt with some injuries, but he has still completed 245 passes on 380 attempts for 3,328 yards, 32 TDs and 5 INTs. He has also added 4 touchdowns by rushing. Young is going to be an incredibly solid pick for dynasty managers, especially if you are playing in SuperFlex leagues, where he should be looked in as a top3 rookie draft pick.

On the surface, Will Levis might not look very impressive if you look at his stats from recent seasons. However, Levis has already shown that he can produce when surrounded by an above-average offensive line and some decent playmakers in the receiving corps. This was the case in 2021.

In 2022, Kentucky had a scattershot offensive line, and almost no one when it comes to playmakers. Even so, Will Levis posted a completion percentage of 65.4 with 2406 pass yards and 19 pass TDs to boot. This was even done whilst Levis played through various different injuries for almost the entire season.

One of the things that NFL teams are going to like the most about Will Levis is that he has played in a pro-style offense in college, which means he likely needs less time to adjust than some of the other prospects on the top 5 rookie QBs list.

When it comes to intangibles, Will Levis possesses massive arm strength, good accuracy, and quick processing, which could transfer well to the NFL and fantasy football, making him one of the best Rookie QBs to build around in fantasy.

These are great skills for a fantasy quarterback to have. Where Anthony Richardson struggles is the passing game. He is not very accurate, and sometimes misses easy passes, other times he makes incredible throws in tight windows. On the bright side, Richardson has a very big arm, so if he can fix his accuracy, as well as his poor decision-making, then he might have the highest ceiling of any QB in this draft class.

So, if you are looking for a massive boom or bust guy, Anthony Richardson is definitely the quarterback you are looking for on this Top 5 Rookie QBs ranking. Richardson has the potential to be the best fantasy QB in this draft class, but comes with plenty of question marks, and is not nearly as pro-ready as the guys ahead of him on this list.

The last quarterback to round out our Top 5 rookie QBs for building your dynasty in the month of January, is Hendon Hooker. The senior had a rough start to his career, as he had a hard time winning the starting job at Virginia Tech. After transferring to Tennessee before the 2021 season, Hooker has displayed very solid play at the quarterback position.

In 2022, Hendon Hooker put up 3,315 passing yards and 27 touchdowns with ONLY 2 interceptions to boot in 11 games. He also rushed for 430 yards and 5 TDs. At Tennessee, Hooker showed his leadership skills as well as his abilities as a quarterback. One of his biggest upsides for fantasy is that he is a good runner of the football. He is not super electric as a runner, but he is able to get some tough yards on the ground when needed.

As a quarterback, Hooker displays enough arm talent to make it in the pros, he has good accuracy, a quick release and a strong arm. Where he needs to work on his game is mentally. When Hooker is pressured, his accuracy drops remarkably, and his decision-making takes a big hit. He also has his work cut out for him, as he has worked in an offense that is very far in design from what NFL offenses look like.

Hooker is someone that needs quite a lot of work at the next level, but if he puts in the hours and has the discipline, he could be on a Jalen Hurts-like trajectory, once he gets the chance to start. Just remember that this is no sure thing, which is why he is the last QB on our Top 5 Rookie QBs to build your dynasty team around.

Thank you for taking the time to read the January’s Top 5 Rookie QBs for Building Your Dynasty article. Make sure to keep an eye out for our frequent articles on 2023 rookies and much more on RotoHeat.com. If you want to chat fantasy football, you can follow me on Twitter and/or join the RotoHeat Discord. Most importantly you should make sure to Subscribe to us on YouTube, where we drop daily shorts, weekly live streams, and in-depth videos!