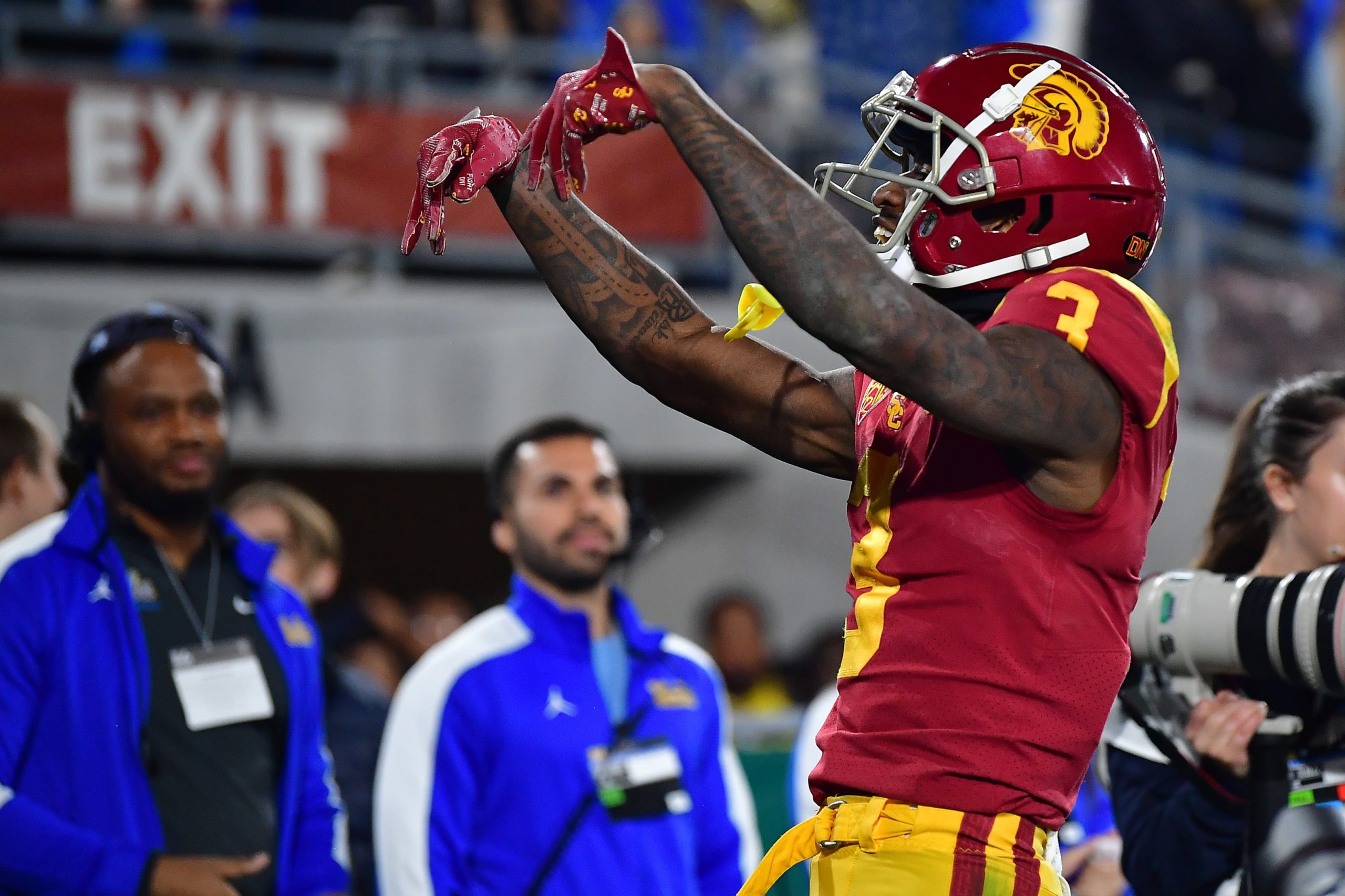 In dynasty fantasy football, it is usually the running back who gets most of the glory in 1QB leagues, and the quarterbacks in SuperFlex leagues. But more and more, dynasty managers have started to shift towards wide receivers, as the NFL is becoming more and more pass-happy and receivers are starting to produce similar fantasy points to RBs in Full-PPR leagues.

Another couple of reasons to look for WRs in fantasy leagues are that their shelf-life is quite a bit longer than the RBs, and WRs see fewer injuries on average compared to RBs, because of how much punishment those RBs take every season. Furthermore, a lot of NFL teams set up in 3 wide receiver sets more often than what the trend has been just 5 to 7 years ago.

As such, the wide receiver position is gaining importance and should be considered quite early on, both in dynasty startup drafts and in dynasty rookie drafts. There are some good receivers in the 2023 NFL Draft and in this article, you will gain an overview of the Top 5 rookie WRs for building your dynasty roster according to our RotoHeat dynasty rookie rankings. If you want the full overview, you can find our 1QB and SuperFlex rookie rankings on the site.

As a former Biletnikoff Award winner, for being the best college wide receiver in the nation in 2021, Jordan Addison has already shown that he can play wide receiver at a very high level. His award-winning 2021 season was incredible. He racked up 100 catches for 1,593 yards and 17 touchdowns. He added one touchdown on the ground.

After that 2021-season, Jordan Addison transferred from Pitt, who lost starting QB Kenny Pickett to the NFL, to the USC Trojans. He only played in 7 games in 2022, but still posted 39 catches for 585 yards and 7 TDs.

In terms of skillset, Jordan Addison is an incredibly crisp route-runner who can do it at all levels of the field. He is widely considered the best route-runner in the draft, which should translate very well to the NFL level, like we have seen in recent years with Justin Jefferson, Devonta Smith, and most recently with Chris Olave, who were all very good route-runners coming out of college.

Addison also possesses great hands, body control, speed, and quickness, making him the best WR on this Top 5 Rookie WRs list. His biggest weakness is that he lacks size and he drops balls too often, especially when he is about to get hit over the middle of the field.

At WR2 on this list, we find Quentin Johnston out of TCU. Johnston is an incredibly well-rounded wide receiver. He has size, tons of athletic ability, and speed, and he can make things happen after the catch, much like Deebo Samuel.

Generally, Quentin Johnston is a big-play wide receiver, who is capable of winning balls at all levels of the field. Johnston had his best year in college in 2022, as he recorded 60 catches for 1,069 yards and 6 TDs. He averaged 17.8 yards per catch, which is elite (and actually the worst average of his college career). Johnston is a threat everywhere on the field and could be the first WR drafted in the 2023 NFL Draft, despite his spot as the #2 on this Top 5 rookie WRs list.

Going into the 2022 season, Jaxon Smith-Njigba was considered among the top wide receivers in college football, if not the best. JSN as he is often called had a monster season in 2021, where he caught 95 balls for a whopping 1,606 yards and 9 TDs.

Unfortunately, Smith-Njiba suffered an injury early in the 2022 college season, keeping him sidelined for almost the entire season. As a result, JSN has seen his draft stock fall a bit, and he seems hard-pressed to be considered the best wide receiver in the 2023 NFL Draft, although he might be from a skill perspective.

Jaxon Smith-Njigba played most of his time at OSU as a slot receiver and is likely to remain such in the pros. We really do not know if he is going to be a threat when/if he lines up outside, but he does possess the route running, the hands, and the football IQ to be a very good wide receiver at the next level. We just have to see how he adjusts if he needs to line up outside in 2-receiver sets.

At first, Kayshon Boutte announced that he was staying at LSU for another season, but instead, he changed his mind and is now entering the 2023 NFL Draft. Boutte could be the next in a long line of great WRs out of LSU, but his play on the college football field has not exactly lived up to his talent.

This is likely due to injury as Boutte was on track for a monster 2021 campaign before suffering a serious leg injury. His talent should amount to a lot more than 48 catches, 538 yards, and 2 touchdowns, which is the stat line that Kayshon Boutte finished the 2022 season with.

He has had stellar performances showcasing his talent, but as things stand right now, Boutte slots in as our WR4 on the Top 5 rookie WRs to build your dynasty roster.

After the first four, the consensus seems to be that there is a drop-off in talent at the WR position. Whether there is a gap or not, is not for us to say, but Josh Downs has done nothing but impress the last two seasons, and does his best to prove that he belongs in the conversation alongside the other WRs on the Top 5 Rookie WRs.

Like both Jordan Addison and Jaxon Smith-Njigba, Josh Downs is not built like your traditional WRs, and has a very slight build, making him primarily a slot receiver. However, he is incredibly explosive and fast (he ran track in high school), which makes him a great threat after the catch. He also shows good route-running ability and quickness, oftentimes catching DBs out of position with his sudden cuts.

Thank you for taking the time to read the January’s Top 5 Rookie WRs for Building Your Dynasty article. Make sure to keep an eye out for our frequent articles on 2023 rookies and much more on RotoHeat.com. If you want to chat fantasy football, you can follow me on Twitter and/or join the RotoHeat Discord. Most importantly you should make sure to Subscribe to us on YouTube, where we drop daily shorts, weekly live streams, and in-depth videos!