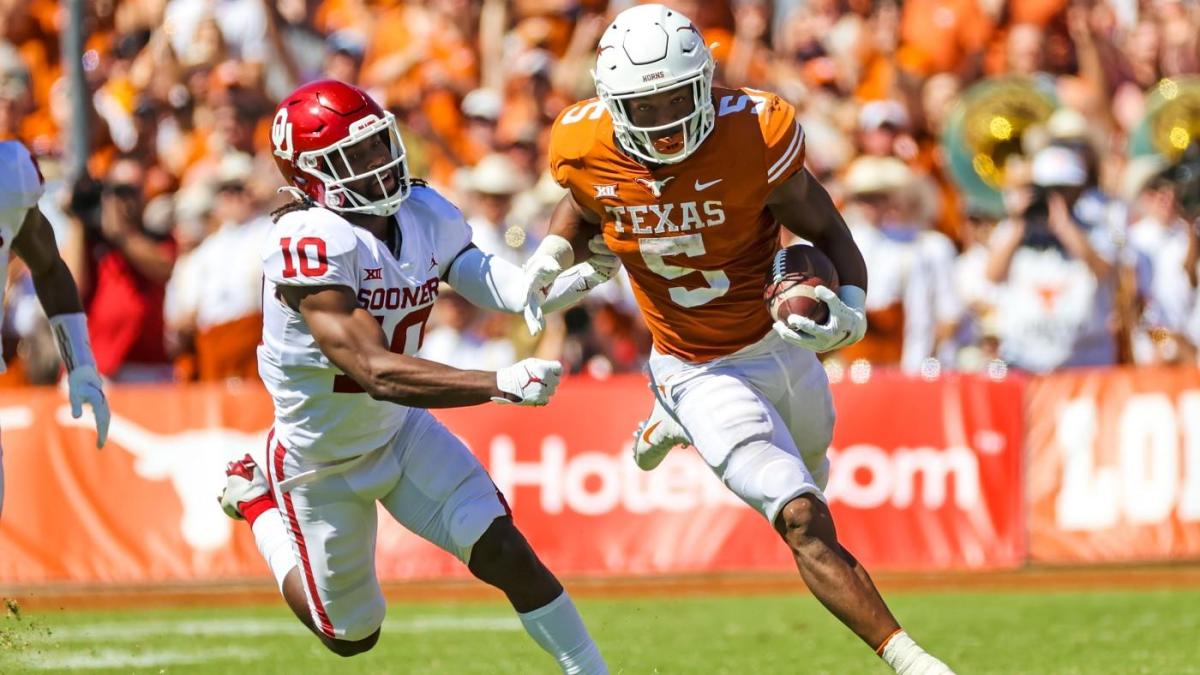 When it comes to building your dynasty roster, it is always extremely important to have solid depth at the running back position. RB is the position where injuries happen most often, so if the starting RB on your dynasty roster finds himself missing time, you need to have the depth to plug a different player straight from your bench into your starting lineup.

At the same time, the good, stable running backs that perform every week are few and far between. This creates a scarcity mindset when it comes to viable fantasy RBs, and thus drives the price for RBs up. This means that the cheapest place you can get your running backs are in the rookie draft. If you are rebuilding and hit on an RB gem, you could fast-track your rebuild or sell that player off for far more value than what you invested.

However, in order to hit on the gems, you need to be scoping out the rookie class and have an understanding of who to prioritize, based on ability and talent. Yes, I purposely left out landing spot, because it is one of the most overrated measures for success for incoming rookies, especially at the RB position.

Instead, focusing on ability and talent is the way to go, as those will overcome a bad landing spot 9 out of 10 times. That is why RotoHeat is bringing you our Top 5 Rookie RBs for building your dynasty, based on our January rookie rankings. You can find our 1QB and SuperFlex rookie rankings on RotoHeat.com. While you are there, you can find our Top 5 QBs for building your dynasty as well.

This has been the guy for several years. The guy that everyone has been talking about, just anticipating his entry into the NFL Draft and thus into fantasy football (yes, I know he’s been in devy for a while!). Bijan Robinson is widely considered the best running back talent since Saquon Barkley. Outside of injuries, Barkley has been an absolute stud, and the expectation is that Bijan will be just that.

It is almost unanimously agreed that Bijan Robinson is so good that taking anyone else at 1.01 in fantasy rookie drafts is blasphemy. For some people, this is even the case in SuperFlex leagues.

When you look at Bijan Robinson’s production and tape, this should really come as no surprise. He is compact, strong, fast, and elusive all at the same time, and he can catch the ball very well. For all intents and purposes, he should be a featured back in the NFL, which is generally a dying breed.

In 2021 and 2022 combined, Robinson has racked up 2,707 rush yards, 29 rushing touchdowns as well as 609 receiving yards and 6 receiving TDs. He has only fumbled three times in his college career. Those are outstanding numbers and Bijan Robinson is truly the best of the Top 5 Rookie RBs for building your dynasty.

Although Bijan Robinson is the unanimous RB1 in this draft class, Jahmyr Gibbs from Alabama is not far behind. Gibbs is an electric playmaker, who can do it both in the running- and passing game.

Although Gibbs is not a big back, he is still able to do plenty of damage due to good vision, incredible balance, and explosiveness that often leaves defenders unable to tackle him in 1vs1 situations.

Before the 2022 season, Jahmyr Gibbs transferred from Georgia Tech, where he was already a dual-threat RB, to Alabama. He had nearly the same usage at Alabama as he did for Georgia Tech in 2021 (just 20 touches more at ‘Bama), but he improved his efficiency as well as his scoring output. In 2022 he ran for 926 on just 151 rushes and caught 44 passes for 444 yards. He scored 10 touchdowns total.

As a result, he is our RB2 on the top 5 rookie RBs to build your dynasty roster around.

The primary reason to really like the RB class for the 2023 NFL Draft is that there a several RBs that has the athletic build and skill set to be featured backs in the NFL, at least with a little bit of development. Sean Tucker is one of those backs.

Tucker is very explosive, something that is to be expected from a former 100- and 200-meter sprinter. He is also a tough runner despite being a somewhat small running back at 5’ 10’’.  On top of his explosiveness and toughness, Tucker displays incredible body control and balance, making him difficult to tackle in the open field.

In 2022, Sean Tucker put up some good stats, ending the season at 1060 rush yards, 11 rush TDs, 254 receiving yards, and 2 receiving scores. He has caught 64 passes throughout his college career, proving that he is capable in that area as well, albeit he does struggle in pass protection, which could keep him off the field on third downs in the NFL.

Given his overall good skill set and ability, Sean Tucker is the third-best RB on our Top 5 Rookie RBs for building your dynasty.

At #4 on the Top 5 rookie RBs to build your dynasty team around, we have another budding star in Zach Evans. Evans has plenty of speed, explosiveness, size, and natural talent, making him a very intriguing RB prospect.

On top, Zachary Evans is an extremely efficient running back. In 2022, he had 1055 total yards and 10 total touchdowns on just 156 touches. That is impressive efficiency, which is obviously something we want from our RBs in fantasy football, especially as we see fewer featured RBs in the NFL.

Evans needs to work on his receiving skills and his pass-blocking skills. He also needs to improve his vision as he is quite reliant on his blocking right now, despite his explosiveness. With that said, Zach Evans could very well turn into a fantasy darling if he lands on a team that is willing to utilize his strengths, as he has plenty of upside as a prospect.

What a rise it was for TCU in the 2022 season. Back in 2021, they went 5-7. This season, the Horned Frogs went 13-2 and played in the College Football Championship game, where they lost to Georgia.

Part of the reason that TCU got as far as it did, was the emergence of RB Kendre Miller. Miller went from having 150 total touches during his first two seasons at TCU. In his junior season though, Kendre Miller took over as the lead back, amassing 224 rushes for 1,399 yards and 17 touchdowns. He added 16 catches for 116 yards.

Miller is a playmaker, who has excellent vision, good size, and enough speed to win the edge against pursuing defenders. He could very well be a featured back at the next level, as he definitely has the skill set as well as above-average pass blocking for a running back.

In other draft classes, Miller might have found himself in the top 3 on a list such as this, but in this deep RB class, Miller closes out the Top 5 Rookie RBs for building your dynasty according to our January rankings.

Thank you for taking the time to read the January’s Top 5 Rookie RBs for Building Your Dynasty article. Make sure to keep an eye out for our frequent articles on 2023 rookies and much more on RotoHeat.com. If you want to chat fantasy football, you can follow me on Twitter and/or join the RotoHeat Discord. Most importantly you should make sure to Subscribe to us on YouTube, where we drop daily shorts, weekly live streams, and in-depth videos!