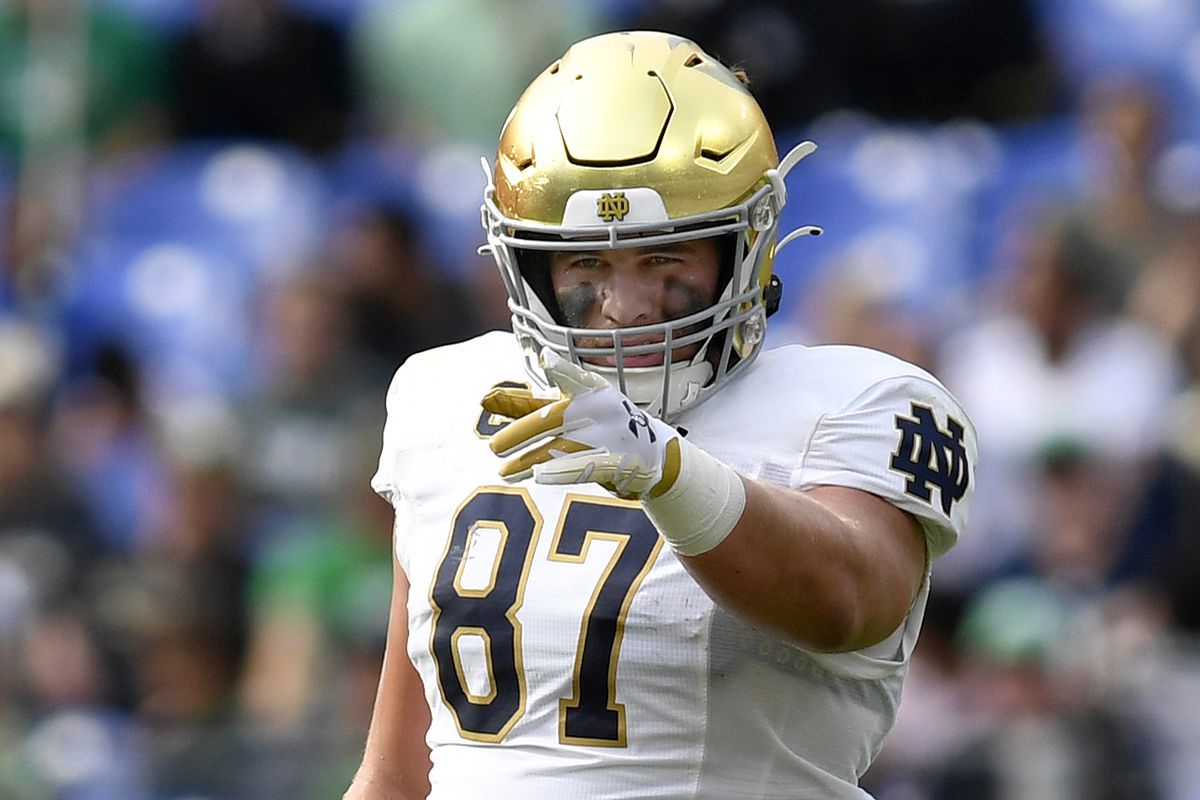 Although tight end is generally considered the least important offensive position in fantasy football, having a difference-maker at the position can, in fact, well, make a difference. Consistently having an advantage, because you have a Travis Kelce or Mark Andrews-type player at tight end can be the reason you win a championship or not.

Tight end is a difficult position to predict because few of them get targeted consistently week-to-week, but that means finding a gem at tight end can have a big impact on your roster.

One thing to keep in mind though is that tight ends always need some time to adjust to the NFL. Only on very rare occasions have we seen a rookie tight end come into the league and produce right away. So even if you don’t get solid production a year or two after drafting a rookie tight end, you might have to display patience and not move on. An example of this could be Kyle Pitts, who did well as a rookie, but then took a step back during his sophomore season.

In the 2023 NFL Draft, there are going to be some interesting tight end prospects and especially one of them is going to be extremely intriguing for fantasy purposes with a few others being very interesting in terms of potential. You can find our rookie rankings for 1QB or SuperFlex on RotoHeat.com

Like Bijan Robinson is THE guy at RB this season, Michael Mayer is the exact same at tight end. Not only does Mayer have very good production for a college tight end, but he is also incredible at everything you want from your tight end. Good blocker, a great pass-catcher who is going to be a mismatch over the middle, and someone who can win contested catches.

In short: Michael Mayer should be considered an elite talent at the tight end position. The biggest concern with drafting Mayer in rookie fantasy drafts is the aforementioned adjustment period that most tight ends usually need before they truly break out in the NFL.

But if there is a tight end prospect who can do it as a rookie, it is Michael Mayer. As a sophomore and junior in college, he combined for 138 catches, 1649 yards, and 16 touchdowns. Very few tight ends have that type of production in college. Mayer has the skill set to become a perennial top3 tight end for fantasy and should be considered in the first round of fantasy rookie drafts. He is the undisputed TE1 on the top 5 rookie TEs list.

There is a significant drop-off after Mayer, but Darnell Washington is a very interesting prospect. He is very large. As in, almost lineman large. This makes him a great addition to an NFL team because he can move defenders in the run game, almost as if he is a sixth offensive lineman.

However, Washington needs to refine his receiving game if he truly wants to become a starter in the NFL. He did take strides in the 2022 college season towards becoming a more well-rounded tight end, snatching 28 catches for 454 yards and 2 TDs.

Darnell Washington is a decent route-runner but lacks enough speed to threaten defenses deep, other than in jump-ball situations. He does have good hands but needs to work on his route-running and improve his separation. If he does that, he could become a great fantasy tight end, because Washington’s large frame allows him to create yards after the catch, much like George Kittle excels at.

Iowa just continues to produce tight ends. George Kittle, TJ Hockenson, Noah Fant are all former Hawkeyes, who are starters in the NFL, and Sam LaPorta could make it four, if not right away, then at least in a few years.

In college, LaPorta has displayed very good hands, who runs good routes, and has a high football IQ. He is also a good blocker, which means he should see snaps early on in his NFL career. He does need to improve his consistency in all areas if he wants to become a starter, but he could help a team as a chain-mover as he understands how to sit down between coverages. He caught 53 catches in 2021 and 58 in 2022. In both seasons he topped 650 yards and scored 4 touchdowns in those two seasons.

A tight end that could go a bit under the radar, but still provide some solid play at the next level is Jaheim Bell.

Bell has a good combination of size and speed, to go with solid, strong hands and good route running. All of this could make him a decent pass catcher at the tight end position in the NFL. Despite his size though, he is not going to move a lot of defenders in the run game, which could limit his playing time early on in his pro career, as he plays a lot more like a receiver than a traditional tight end.

Jaheim Bell also lacks the high-end production we see from some of the tight ends ahead of him on this top 5 rookie TEs list. Bell caught 25 passes for 231 yards and 2 TDs in 2022, which was a step down from his more stellar 2021 season, where he caught 30 balls for 497 yards and 5 TDs.

The tight end position quite quickly thins out in this 2023 NFL Draft class, albeit we should see some shakeup in the rankings once we know which underclassmen have declared. For now, Will Mallory rounds out the Top 5 rookie TEs.

Mallory is not a spectacular tight end, but more of a “Jack-of-all-trades-master-of-none”. He does everything well enough to warrant a roster spot in the NFL, but not well enough that he is going to make a big impact for fantasy. That being said, Will Mallory has the size and body that he could develop into an NFL starter and fantasy-relevant player if he works on his craft and takes easily to NFL coaching. That makes him worth a late-round flyer in rookie drafts and a taxi squad stash.

Thank you for taking the time to read the January’s Top 5 Rookie TEs for Building Your Dynasty article. Make sure to keep an eye out for our frequent articles on 2023 rookies and much more on RotoHeat.com. If you want to chat fantasy football, you can follow me on Twitter and/or join the RotoHeat Discord. Most importantly you should make sure to Subscribe to us on YouTube, where we drop daily shorts, weekly live streams, and in-depth videos!