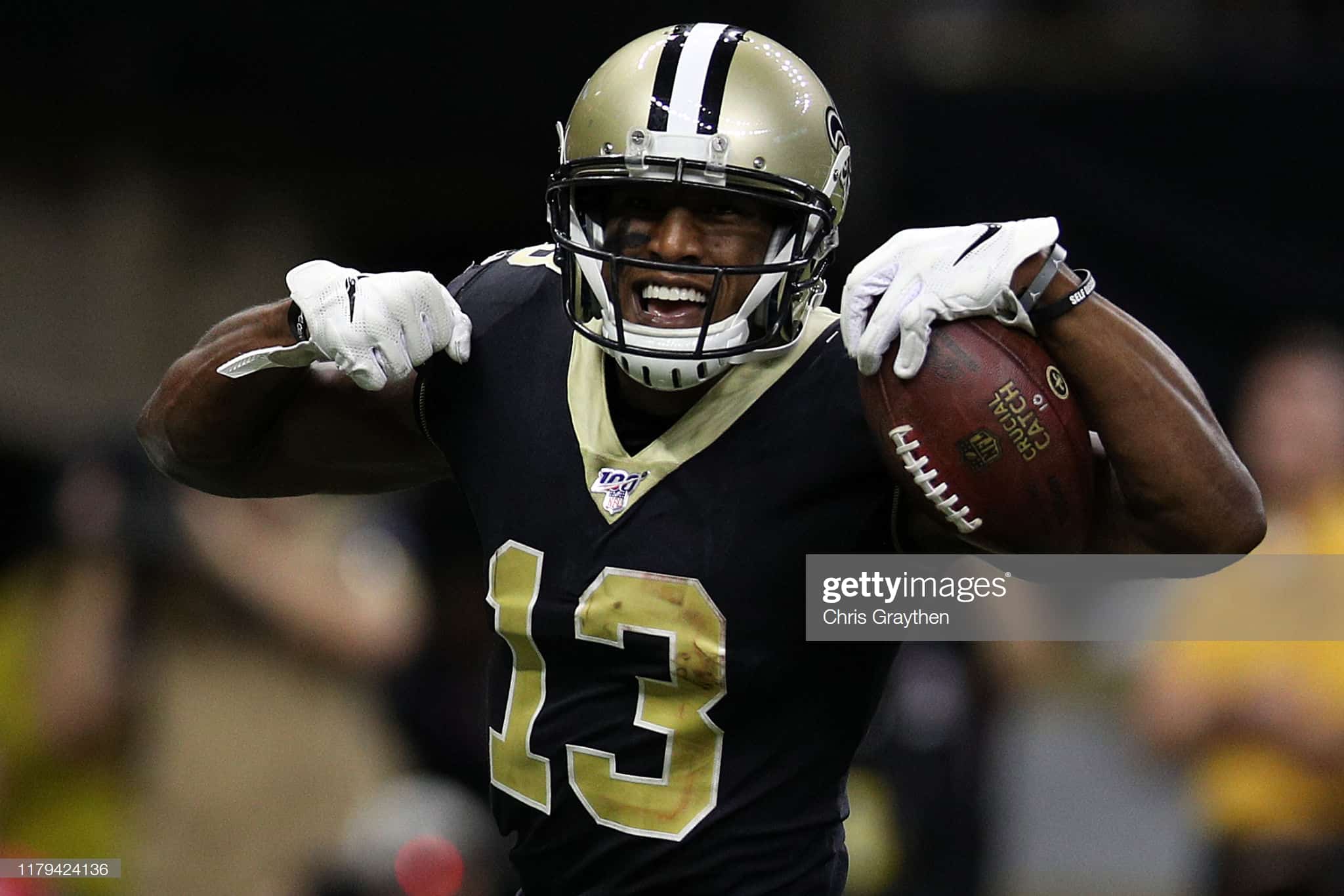 Wide receiver consistency is one of those topics that I think it is tough for people to truly gauge without the data in front of them. We remember the big weeks that a player puts up, but we forget almost everything else. On top of that, what would be considered “consistent” and what truly makes a player “boom or bust”?

The first thing we have to look at is that not every week is created equal. For example, in two weeks, all it took was 7.5 PPR points to be a WR3. In another it took 13.8. That is a full touchdown difference. Here is what it took to be a WR1-WR3 in 2019.

When we look at a WR weekly ranking it is important to note that it is not a fair to gauge simply on weeks as a WR1, WR2 or WR3. For example, in week 1 there were eight wide receivers that topped the 19.8 WR1 average, but fell in as WR2 because it took a 24.3 average to be a WR1. Were those receivers really any less valuable because they scored between 21.7 & 23.5 points?

There were 13 players that had 5 or more WR1 weeks with Michael Thomas blowing the field away with 11 himself and 2nd coming in with only 6.

As you can see, about half of the field had a -1 when compared to the WR1 Average. When using the average of the threshold, we find 11 receivers with more weeks above the average than actual WR1 weeks.

We also see 10 players, that were not in the tables above, who lose WR1 weeks compared to the average.

NEW ORLEANS, LOUISIANA – DECEMBER 30: D.J. Moore #12 of the Carolina Panthers reacts during the first half against the New Orleans Saints during a NFL game at the Mercedes-Benz Superdome on December 30, 2018 in New Orleans, Louisiana. (Photo by Sean Gardner/Getty Images)

Here all the players with at least four WR2 weeks.

First, we have to acknowledge that differences aren’t all created equally. For example, D.J. Moore lost a WR2 week to moving up to a WR1 while DeAndre Hopkins gained one from a WR1 & WR3 week moving according to the weekly average.

Again, when it comes to WR3 weeks, the difference can be made up by both moving down from WR2 weeks and up from WR4 weeks.

ATLANTA, GA – JANUARY 22: Julio Jones #11 of the Atlanta Falcons signals a first down in the second quarter against the Green Bay Packers in the NFC Championship Game at the Georgia Dome on January 22, 2017 in Atlanta, Georgia. (Photo by Rob Carr/Getty Images)

All my leagues start 3 WR’s. Having guys that hit that threshold consistently are important. Obviously the numbers aren’t equal as WR1 weeks are worth more than WR3 weeks, but this gives us an idea of who is a safe play week-to-week.

And here is how that list changes when factoring in the average threshold for each of WR1, WR2, & WR3 on the season.

How do we determine who is the most valuable? Obviously, 12 WR3 weeks would not be as valuable as 5 WR1 & 5 WR2 weeks. To create a value chart, I simply added a value to each level.

Here are the results:

30+ was the runaway winner. So, I also gave each player a bonus for weeks of 30+ PPR points.

Here are players with 30+ point weeks.

After factoring all that in, I averaged their normal score with their average rank score and came up with the following.

DETROIT, MICHIGAN – DECEMBER 15: Chris Godwin #12 of the Tampa Bay Buccaneers signals a first down after a first half catch against the Detroit Lions at Ford Field on December 15, 2019 in Detroit, Michigan. (Photo by Gregory Shamus/Getty Images)

The list changes a little when we divide their score by games played to get their per game average score.

SEATTLE, WA – NOVEMBER 03: Wide receiver Tyler Lockett #16 of the Seattle Seahawks celebrates after scoring a touchdown against the Tampa Bay Buccaneers in the first quarter at CenturyLink Field on November 3, 2019 in Seattle, Washington. (Photo by Otto Greule Jr/Getty Images)

BALTIMORE, MARYLAND – DECEMBER 01: Deebo Samuel #19 of the San Francisco 49ers looks on against the Baltimore Ravens at M&T Bank Stadium on December 01, 2019 in Baltimore, Maryland. (Photo by Rob Carr/Getty Images)

GLENDALE, AZ – SEPTEMBER 23: Wide receiver Allen Robinson #12 of the Chicago Bears celebrates a scored touchdown against the Arizona Cardinals in the second half of the NFL game at State Farm Stadium on September 23, 2018 in Glendale, Arizona. (Photo by Jennifer Stewart/Getty Images)

I will be honest, I don’t know at this time how well this whole theory actually works. A discussion in our Facebook Group sent me down a tunnel and here we are.

We do know that there is value in being consistent when it comes to fantasy football. Having guys that are “no-brainers” helps in your decision making on a week-to-week basis.

Factor in the value of having a “week winning” score of 30+ (only 45 of those) during the season and I think for now, this is a fair assessment of WR values.

Let me all know what you think. You can find me @RotoHeatRick on Twitter. Maybe we end up tweaking it after it all soaks in.