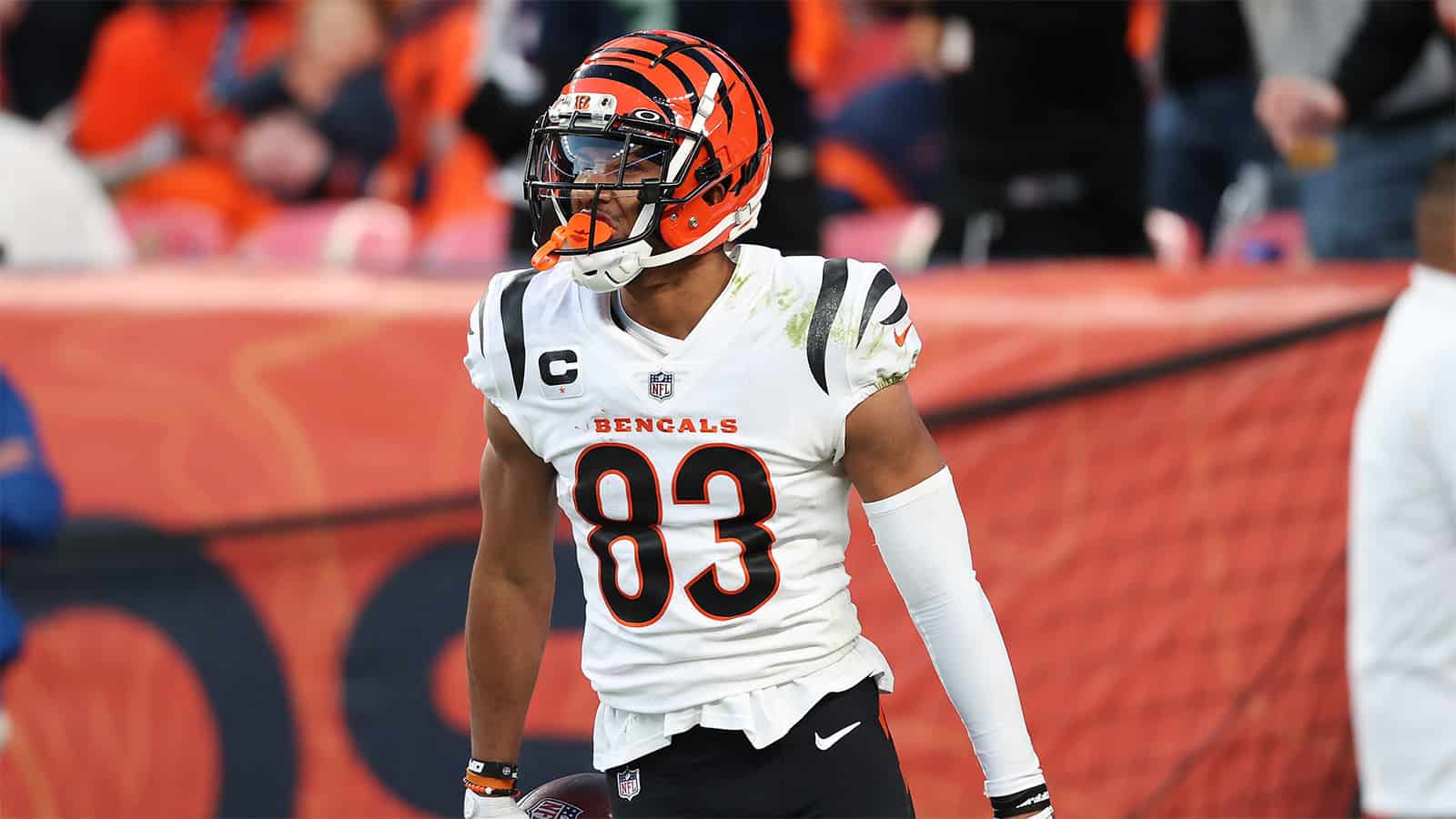 Tyler Boyd’s dynasty value is too low in 2022 despite the presence of Ja’Marr Chase & Tee Higgins in the Cincinnati Bengals offense. This is why he is the next one up of the seven unvalued wide receivers that I am going to cover over the next seven days. None of these players will have an ADP under 100 and none are top 36 at the position according to DLF SuperFlex ADP.

Tyler Boyd Just Finished as a Top 36 WR In PPR

What does a guy need to do to get a little respect put on his name? Yes, the situation isn’t as good as it was in 2020 before Ja’Marr Chase entered the building, but Tyler Boyd still performed. Last year, despite the presence of Chase and Higgins both being ahead of him, he finished as WR31 in PPR leagues. He managed double-digit points in 10 out of his 16 games. That wasn’t just with Tee Higgins sidelined either. Eight of those ten games came with all three wide receivers on the field.

Going a little deeper, over the past three seasons, Boyd has scored double-digits in 30 out of 47 games. Only 26 of those games came with Joe Burrow starting at QB. In those 26 games, Boyd has scored at least 10 PPR points in 18. Four of the games he missed that mark, were from Weeks 5-9 of the 2021 season. After that stretch, he finished 6/7 with five in a row to close the season out.

With that type of production, Tyler Boyd’s dynasty value is far too low heading into the 2022 season.

We aren’t going to get it twisted. Tyler Boyd isn’t a WR1 or WR2 with Ja’Marr Chase and Tee Higgins on the field. But there are absolutely zero reasons that he can’t finish as a WR3 again. This is a player that gets very little of the defense’s attention and really good at getting open. That is why he still received 94 targets despite being the third wide receiver.

All that being said, Cincinnati figured out a way after their week 10 bye, to keep all three wide receivers involved.

This offense, led by Joe Burrow, can support all three WRs for fantasy making Tyler Boyd’s dynasty value too low.

The key to success for Tyler Boyd is the same thing it has been for the past few years. As long as he continues to get open out of the slot, he is going to get targetted. The Bengals are paying him and there are absolutely zero reasons for them to quit utilizing him. This offense was at its best in the second half of the season.

But, there is another huge point to why Tyler Boyd could win you championships in 2022. If Chase or Higgins would go down with an injury, very few players at this point of dynasty drafts would command the workload Boyd would. This would easily catapult him from WR3 conversation to mid-WR2 conversation in this offense.

Tyler Boyd’s Dynasty Value is Too Low in 2022 Conclusion

The presence of Chase & Higgins suppresses the upside that Tyler Boyd could have otherwise, but the field has overreacted. Because of this, Tyler Boyd is now an extremely underrated fantasy player. If one of the other wide receivers would happen to miss extended time, Boyd will be one of the hottest trade chips on the market. He is a very consistent WR that has weekly upside and is one injury away from having seasonal upside. Why not get him before everyone else catches on?

If you are trying to win your dynasty league in 2022, Tyler Boyd is a WR3 that you can get for WR5-WR6 value.