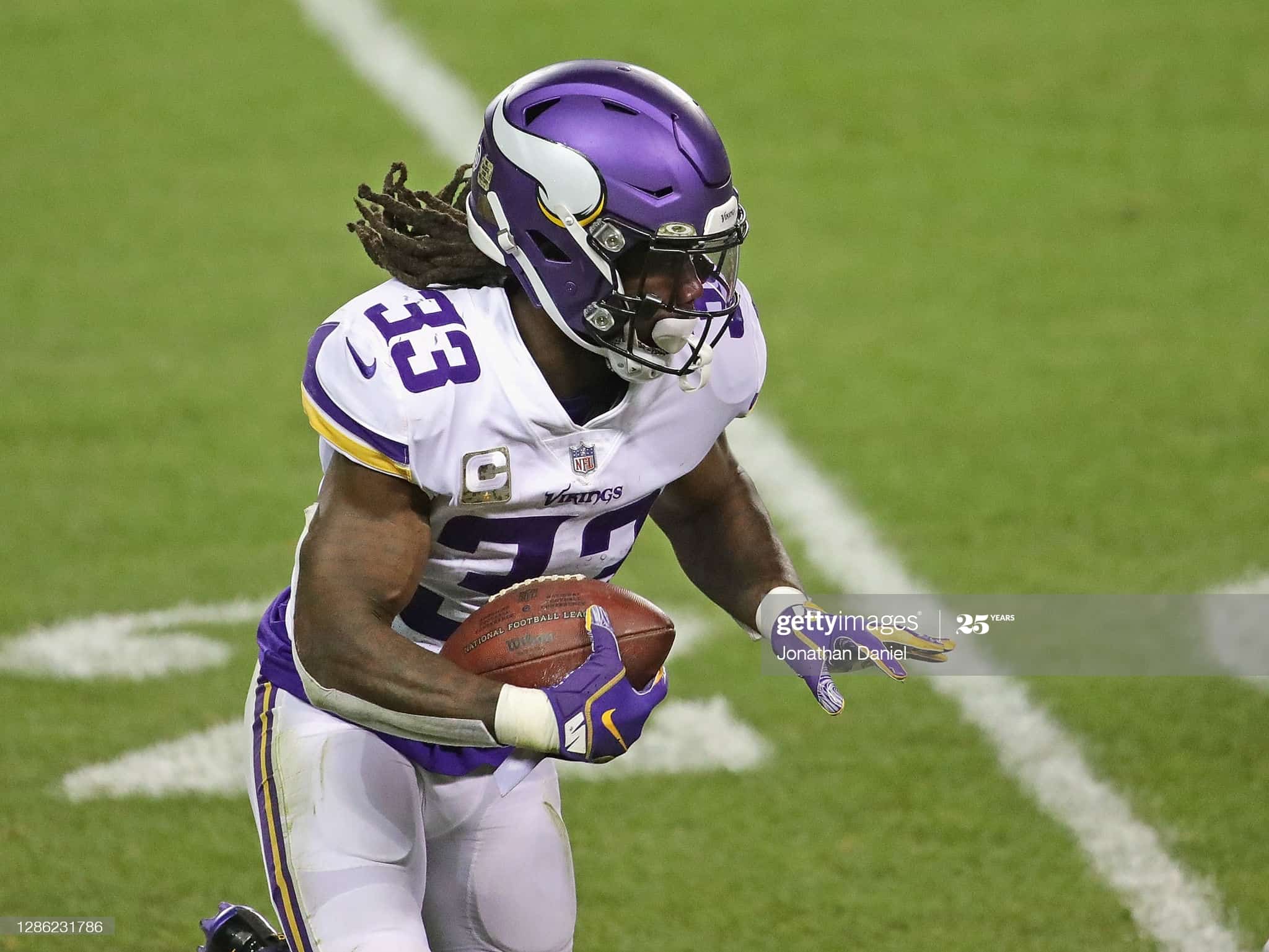 CLEVELAND, OH – NOVEMBER 15: Kareem Hunt #27 of the Cleveland Browns runs with the ball against the Houston Texans at FirstEnergy Stadium on November 15, 2020 in Cleveland, Ohio. (Photo by Jamie Sabau/Getty Images)

GREEN BAY, WISCONSIN – NOVEMBER 15: James Robinson #30 of the Jacksonville Jaguars avoids a tackle by Oren Burks #42 of the Green Bay Packers at Lambeau Field on November 15, 2020 in Green Bay, Wisconsin. The Packers defeated the Jaguars 24-20. (Photo by Stacy Revere/Getty Images)

GLENDALE, ARIZONA – NOVEMBER 15: Wide receiver Cole Beasley #11 of the Buffalo Bills scores on a touchdown reception as safety Budda Baker #32 of the Arizona Cardinals reacts during the second half at State Farm Stadium on November 15, 2020 in Glendale, Arizona. (Photo by Norm Hall/Getty Images)

MIAMI GARDENS, FLORIDA – NOVEMBER 15: Kalen Ballage #31 of the Los Angeles Chargers runs the ball against the Miami Dolphins during the first half at Hard Rock Stadium on November 15, 2020 in Miami Gardens, Florida. (Photo by Mark Brown/Getty Images)

Running back D’Andre Swift (32) of the Detroit Lions carries the ball under the pressure of outside linebacker Kevin Pierre-Louis (54) of the Washington Football Team during the second half of an NFL football game between the Washington Football Team and the Detroit Lions in Detroit, Michigan USA, on Sunday, November 15, 2020. (Photo by Amy Lemus/NurPhoto via Getty Images)

EAST RUTHERFORD, NEW JERSEY – NOVEMBER 15: Wayne Gallman #22 of the New York Giants celebrates after scoring a touchdown during the second half against the Philadelphia Eagles at MetLife Stadium on November 15, 2020 in East Rutherford, New Jersey. (Photo by Al Bello/Getty Images)

NEW ORLEANS, LOUISIANA – NOVEMBER 15: Brandon Aiyuk #11 of the San Francisco 49ers scores a touchdown during their game against the New Orleans Saints at Mercedes-Benz Superdome on November 15, 2020 in New Orleans, Louisiana. (Photo by Chris Graythen/Getty Images)