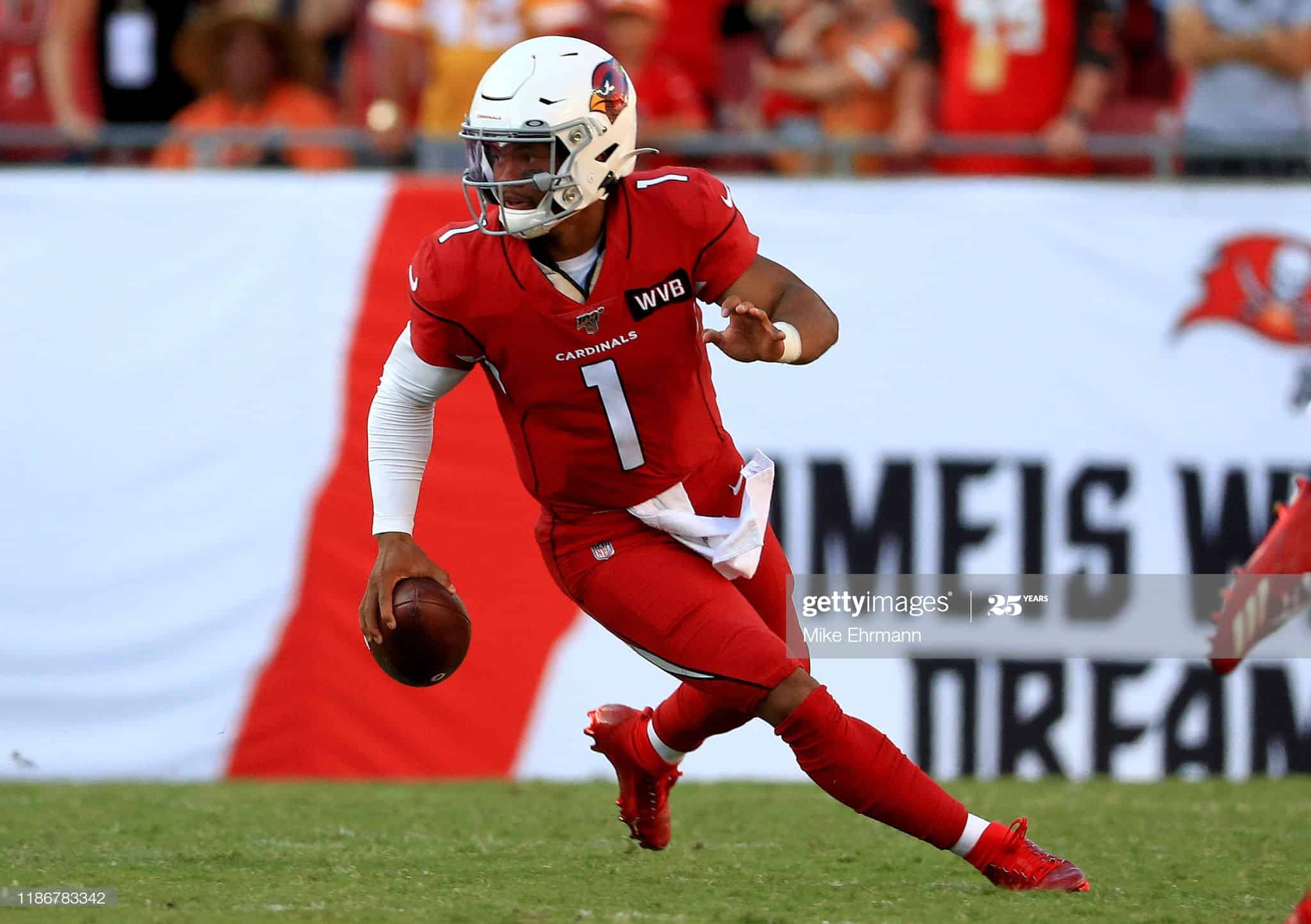 The Top 50 Series profiles individuals currently occupying a spot in the top-50 2021 Startup Dynasty ADP over on DLF. In Dynasty, there are certain players that tend to hold more uncertainty or are more divisive than others. The Top 50 Series takes a deep dive into the player’s career performance to date as well as his dynasty outlook for 2021 and beyond. We continue the Top 50 Series with Arizona Cardinals’ QB Kyler Murray.

Oklahoma QB Kyler Murray was selected by the Arizona Cardinals with the 1st overall selection of the 2019 NFL Draft. With the pick, the Cardinals made it consecutive seasons in which they selected a QB in Round 1. In the 2018 draft, Arizona selected Josh Rosen who they traded to Miami during the 2019 draft for a second round selection.

In year two, Kyler took the next step and became one of the leagues elite quarterbacks. He increased his passing yards by 249 and his touchdown passes by 6. He accomplished this with an injured throwing shoulder for nearly half the season. He also increased his rushing yards by 275, and scored 11 rushing TDs, 7 more than his rookie season. His increased productivity led to an average of 24.42 points per game and a QB2 finish.

Kyler appears to be the perfect fit for the Kliff Kingsbury Air Raid offense. 2021 is shaping up to be another solid season for the third-year QB. The Cardinals did little to improve their run offense this offseason and drafted catch-and-run speedster Rondale Moore to help boost Murray’s passing efficiency. Figure Murray’s legs to still be involved in 2021, especially in the red zone where he had nine of his 11 rushing TDs a season ago.

I believe that Kyler is an elite fantasy option at QB, and at the age of 23, barring injury, he could remain in this range of value for 10+ seasons.

I currently have him ranked 53rd, and he is my 2nd ranked QB in my 1QB start-up PPR rankings. The RotoHeat consensus rankings have Kyler at 55th overall.

The DLF ADP of 48th is a about right, I have Kyler slightly lower due to personal preference more than anything. I would prefer not to take a QB in the first four rounds of a 1QB start-up league draft. In a Superflex start-up, Kyler is at worst a top-4 pick in my opinion. If you have yet to complete your rookie draft and are looking to move Kyler for some draft picks, I would be willing to move Kyler for late round first or higher. When it comes to Superflex, it would take the 1.01+ to even consider moving him.