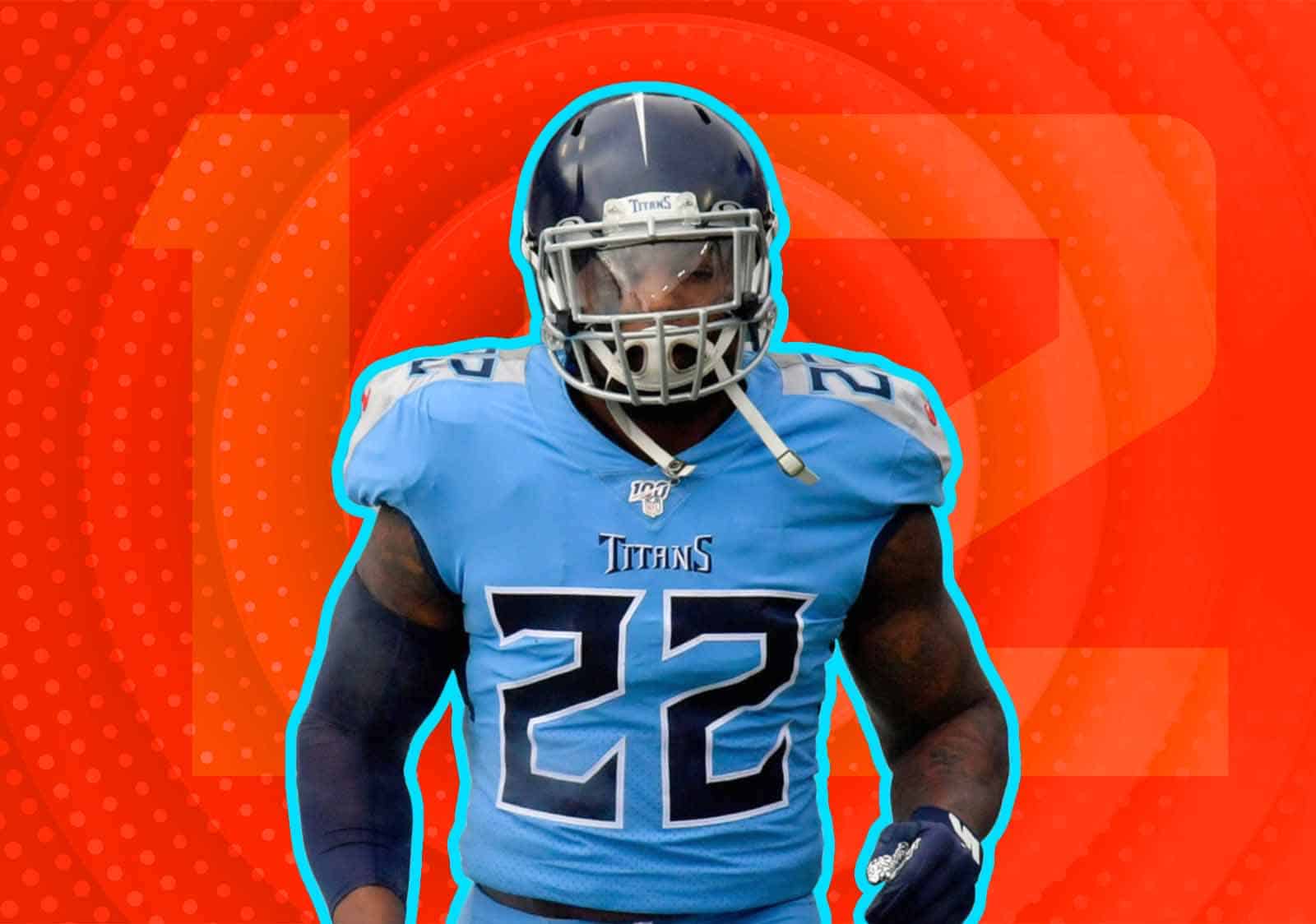 Welcome back! In this article, I will be diving into the top 12 running back plays for Week 1 of the NFL season. I will be looking at talent and matchup. Let’s get started.

Dalvin Cook finished the 2020 season with 1,557 rushing yards and 16 touchdowns. The Cincinnati Bengals were not great last year against running backs. Cook sits atop my list due to his ability to catch the ball. With the Vikings losing tight end Irv Smith Jr for the season, we can expect Cook to be the third option in the passing game and improve on his 44 receptions, 361 receiving yards, and 1 score from 2020.

PITTSBURGH, PA – NOVEMBER 08: Christian McCaffrey #22 of the Carolina Panthers carries the ball against the Pittsburgh Steelers during the first quarter in the game at Heinz Field on November 8, 2018 in Pittsburgh, Pennsylvania. (Photo by Justin K. Aller/Getty Images) top 12 running back plays for week 1

Christian McCaffrey was hurt for most of last season. In 2019, however, he had 116 receptions, 19 total touchdowns, and just under 2,400 total yards rushing and receiving. CMC and the Panthers will host the New York Jets on Sunday. The only concern for McCaffrey is the fact that Sam Darnold will be the fourth Panthers quarterback in 3 years, and how well he can get the offense to gel together.

3. Alvin Kamara, NO vs Green Bay

NEW ORLEANS, LOUISIANA – DECEMBER 25: Alvin Kamara #41 of the New Orleans Saints scores a fifth touchdown during the fourth quarter against the Minnesota Vikings at Mercedes-Benz Superdome on December 25, 2020 in New Orleans, Louisiana. (Photo by Chris Graythen/Getty Images) top 12 running back plays for week 1

Alvin Kamara finished the 2020 NFL season with 83 receptions, 21 total touchdowns, and 1,688 total yards from the line of scrimmage. Drew Brees has retired from the NFL, the Saints are turning to Jameis Winston, and they could rely more on Kamara this season. The Saints host a stout Green Bay run defense in Jacksonville this Sunday.

NASHVILLE, TENNESSEE – OCTOBER 13: Derrick Henry #22 of the Tennessee Titans runs with the ball in the third quarter against the Buffalo Bills at Nissan Stadium on October 13, 2020 in Nashville, Tennessee. (Photo by Frederick Breedon/Getty Images) top 12 running back plays for week 1

Derrick Henry has led the NFL in carries, rushing yards, rushing yards per game, and rushing touchdowns the past 2 years. Henry is hard to tackle and fights for extra yards. Tennessee added Julio Jones this offseason to help prevent defenses from stacking the box against Henry. The two concerns about Henry would be the number of carries he has received the last couple of years and the lack of targets Henry will see in the passing game.

CANTON, OHIO – AUGUST 5: Mason Rudolph #2 of the Pittsburgh Steelers hands the ball off to Najee Harris #22 in the first half during the 2021 NFL preseason Hall of Fame Game against the Dallas Cowboys at Tom Benson Hall Of Fame Stadium on August 5, 2021 in Canton, Ohio. (Photo by Emilee Chinn/Getty Images) top 12 running back plays for week 1

Najee Harris is a rookie from Alabama that the Steelers drafted in the first round. He has great hands, speed, and size. Buffalo’s run defense is tough, but if he can find a hole or two, Harris could make some big plays. Roethlisberger could end up using Harris more in the passing game if Diontae Johnson’s drops continue to be an issue.

GLENDALE, ARIZONA – DECEMBER 15: Running back Nick Chubb #24 of the Cleveland Browns rushes the football against the Arizona Cardinals during the first half of the NFL game at State Farm Stadium on December 15, 2019 in Glendale, Arizona. The Cardinals defeated the Browns 38-24. (Photo by Christian Petersen/Getty Images) top 12 running back plays for week 1

Nick Chubb finished last season with 1,067 rushing yards and 12 scores. He also only had 16 receptions for 150 yards. Chubb splits time with Kareem Hunt, but Chubb is the running back that the Browns try to get going early and often in their games. The Browns travel to Kansas City to face the Chiefs and their poor run defense on Sunday.

PHILADELPHIA, PENNSYLVANIA – DECEMBER 13: Wide receiver Greg Ward #84 celebrates with running back Miles Sanders #26 of the Philadelphia Eagles after Sanders rushed for a second quarter touchdown against the New Orleans Saints at Lincoln Financial Field on December 13, 2020 in Philadelphia, Pennsylvania. (Photo by Tim Nwachukwu/Getty Images) top 12 running back plays for week 1

Miles Sanders and the Eagles will travel to Atlanta to face the Falcons on Sunday. In 2020, Sanders rushed for 867 yards and 6 touchdowns in 12 games. This will be Jalen Hurts’ first season as the starting quarterback in Philadelphia, and the Eagles might rely more on the running game.

INDIANAPOLIS, INDIANA – JANUARY 03: Jonathan Taylor #28 of the Indianapolis Colts is tackled by Chris Claybrooks #27 of the Jacksonville Jaguars during the first quarter at Lucas Oil Stadium on January 03, 2021 in Indianapolis, Indiana. (Photo by Justin Casterline/Getty Images) top 12 running back plays for week 1

Jonathan Taylor finished his rookie season with 1,169 yards and 11 touchdowns. He was also able to add 36 receptions for 299 yards and 1 score. The Colts are without TY Hilton to start the season and might need to rely on Taylor and the running backs more than injury-prone Carson Wentz, Michael Pittman, and the passing game.

JACKSONVILLE, FL – NOVEMBER 22: Runningback James Robinson #30 of the Jacksonville Jaguars runs with the ball during the game against the Pittsburgh Steelers at TIAA Bank Field on November 22, 2020 in Jacksonville, Florida. The Steelers defeated the Jaguars 27-3. (Photo by Don Juan Moore/Getty Images) top 12 running back plays for week 1

There is a new number 1 quarterback in Jacksonville, and there was a new running back in Travis Etienne as well. Etienne was hurt in the preseason and will miss the entire regular season. James Robinson finished with 10 total touchdowns and 1,414 total yards from scrimmage. The Jaguars could depend on Robinson more early to help Trevor Lawrence adjust to the NFL. Jacksonville is headed to Houston to play a rebuilding Texans team.

TAMPA, FLORIDA – FEBRUARY 07: Leonard Fournette #28 of the Tampa Bay Buccaneers carries the ball during the third quarter against the Kansas City Chiefs in Super Bowl LV at Raymond James Stadium on February 07, 2021 in Tampa, Florida. (Photo by Patrick Smith/Getty Images) top 12 running back plays for week 1

Fournette had only 97 rushing attempts for 367 rushing yards and 6 scores last season. During the playoffs, he had 300 rushing yards, 18 receptions, and 4 total touchdowns. Fournette possibly gained the trust of Tom Brady and he should lead the running back group in Tampa Bay against a suspect Dallas defense.

CINCINNATI, OH – OCTOBER 4: Joe Mixon #28 of the Cincinnati Bengals runs with the ball during the game against the Jacksonville Jaguars at Paul Brown Stadium on October 4, 2020 in Cincinnati, Ohio. Cincinnati defeated Jacksonville 33-25. (Photo by Kirk Irwin/Getty Images) top 12 running back plays for week 1

Joe Mixon was hurt for most of 2020, as he played in only 6 games and ran for 428 yards and 4 total touchdowns. Mixon is a 3-down running back that can contribute in the passing game. Sophomore quarterback Joe Burrow is returning from an injury as well, and the Bengals could need to depend on Mixon and the running game more as they face the Vikings.

ATLANTA, GEORGIA – NOVEMBER 29: Josh Jacobs #28 of the Las Vegas Raiders rushes with the ball against Darqueze Dennard #34 of the Atlanta Falcons at Mercedes-Benz Stadium on November 29, 2020 in Atlanta, Georgia. Jacobs was penalized for lower his helmet on the play. (Photo by Kevin C. Cox/Getty Images) top 12 running back plays for week 1

Josh Jacobs finished the 2020 season with 1,303 total yards from scrimmage and 12 touchdowns. He ran for over 1,000 yards each of his first 2 seasons. Even though he is facing the Ravens in Week 1 and the Raiders signed Kenyan Drake in the offseason, he is on this list based on his history with Week 1 games. Jacobs scored 2 touchdowns and ran for 85 yards in Week 1 in 2019. He followed that up with 3 touchdowns in Week 1 of the 2020 season. Could this trend continue in 2021?

Thank you for reading the Top 12 Running Back Plays for Week 1. To check out articles like this and more go to RotoHeat.com, and join the conversation in our Facebook group.