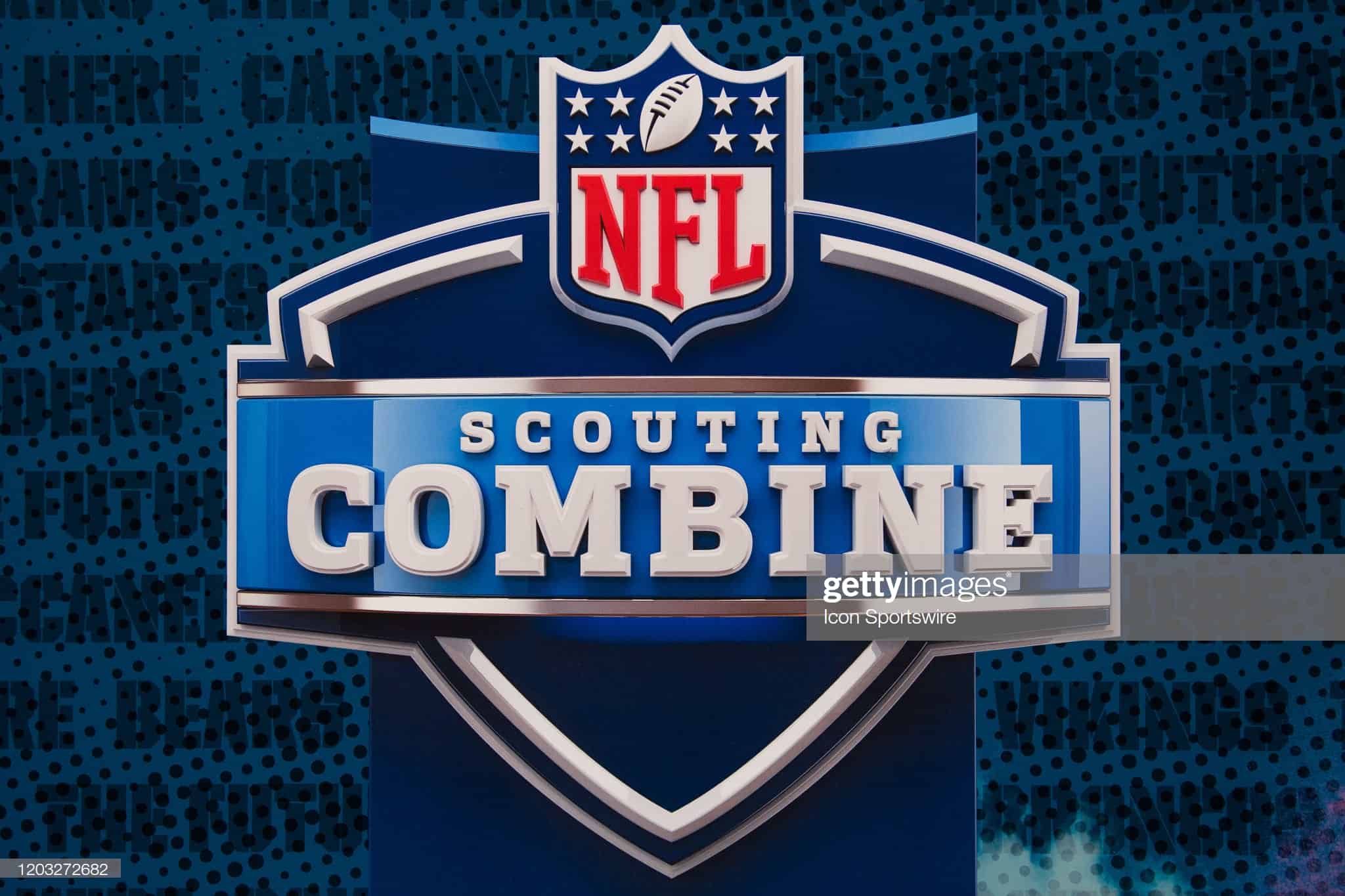 As we move into the scouting combine I thought I’d throw out my “Way Too Early Top 10 Rookie Tight Ends” at each position. The 2020 rookie class continues to be very fun to watch and I think this year’s tight end class will have some nice value. To keep up with me and everything fantasy, follow me over on Twitter!

Take a look at my top 10 rookie tight ends!

At the top of my top 10 rookie tight ends list is Cole Kmet. Kmet posted a good time of 4.70 for his 40 time at the combine. By all accounts, he had a good combine showing and continues to keep himself at the top of my tight end draft class. You could see it at Notre Dame that he has plus athleticism, hands, and overall effort and plays the way you want a tight end to play with a fierce tenacity and big play potential. My only concerns really come in the blocking game where I saw him overpowered a few too many times (but hey, in fantasy we don’t want no sticking blocking tight ends!).

LINCOLN, NE – SEPTEMBER 29: Tight end Brycen Hopkins #89 of the Purdue Boilermakers runs after a catch against the Nebraska Cornhuskers at Memorial Stadium on September 29, 2018 in Lincoln, Nebraska. (Photo by Steven Branscombe/Getty Images)

Hopkins is another nice prospect coming out in this class who does all of the receiving aspects of the position really nicely. From smooth route running to his hands and ball tracking skills, Hopkins will be in the conversation for the top tight ends in the class when it’s all said and done.

The fastest tight end at the combine, I think his week in Indianapolis really helped vault “Albert O” back into the conversation of top five tight ends in this class. He was a guy you could flex all over the formation and can make some plays with the ball. The downside to his game is his motor. I saw sloppy route running and sometimes a guy who seemed to take plays off.

SEATTLE, WASHINGTON – OCTOBER 19: Hunter Bryant #1 of the Washington Huskies completes a pass against Jevon Holland #8 of the Oregon Ducks in the second quarter during their game at Husky Stadium on October 19, 2019 in Seattle, Washington. (Photo by Abbie Parr/Getty Images)

Another TE that seemed to have a solid week in Indy by posting a 4.74 40 and the second most reps on the bench press at 23 was Hunter Bryant. During his time in Washington, you saw a lot of similar routes on the film, but he did them all pretty well. The biggest concern watching college tape was blocking and power but he is working to change my mind with the strength he displayed at the combine. This tells me with the right coaching he will be fine in the NFL and deserves this spot on my top 10 rookie tight ends list.

FAYETTEVILLE, AR – OCTOBER 27: Jared Pinkney #80 of the Vanderbilt Commodores runs the ball during a game against the Arkansas Razorbacks at Razorback Stadium on October 27, 2018 in Fayetteville, Arkansas. The Commodores defeated the Razorbacks 45-31. (Photo by Wesley Hitt/Getty Images)

Pinkney didn’t do himself any favors at the combine, posting a slower 4.96 40, but I liked what I saw at Vanderbilt. He always seemed to find the holes in the flats of a defense and pick up the tough yards with great hands, though I anticipate as we get closer to April, he will be the player that can drop in my rankings the easiest. What we saw at the combine is what we’ve seen in college–which is a tight end with a poor athletic profile.

ATLANTA, GEORGIA – DECEMBER 28: Tight end Thaddeus Moss #81 of the LSU Tigers rushes for a touchdown in the second quarter over the Oklahoma Sooners during the Chick-fil-A Peach Bowl at Mercedes-Benz Stadium on December 28, 2019 in Atlanta, Georgia. (Photo by Gregory Shamus/Getty Images)

Moss does a good job winning at the point of the catch, whether it’s by boxing out defenders or making tough catches, Moss will impress teams with that ability more than anything else he has to offer. The downside to Moss’ game, much like Pinkney is that he won’t wow you with his athletic profile and that is the reason he isn’t higher on my top 10 rookie tight ends list.

Trautman wasn’t the fastest for his size at the combine but it wasn’t terrible either. He has the size and enough athletic ability to really help a tight end needy team. The big downside to Trautman is he has quite a bit to learn at the position still, so I expect him to slide down draft boards for some of these more polished tight ends.

EUGENE, OR – SEPTEMBER 02: Tight end Jacob Breeland #27 of the Oregon Ducks grabs a pass over the arm of linebacker Taylor Nelson #94 of the Southern Utah Thunderbirds in the first quarter of the game at Autzen Stadium on September 2, 2017 in Eugene, Oregon. (Photo by Steve Dykes/Getty Images)

I can see him getting higher on my top 10 rookie tight ends list as the draft process plays out, specifically because he developed into a nice route runner with big catch ability. 2019 showed a vertical element to his game that I don’t think people expected to see. The downside to Breeland is that he won’t be facing Pac-12 competition every week in the NFL, so some of his athletic shortcomings may become a bigger problem.

PASADENA, CA – NOVEMBER 24: Colby Parkinson #84 of the Stanford Cardinal hauls in a short pass play as Darnay Holmes #1 of the UCLA Bruins defends during the first half of a game at the Rose Bowl on November 24, 2018 in Pasadena, California. (Photo by Sean M. Haffey/Getty Images)

He’s a smart kid with decent speed and a huge catch radius. The biggest downside to him is he’s another project-type player; one that will need a bit of coaching to catch all the little nuances of the position.

BOCA RATON, FLORIDA – NOVEMBER 30: Harrison Bryant #40 of the Florida Atlantic Owls in action against the Southern Miss Golden Eagles in the first half at FAU Stadium on November 30, 2019 in Boca Raton, Florida. (Photo by Mark Brown/Getty Images)

Starting of my top 10 rookie tight ends list is the player that had by far the best week in Indianapolis. Harrison Bryant posted a 4.73 40 and showed through his college career that he can be a great asset in the receiving game. The John Mackey Award winner didn’t show very well on the bench press though, with just 13 reps, so teams won’t be looking at him for his blocking skills. For more great rookie content check out the rookie section here on RotoHeat!