Home Redraft Start or Sit These Players on Thursday Night to Win Week 14... 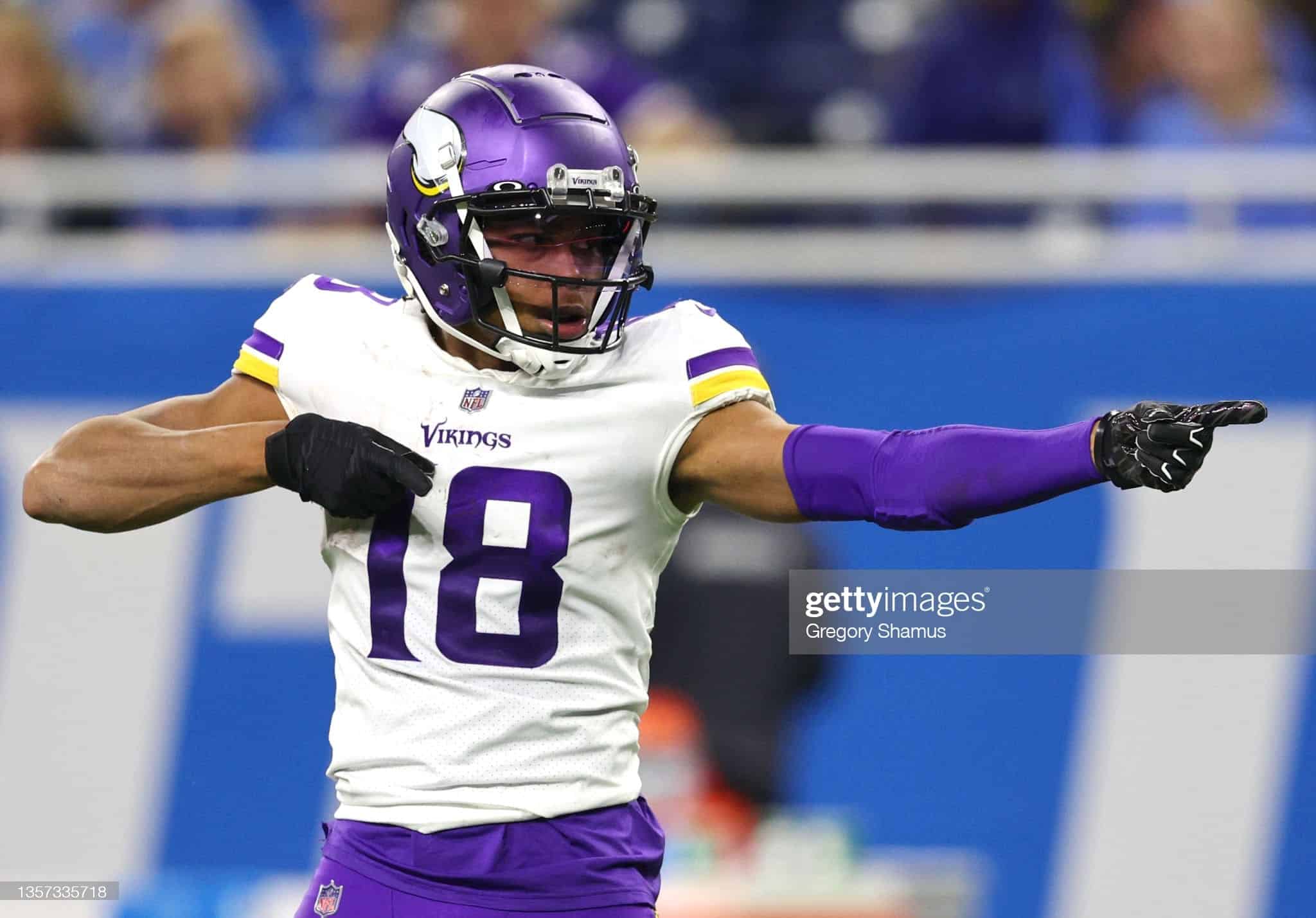 With out further ado, let’s get into Thursday’s matchup between the Pittsburgh Steelers and the Minnesota Vikings.

Entering Week 13, news leaked out that Ben Roethlisberger was strongly considering making 2021 his final NFL season. I cannot speak for the anyone other than myself, but is this really news? The future Hall of Fame QB is a shell of his former self and is not a QB that can be depended upon in Fantasy or real life. Big Ben has averaged 14.80 points in his 11 starts this season, and he enters Thursday night as the QB22 in standard 4 point/passing TD scoring leagues.

If there were a week to consider starting Ben, this would be one of them. Minnesota is the 6th worst team in the league against the QB allowing 19.6 points per game to the position. In addition over the past three weeks, Ben has averaged 17.6 points per game and is the QB6. I don’t see him as a top-12 QB even in this favorable matchup, but I have all the confidence in the world that he can be started as a second QB in 2QB or Superflex leagues this week.

There are a lot of things wrong with the Minnesota Vikings, and Kirk Cousins isn’t one of them. Cousins enters Week 14 averaging over 20 points an outing and sits at QB8 with 240.62 points on the season.

Pittsburgh is a middle of the road defense versus the QB. They are the 17th worst this season allowing on average 18.5 points to the position. I am happy to start Cousins this week despite the fact he will be without one of his top pass catchers, (Adam Thielen), and his top RB in Dalvin Cook. Cousins will get enough out of his offensive mates to land in the top-10 this week.

When looking at the Steelers backfield there is rookie Najee Harris and an insignificant supporting cast. In twelve games this season the Steelers have 284 rushing attempts and they have targeted the RB 82 times. Najee Harris has 217 of those rush attempts and he has seen 72 of those targets. When the ball is intended for a Pittsburgh running back in 2021, 79% of the time that back is Najee Harris.

I have Harris ranked as my RB8 this week, and he is in my opinion a no doubt must start RB. The Vikings are giving up on average 101 rush yards, 36 passing yards, and .92 touchdowns each week. The 24 PPR points they yield to the position weekly is ranked 15th worst in the league.

This would have been a much better matchup had Dalvin Cook been active, with that being said, Alexander Mattison is a very capable replacement for the Vikings and your fantasy team. Last week Mattison got the start and delivered 21.4 PPR points and a RB8 finish. In three starts this season, Mattison has finished as the RB7, RB6, and RB8, averaging 23.6 points a week.

Mattison is my RB7 this week, and like Najee Harris, he is in my opinion a no doubt must start RB. The Steelers are giving up on average 106 rush yards, 39 passing yards, and .92 touchdowns each week. The 24.6 PPR points they yield to the position weekly is ranked 12th worst in the league. I believe there is a future for Kene Nwangwu but at this time he is a dynasty bench stash and nothing more.

When it comes to the Steelers wide receivers, there are two individuals that stand out. Diontae Johnson and Chase Claypool. Since Juju Smith-Shuster went down in Week 5, with a season ending shoulder injury, Dionte Johnson is the 4th highest scoring WR in PPR scoring and Chase Claypool is WR52 in six games.

The Vikings defense is bad, and where it is exceptionally bad is in the secondary. Opposing wide receivers have been beating the Vikings like a drum all season long. Minnesota is the second worst team in the league against the WR position, giving up on average 41.9 points weekly. I have Johnson ranked as WR4 this week and Claypool at WR27. If Claypool wasn’t dealing with a foot injury he would likely be inside my top-20. I am not ready to start Ray-Ray McCloud or James Washington. Despite the plus matchup there likely isn’t the volume required for either of them to be viable without finding the end zone.

Entering Week 14, the Minnesota Vikings have the 2nd highest and 13th highest PPR scoring wide receivers on their roster. Justin Jefferson is WR2 averaging 20.1 points per game and Thielen despite only 1 point in Week 13 is 13th averaging 16.1 per game. With Adam Thielen being out with a high ankle sprain, Justin Jefferson is in line for a pile of targets.

The Steelers defense is beatable via the pass as well, just not to the extent the Vikings is. Pittsburgh is the 10th worst team against the WR position this season giving up on average 36.1 PPR points a week. I have Jefferson ranked 3rd this week, in a game that he could see north of 12 targets. With Thielen out, second-year WR K.J. Osborn gets a bump up my rankings to WR42. I would be comfortable using Osborn in a flex spot this week if need be.

All the rookie talk this offseason surrounded Kyle Pitts at the TE position, and Steelers rookie TE Pat Freiermuth sort of flew under the radar. Entering Week 14, Freiermuth sits at TE13 on the season averaging 9.5 PPR points a week. Since 2010 there have been only two rookie TEs to hit the top-12 in their first season, and Freiermuth is on pace to join Pitts in the top-12 this season.

Minnesota has been solid against the tight end in 2021. They are allowing 9.7 points to the position, 8th best in the league. Part of this is the opposing offense is too busy beating them with their wide receivers on the outside, and the other is the play of LBs Eric Kendricks and Anthony Barr. Both Kendricks and Barr are expected back this week from injury, and there return impacts my projection for Freiermuth. I am still starting him this week, but if there is a way that I can avoid it I likely am. I have him ranked 12th this week, and I do believe he struggles to get to his season average in points scored.

The Minnesota Vikings and their fans were excited for the possibility of Irv Smith Jr. breaking out in the Vikings offense after the team ended its relationship with long-time TE Kyle Rudolph this offseason. Smith suffered a knee injury in the preseason and will miss the entire 2021 season as a result. Enter Tyler Conklin.

The Steelers, like the Vikings have also been a solid defense against the TE this season. They sit as the 10th best in the league giving up an average of 10.7 points per week. Tyler Conklin has been fantasy relevant this season, jsut not overly startable most weeks. He sits at Te15 on the season and he is averaging 9.3 PPR points a game. His nine targets in Week 13 were a season high, and with Thielen sidelined I expect that to continue. I have Conklin ranked 7th and I believe he is a solid start.

Thank you for reading Start or Sit These Players on Thursday Night to Win Week 14 Fantasy.