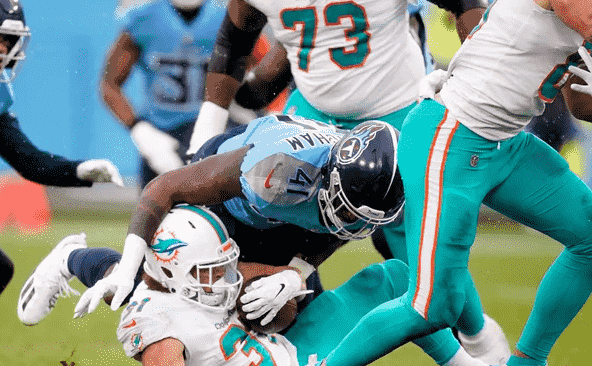 Remember when shopping sprees were a thing? They were TV shows with them a whole game, or part of a large game. It was something you could win as a prize, and you’d run around a store (oftentimes with a shopping cart) trying to fit as much as you could in a certain amount of time.

Now I am not saying we should view fantasy football like that, but going shopping in fantasy football is never a bad idea. We should always be looking to acquire assets that are cheaper than they should be. That is what constitutes a dynasty football “buy” to me. What you should pay to acquire said asset is always going to vary; it is even harder with IDP given the large variety in starting spots, scoring systems, etc.

If you ever have specific, detailed questions for me about any of these players in your league, let me know and I would love to discuss more in-depth with you. Generally speaking though, I am seeing these players as “buys” and likely to return a higher value this year (and going forward) than the current general perception.

Playing next to Aaron Donald is a nice place to be for a defensive lineman. Yes, Aaron will get a lot of the production, but he also gets a lot of the attention with frees-up others to make plays; John Franklin-Meyers, Sebastian Joseph-Day, Michael Brockers, the list goes on people who had benefited from playing next to Aaron. Even in DT/IL required leagues Greg Gaines is being overlooked, and likely not rostered. He represents a great value for someone who can be obtained for free, or close to it.

A 2017 2nd round pick by the Texans in 2017, Cunningham was a top 15 LB in 2019, and a top 5 in 2020, after improving each of his first two years. The Texans got a new front office in 2021 which decided that he didn’t fit what they wanted in terms of culture and/or performance; he was benched for two weeks by head coach David Culley and ultimately cut on December 8, 2021.

He was claimed by division rival Tennessee the next day and averaged a 67.4 snap share in the four games he played for them while learning their system and playbook. He managed 26 tackles (19 solo) and 3 TFL during those games. Zach reworked his contract with Tennessee but is still under contract through 2024 and will be 27 most of this season.

A proven high-end fantasy linebacker that is going to start for Tennessee this year, Zach is a great buy. Many managers have a bad taste left in their mouths after last year, but Tennessee looks committed to keeping him around and he will be in a great spot for continued production.

Joe was a rookie last year for Tamp Bay, but I still think this is as low as you are likely to get him. A productive pass rusher in two years at Washington (8 sacks and 12.5 TFL in his last year, he sat out 2021 due to the pandemic) he was productive in limited time as a rookie behind Shaq Barrett and Jason Pierre-Paul. In 2021 he had a 49% snap share, starting 6 of the 17 games he played in, and ending with 29 tackles (21 solo), 5 TFL, 4 sacks, and 3 PD.

Tampa Bay may sign a veteran to compete with him, but they are high on the 32nd pick in the last year’s draft and even if they do I think he wins the job. I am excited to see what he does with a full season starting and a big-name pass rusher (Shaq) across from him. The offense is going to put up stats again with Tom Brady back, which will give him plenty of chances to get to the QB.

Quincy went to Murray State for college as a running back who moved to safety. He played well there but was still a surprise 3rd round pick of the Jaguars in 2019. Quincy was injured much of his time in Jacksonville only playing in 18 games in two years. He’s a bit undersized for an NFL linebacker at 5’11”, 225 lbs., but has elite speed and explosiveness.

He was a surprising cut by the Jaguars at the end of August 2021. He was claimed soon after by the Jets, where he got to play with his younger brother and defensive linemen, Quinnen Williams. He eclipsed his two previous season totals combined in 2021, starting 13 of the 16 games he played in. He had 110 tackles (73 solo), 9 TFL, 5 PD, 3 forced fumbles, and 2 sacks. He had one year left on his rookie deal, but the Jets gave him over $1 million raise for 2022 when he will make $2.54 million before hitting free agency.

Quincy is going to be eager to continue to prove doubters wrong, and he will be a starter again this year barring a massive upset as the Jets did nothing to address their linebackers in the draft or free agency. I believe in the talent and his college safety skillset continuing to translate to today’s NFL. I see him as having backend LB 2 potential, and he is usually going much, much later than that in drafts.

Xavier was the first safety taken that year (by the Giants with pick 36) after a standout career at Alabama, but a fractured foot limited him to 6 games (4 starts) near the end of the season. He played well last season, starting 16 of 17 games played and ended with great PFF ratings and a final stat line of 93 tackles (59 solo), 10 PD, 5 INT, 1 TD, and 1 TFL.

Xavier should be a fixture in the Giants’ secondary for years to come, and I think we have still yet to see his ceiling. He is a defensive back worth paying for; he is normally with the top 15 dynasty DBs when ranked, but for a player with a ceiling of the DB1 I am willing to pay to get him and secure that spot on my team for the foreseeable future.

Pete was a rookie in 2021 and had a decent year for someone who only started part of the year, but I believe he is the linebacker of the future for the Saints. At 6’2″, 240 lbs he has great size and was productive while in college at Ohio State; He started 8 of the 15 games he played in during 201, ending with 62 tackles (36 solo), and 4 TFL. That was also only with a 35% snap share on the year, and not breaking 50% of the snaps in any game until Week 8.

Demario Davis may remain the main guy this year for the Saints, but he is 33 this year and will be gone after the 2023 season. He is a smart, versatile player that graded out well across the board his rookie year. His future is very bright and he has the potential to be an LB 1 in the coming years for the Saints once Demario is gone. I am trying to get him at his current discounted price while I still can.