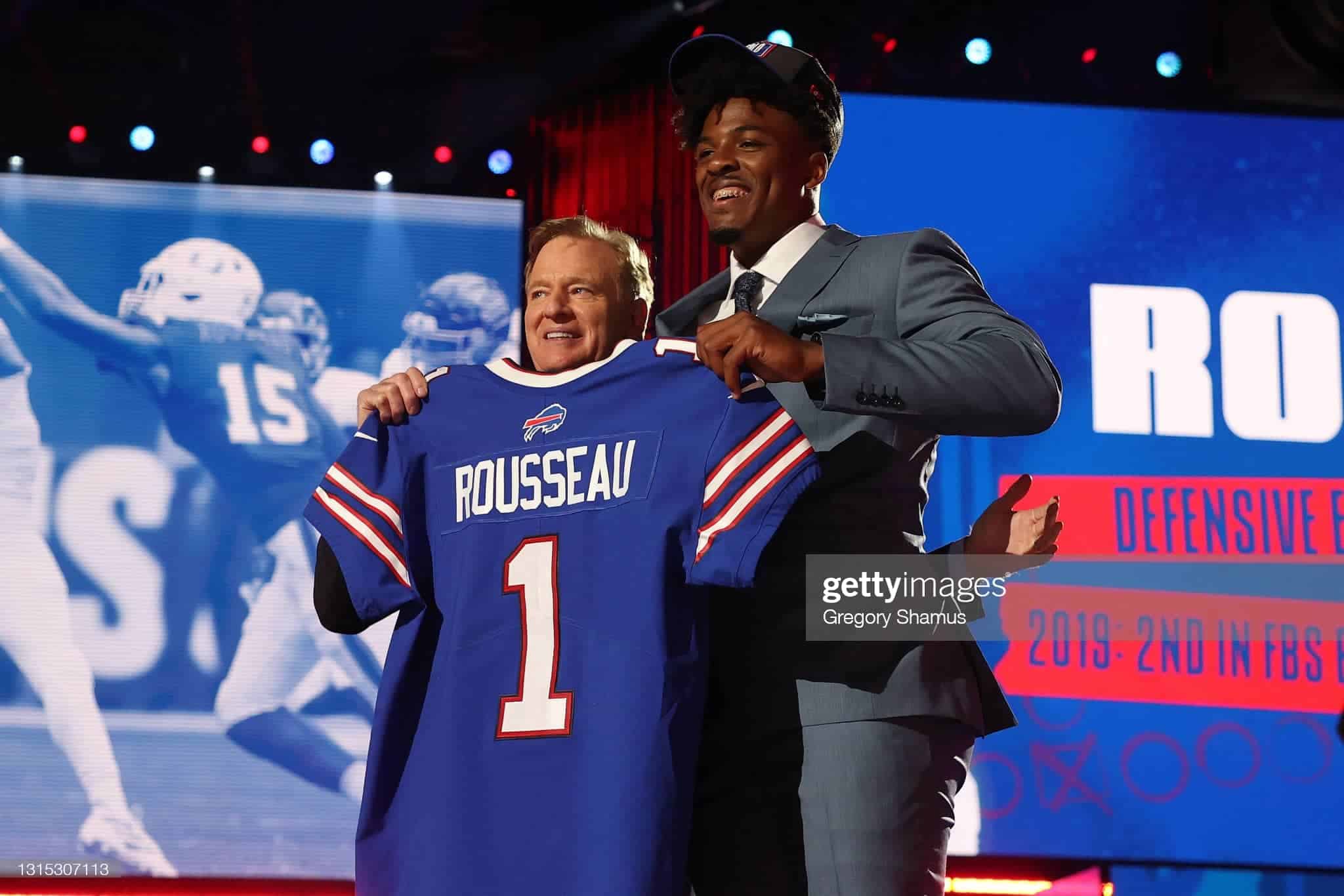 The 2021 NFL Draft has come and gone, but the cycle of obtaining and processing all the new information is never ending. There were a lot of interesting landing spots for what was seen as an overall underwhelming IDP crop this year, but as we saw in 2020, there are always guys who will have value.

What follows are my post-2021 NFL Draft Top 10 2021 IDP Rookies. If you have questions about the scoring we use, check it out here!

Micah started off this class as the top IDP player and little has changed. You could call me a Dallas homer with this pick, but Parsons has LB1 potential in Dallas. Jaylon Smith has seemingly regressed in play, Leighton Vander Esch seems to get hurt often (and did not have his fifth year option picked up by the team) and Sean Lee retired. Parsons has everything you would want in a linebacker, and despite off the field and maturity issues, Dallas took him high. This should not surprise anyone, as Jerry Jones has never shied away from talented, but troubled, players. I don’t think the issues with Parsons are nearly what they were made out to be, and long term this is a great spot.

New to the top 10, Jamin was flying under the radar until he testing amazingly at his Pro Day. He flew up draft boards, and being taken by Washington at pick 19 is a tremendous spot for him. He will have a great chance to win a starting job, as Jon Bostic is a quality, if not exciting veteran, and the new coaching staff does not appear to like Cole Holcomb as much as the prior one. Once he starts, Jamin will be able to fly around behind the best defensive line in football and get fantasy owners dozens of points. The landing spot here is just fantastic for fantasy, and he’ll have a great chance to be the highest scoring rookie linebacker this year.

Phillips clearly did well in interviews, as his coaches raved about him, and the Dolphins must feel that he is committed to the game at this point, as he went at pick 18 last week. He had a tremendous 2020 season and always had the talent (#1 recruit in the 2017 class according to 247sports.com). Miami needed to upgrade their pass rush, and Phillips will certainly provide that as an EDGE, who can play standing up or with his hand in the dirt. The talent plus landing spot made him an easy pick for the #3 spot for me.

I was a big fan of Zaven going into the draft, and I like this spot. He and Isaiah Simmons both function like queens on the chess board, in that they can both line up in many different spots and serve in different roles, but I think they compliment each other more than eat into each others’ roles. Simmons is more like a safety/linebacker hybrid playing in the middle, while Zaven is more of a DE/linebacker hybrid also playing in the middle. The Cardinals GM stated they intend to use Zaven as a MIKE, and I feel he fits better there than as an EDGE, although he is capable of that too. With Jordan Hicks gone after this year or the next, I love this spot for another player I had a high grade on going into the draft.

JOK slid further than many expected due to late medicals regarding a heart condition, but the Browns were comfortable enough with it to take the versatile player at pick 52. In Cleveland, he goes to a crowded, if underwhelming, linebacking corps; Anthony Walker, Sione Takitaki, Jacob Phillips, Mack Wilson and Malcolm Smith are all there already. JOK played all over the field in his two years of play at Notre Dame, and while I think this is a good long-term landing spot, he may have an Isaiah Simmons type first year while they figure out how to use him.

Kwity is likely starting right away and will be part of a remade defensive line alongside DeForest Buckner, and eventually fellow rookie Dayo Odeyingbo. Paye is an all around quality player whose strength sets him up to succeed against the run in the NFL right away while also being an acceptable pass rusher. Honing his pass rush techniques in the NFL will be needed, but with likely Day 1 playing time, Paye will be a good, young IDP asset this year.

Holland was my favorite safety going into the draft, and I love this landing spot for him. He goes to a secondary with a great set of cornerbacks (Xavien Howard, Byron Jones and Noah Igbinoghene) and newly signed Jason McCourty, who like Holland, can play all over. Holland should start for this team this year and given what is around him, he should have a great chance to have a fantasy impact as a rookie.

Bolton landed in a great spot and his draft capital was a bit higher than I expected. He is more of a classic run-stopping linebacker who is ready to play right away. He joins 2020 2nd round pick Willie Gay Jr, who was (and I feel is) still more raw, but is a better overall athlete with higher overall upside. I think the two compliment each other well, and both could start next to Anthony Hitchens this year. Even if it isn’t Day 1, I think Bolton starts starting this year for the Chiefs.

Rousseau was probably the highest riser in my rankings, as he went to a great spot and had higher draft capital than I anticipated. He goes to a team that does not have a pass rusher built like him, with the physical ability he has, but he also will not be forced to start right away. He will be able to learn and grow behind veterans Jerry Hughes and Mario Addison, alongside AJ Epenesa and fellow rookie Carlos Basham. This is a great spot for dynasty, but expectations the first few years should be tempered.

Richie (#40 pick) was my #4 safety going into the draft, although it was close with him, Andre Cisco and Trevon Moehrig for 2-4. I love this spot for Richie, and given how close I had them, he got the bump. Erik Harris (one year free agent deal) and Jaylinn Hawkins (2020 4th round pick) appear to be his competition at free safety, and I like his chance to win this one. He is a solid tackler that can play all over the field and gives the Falcons what they need as they overhaul their safety group.