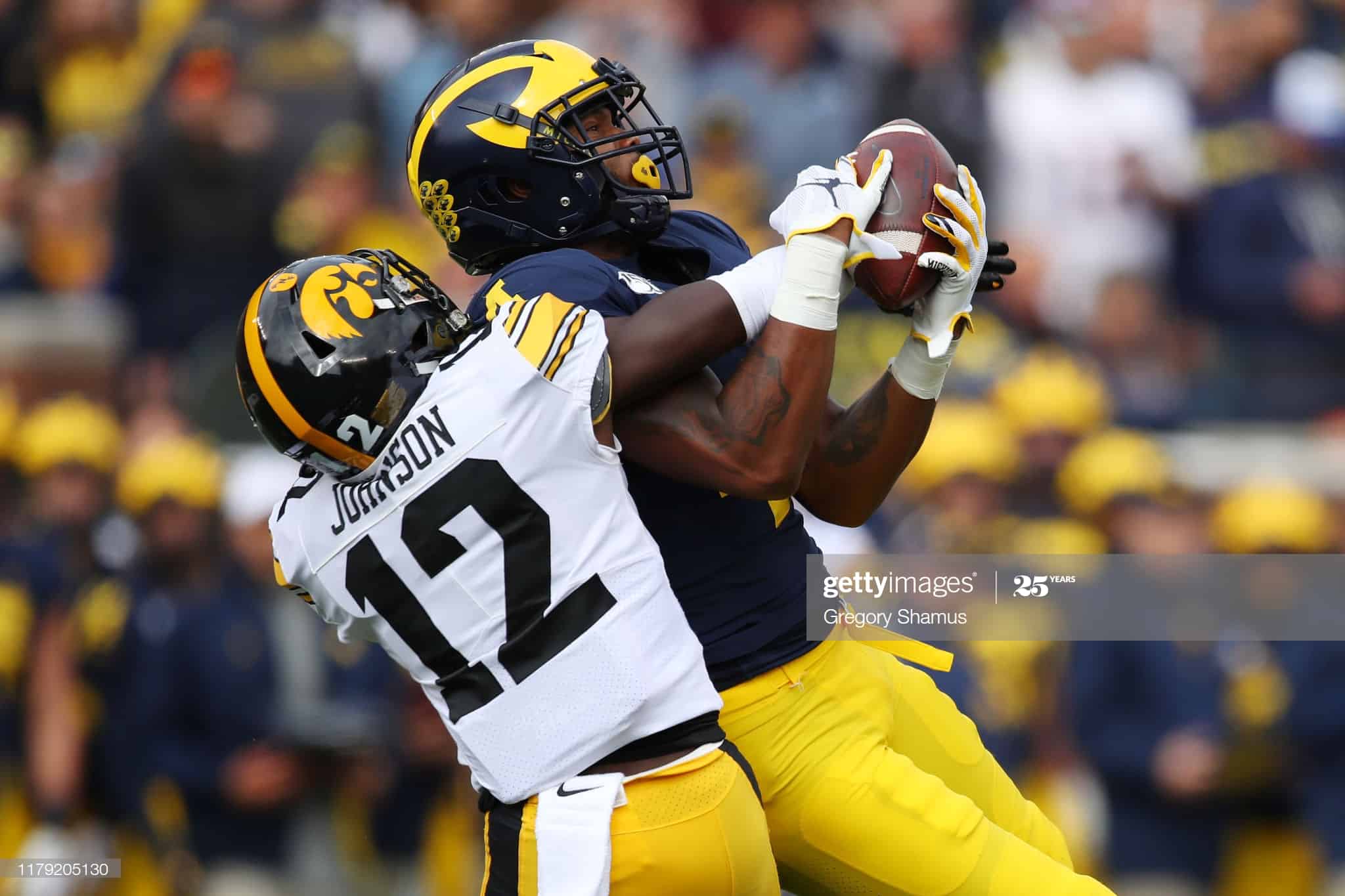 The purpose of this series is to provide a set of positives and negatives for Nico Collins. I also provide a suggestion of where I would take this player in a start-up devy only draft and potential fantasy impact. For the purpose of this evaluative player article, a combination of film and analytics were used to formulate my opinion.

The former 4-star recruit from Pinson, Alabama was buried on the Wolverines depth chart behind now Browns WR Donovan Peoples-Jones and Texas transfer Tarik Black. In high school at Clay-Chalkville, Collins had consistently great production, racking up 103 receptions, 1,968 yards and 25 touchdowns. Since the move to Ann Arbor, he’s had 78 receptions, 1,388 yards and 13 touchdowns in 27 games. Collins has potential for big plays at anytime. Need proof? See his 76-yarder against the Hoosiers last fall. Though Collins wasn’t the leading receiver on the Wolverines’ roster, as that was Ronnie Bell, Harbaugh trusts the veteran receiver, as he has a big catch radius and is not afraid to fight for the football or go up and attack the ball in the air.

Obviously the numbers dropped since High School. Some of that is the weak quarterback play at Michigan, the talent around him, and his lack of opportunities to some extent. I don’t want to explain it all away, as ultimately the talent will rise, and there are some deficiencies that have been shown over the last few seasons in Ann Arbor. He has solid speed, but he’s not really going to be a deep threat in terms of taking the top off the defense unless he gets good separation at the line and beats poor coverage. Again, see the 2019 game against Indiana, as there was a nice busted coverage 76-yard touchdown play. Another concern I have is his use of hands to get off of press man coverage, as plenty of times I saw on film a receiver who couldn’t get away from the better corners in the Big Ten.

I think in the end, Nico Collins projects to be a big slot receiver type in the NFL just like former wolverine Devin Funchess (but with better speed). He has enough speed to get some big plays, but will be more of a stick mover, probably like Donovan Peoples-Jones. He will likely be a day three draft pick and take time to really develop into anything for your fantasy roster. Truth be told, I have him in one full IDP Dynasty where you have 15 devy spots as I see a lot of NFL clubs adding that big slot wideout to their offense much more these days.

Let me know what you think of Nico Collins, hit me up on Twitter @RotoHeatBrad or over in our Facebook Community. Check out our Devy Rankings here on RotoHeat.com, and Check out my Devy Live Stream Thursday Nights over on the RotoHeat YouTube Channel!