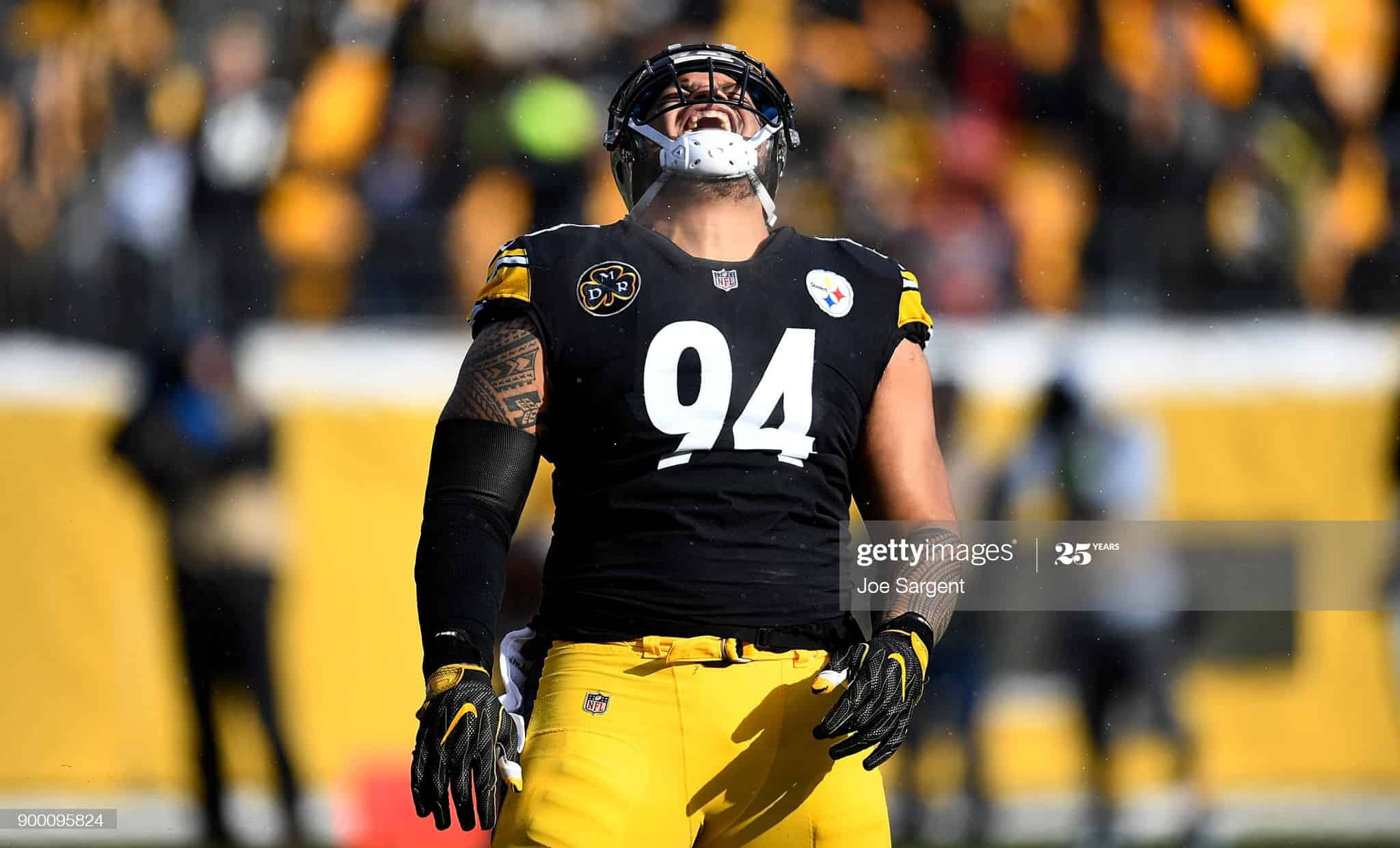 Each week in fantasy football there are surprise performances and there are injures. When looking at these, along with evolving team situations, we can find players it would make sense to add to your roster if you have room to wait and see (as we know these are often fluid situations), or are looking for a positional boost.

*Please note: Players listed are in no particular order for add preference.

Below are the RotoHeat IDP Team’s IDP waiver wire add suggestions going into Week 5. Bye weeks start this week (officially, in terms of the original planned NFL schedule), so make sure you check in

As you can see, Walker is the more household name of the two, as people know him from his play in prior years. Okereke however been playing more than Walker had this year even before Darius Leonard was hurt. Okereke is likely cheaper to obtain and had his first double digit points game (6 solos, 2 assists, 1 TFL) this season once Leonard went out. Walker was in the mid-80s for snap percentage this week once Leonard went out, so both are nice additions for however long Leonard is out for.

Allen got his first defensive snaps this year when Myles Jack went out. Jack left with 57% of the snaps, and Allen came in and got the other 43%. Within those snaps he ended the day with 3 solos, 4 assists and 1 TFL. It remains to be seen if Allen does take over for Jack, if the latter is out for an extended period of time, but with the sample we have, it appears he will be. For a guy that is unowned virtually all over and faces a Houston team next week giving up a lot of points to opposing linebackers, he’s a good add if you need someone.

Jewell had a monster week 4 and gets a New England team in Week 5 that clearly prefers to run the ball when they can. He only averaged 5.5 points in three weeks prior to last week, but this is more of a match-up add if you are looking for someone due to injuries or bye weeks.

After barely playing Week 1 on defense, Kyzir has played over 99% of the snaps within the past three weeks. The past two weeks he has has 12.50 and 10.00 fantasy points and is both finally healthy and getting playing time. The Saints (Week 5 opponent of the Chargers) give up plenty of points to linebackers, which gives Kyzir a great shot to continue his recent hot streak. Just keep in mind, he has not been grading out well as a linebacker (36.6 by Pro Football Focus), so his days with this level of playing time may not continue for long.

OAKLAND, CALIFORNIA – NOVEMBER 07: Lamarcus Joyner #29 of the Oakland Raiders breaks up a pass intended for Keenan Allen #13 of the Los Angeles Chargers at RingCentral Coliseum on November 07, 2019 in Oakland, California. (Photo by Lachlan Cunningham/Getty Images)

The snap count leader in the Panthers secondary (over 99% through four games), Burris had a quiet start to the season (2.50 points through the first two games). The past two games he has averaged 10 points off of a total of 12 solos, 2 assists, 2 TFL and 1 PD. Burris, Tre Boston and Jeremy Chinn (all listed as safeties) are on the field a lot together, but with Chinn playing like a linebacker much of the time, it isn’t an issue of them eating each other’s snaps. Burris was given quite a bit of money (2 years, $8 million this past off season), so expect his playing time to continue.

Very consistent overall (8 or 8.50 points in three out of four weeks so far this year) this year, Wingard was undrafted in 2019, but he knows how to tackle. He ended his college career at Wyoming in a tie for the most tackles all time within the Mountain West Conference. Houston is in the middle of the pack in terms of points to safeties but given his consistent production and the chance for a shootout here, Wingard is a nice pick-up with a safe floor.

Playing his first snaps of the year for benched Darian Thompson, Wilson game in and had 8 solos, 4 assists, 1 TFL and 1 sack (14 points) in Week 4 against the Browns. The Cowboys play the Giants in Week 5, and the Giants are sure to have to throw more than normal to keep up with the high scoring Dallas offense. The Giants are already middle of the pack in points given up to safeties, so I’d look for Wilson to have another nice if he continues to start over Thompson.

Throwing an extra safety in here. This is only in the event that Jamal Adams does not play, but Neal has done a great impression of Adams in his absence. In the game and a half that Adams has been out, Neal has 9 solos, 1 assist, 3 PD and 2 INT. The Seahawks get the Vikings and the Kirk Cousins mess in Week 5, which isn’t a great match-up (Vikings allowing third fewest points to safeties this year), but Neal’s knack for big plays so far makes him a nice dart throw if you need safety help.

The number two scoring cornerback currently, Poole has scored 15.5, 10.00, 5.00 and 10.00 points so far this season. Those points are largely off solo tackles and a few big plays, and he only has one assisted tackle so far. His playing time has been a bit sporadic (99% – 59% in four games), but given his production so far if you need help, especially in a cornerback required game, and he’s available, he’s a nice addition with the bye weeks starting; the Jets do not have a planned bye until Week 11.

EAST RUTHERFORD, NEW JERSEY – OCTOBER 06: Kirk Cousins #8 of the Minnesota Vikings drops back to pass with pressure from Dexter Lawrence #97 of the New York Giants during the first half of their game at MetLife Stadium on October 06, 2019 in East Rutherford, New Jersey. (Photo by Emilee Chinn/Getty Images)

Tyson has games of 9.50 and 11 points in two of the three games the Steelers have had this year. Coming off an unexpected bye, the Steelers get the Eagles and their makeshift offensive line in Week 5. With 7 solos, 3 assists, 3 TFL, 2 PD and 1 sack, you are looking for big plays if you are playing him (he’s only playing around 46% of the defensive snaps), but with the line the Eagles have, and the other players the Steelers have that will be the focus of offensive blocking, Alualu is as good of a bet as you will find on waivers.

The Rams play Washington in Week 5, and Washington has been very friendly in terms of allowing scoring to defensive linemen this year. Aaron Donald is sure to get most of the focus, which opens up things for players like Brockers. On the year Brockers has 7 solos, 3 assists, 2 TFL and 2 sacks, which makes him a guy you need big plays from to play off (but let’s be real, that’s what you need from most defensive linemen). With the plus match-up coming up, Brockers is a proven veteran you can throw in your lineup for Week 5.

The Cardinals play the Jets in Week 5, and the Jets are giving up oodles of points to opposing defensive lines. The Cardinals should be able to move the ball against the Jets, which should make the Jets have to throw more, which gives us more big play chances for the the Cardinals defensive line. Phillips hasn’t scored a ton this year, but if you are looking to add someone, Phillips has a TLF or sack in half his games this year. If you play in defensive tackle specific or premium leagues, even better.

Two games are left to play this week, but Dexter is a DT2 / DL3 this season, with games of 9.50, 5.00, 2.50 and 7.50 points in games. Add in that the Giants face the Dallas Cowboys, and he’s a great add this week. Dallas is giving up bundles of points to defensive linemen, and while the Giants team as a whole has not played great for a variety of reasons, their defensive line is better than it has been. Dexter is a great defensive tackle play this week, if your league requires them.

You catch NFL Week 5 IDP Waiver Wire Adds and all our other video content on YouTube. Be sure to subscribe and click the notification bell to ensure that you don’t miss any of our other great content. We have free IDP Rankings over on RotoHeat.com, and you can catch our IDP-Specific podcast on most podcatchers! You can also find me on Twitter.