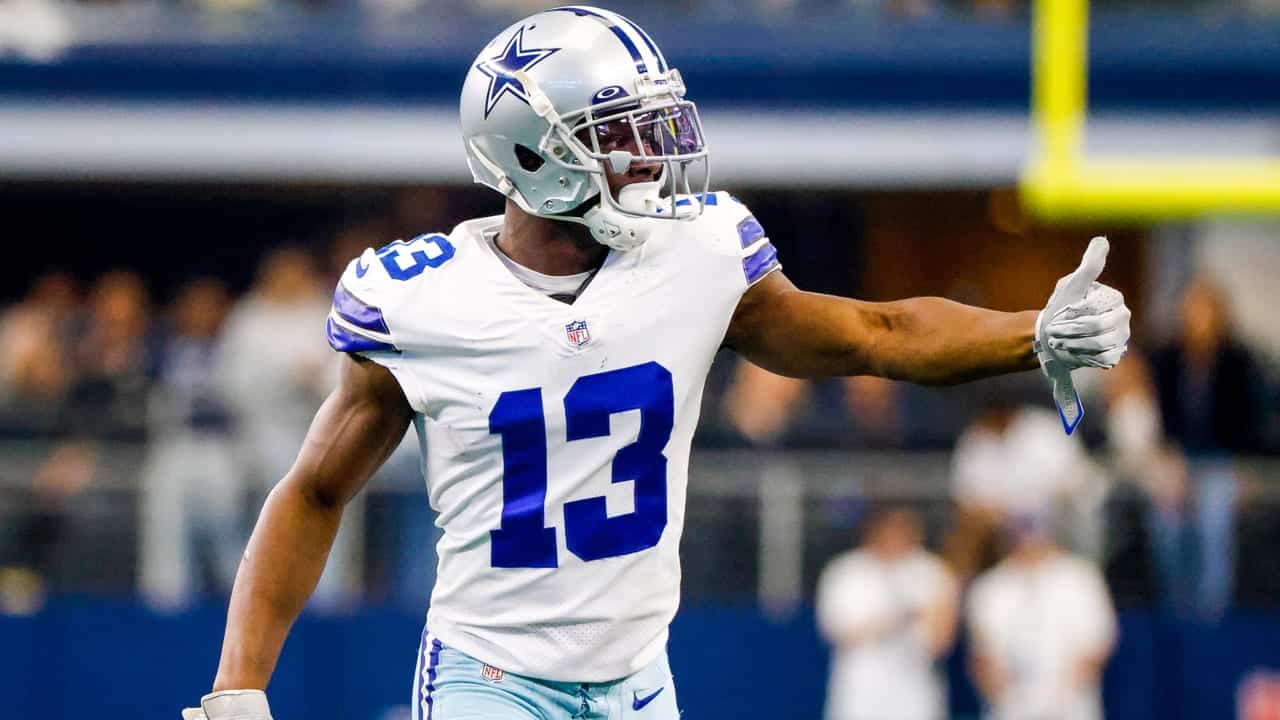 This one is going to take longer to pay off than the other wide receivers in my series, as Michael Gallup’s dynasty value is low in large part to being injured. Reports are that he is “doing well” in his recovery, but it is unknown when he will return during the 2022 season. All of this has suppressed his dynasty value and lands him firmly on my list of undervalued WRs. None of the players in this series will have an ADP under 100 and none are top 36 at the position according to DLF SuperFlex ADP.

This offseason saw a lot of movement in the Cowboys’ WR depth chart. Amari Cooper was traded to the Cleveland Browns and Cedrick Wilson joined the Miami Dolphins. In a typical healthy year, Michael Gallup would be screaming up rankings and ADP lists, but unfortunately (or fortunate for the patient type) he has dropped into the 14th round of start-ups.

It is entirely possible that he misses half of the 2022 season, but the injury didn’t shy the Cowboys away from signing him to a 5-year deal worth $57,500,000. $27,000,000 of that is guaranteed. It is not the biggest WR contract, but his guaranteed money ranks 24th amongst WRs and his contract was right in line with most of the 2022 free-agent class that wasn’t named Christian Kirk.

The 2022 season is a big question mark as he returns from the ACL injury. He may miss half the season, the injury may linger, but on dynasty rosters, the wait could definitely be worth it.

Dallas is expected to have a high-powered passing offense and when you look at this depth chart past CeeDee Lamb, there are a lot of question marks.

That is 153 career receptions from their WR3-WR6 in 9 combined seasons. That is 17 receptions per season. The Cowboys are relying on Michael Gallup getting back to the team healthy in 2022 at some point. Dallas ranked 5th in 2021 with 38.4 pass attempts per game, which was actually down from 39.9 attempts in 2020.

While Gallup may not immediately help you during 2022, he is absolutely a WR that you should be able to plugin during playoff time that could score backend WR2 or WR3 points at a WR5-6 value.

For Michael Gallup, it is as much about 2023 and beyond as it is the 2022 season. I do think that he could help you down the stretch once he gets his feet back under him. Obviously the sooner the return, the better. But in the worst-case scenario, you have a solid WR3 with upside heading into the 2023 season.

Michael Gallup’s dynasty value will rise once he returns and people see the target share he commands in an offense that throws 38-39x per game. It is very possible that he garners 20% of the target share with the depth chart looking the way it does at the moment, putting him at 7.5-8 targets per game.

Michael Gallup’s Dynasty Value is Too Low in 2022 Conclusion

We will have to wait on him for a little bit, but I really think Michael Gallup could be a huge boost to playoff teams in 2022. It is also likely that he will enter at least 2023 as the WR2 in Dallas as well. While I wouldn’t wish injury on anyone, Gallup is also in line for an absolute monster workload if CeeDee Lamb would miss any time.

At WR55 and player 140 off the board, you are getting a potential playoff difference-maker for 2022 and a WR2/WR3 in the future as long as he is in Dallas. All it takes is a little bit of patience.