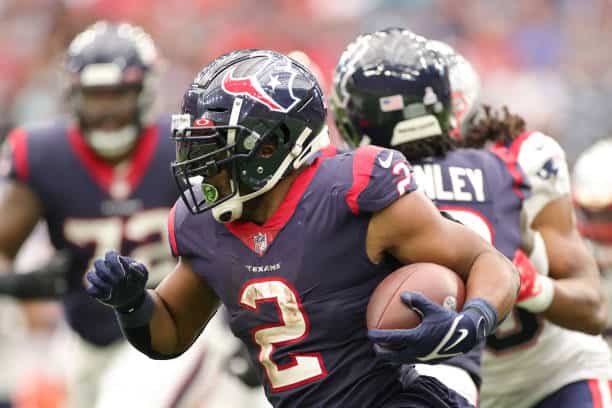 The New Orleans Saints have acquired RB Mark Ingram from the Houston Texans, according to NFL Network’s’ Ian Rapoport, and Tom Pelissero. The move the reunites Ingram with Head Coach Sean Payton and RB Alvin Kamara. Ingram joined the Saints in 2011 after the New Orleans selected Ingram out of Alabama in the first round with the 28th overall selection. He spent the first eight years of his career with the Saints, followed by two years in Baltimore before joining the Texans as a Free Agent this offseason.

During his time as a Saint, Mark Ingram, appeared in 106 games, starting 63 and totaled 7605 scrimmage yards and 55 touchdowns. Ingram spent three seasons sharing the backfilled with Kamara from 2017-2019. The duo combined for 5,202 rushing yards, 55 rushing scores, 348 receptions, 2,901 receiving yards, and 12 receiving touchdowns in those three seasons. In 2017, Kamara finished as the RB3, while Ingram was the RB overall.

The moves adds a back that the Saints desperately needed. New Orleans released Latavius Murray opting to move forward with Tony Jones Jr. and Kamara in their backfield. Jones disappointed early and then suffered an ankle injury, placing the bulk of the work on Kamara. The acquisition of Mark Ingram allows Sean Payton to go back to a usage similar to the 2017-2019 days. The move likely is a slight downgrade to Kamara’s fantasy value while it give Ingram an uptick. It also clarifies the Houston RB situation that in now a two-headed backfield with Phillip Lindsay and David Johnson.

Thank you for reading Mark Ingram Traded to New Orleans