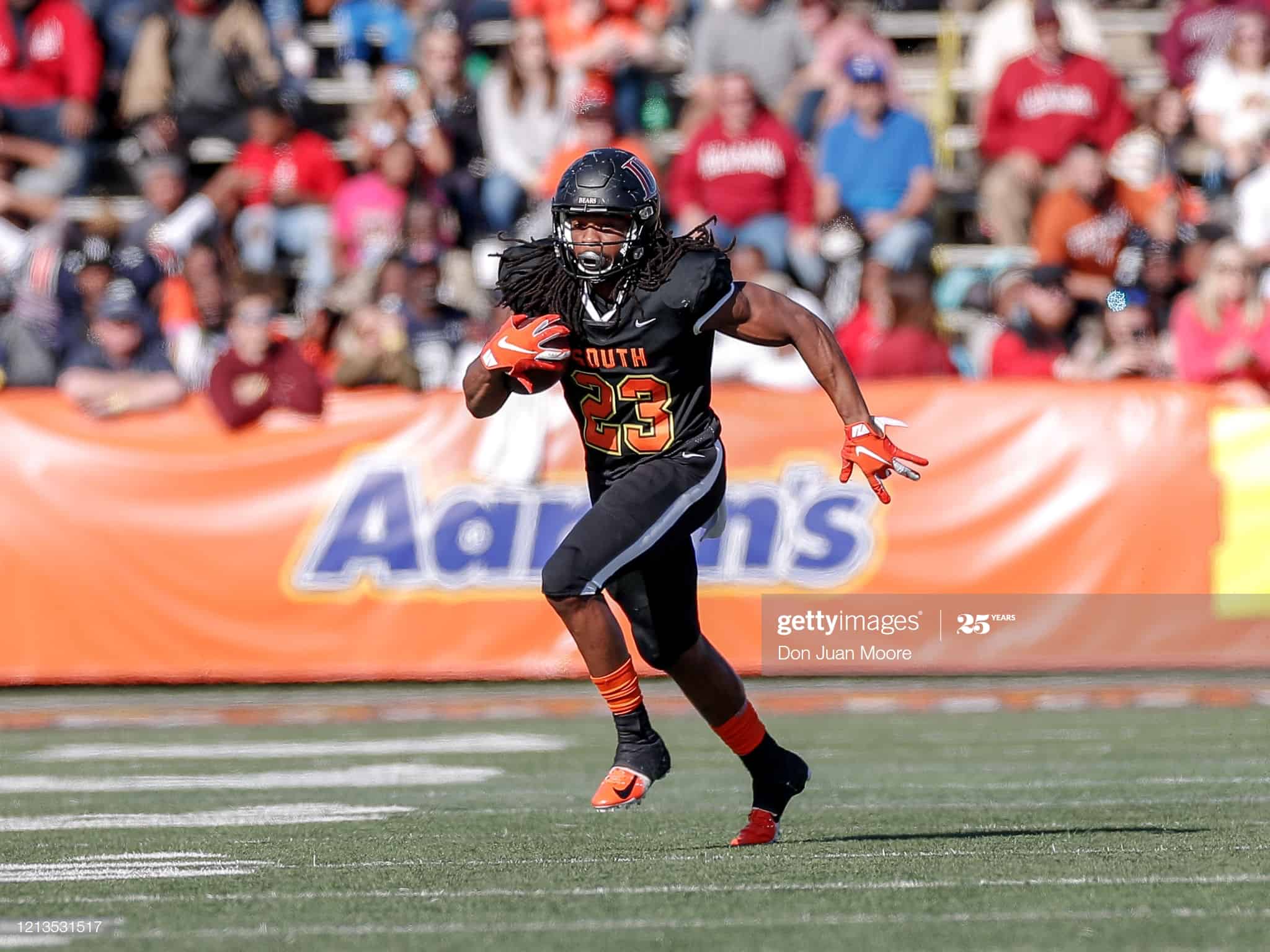 Hailing from Georgia, Kyle Dugger enrolled at Lenoir-Rhyne in the Summer of 2014, after it was the only NCAA Division II or higher college to offer him a scholarship. He ended his college career with 237 tackles (152 solo, 6.5 for a loss), 10 interceptions, 6 pass deflections and six fumbles forced and recovered (statistics courtesy of Lenoir-Rhyne).

He was the second safety taken in the 2020 NFL Draft when the New England Patriots took him with their first pick (#37 overall), right after the New York Giants took Xavier McKinney at pick 36.

At about 6’1”, 215 pounds, Dugger has decent size for an NFL safety with great speed and acceleration. On tape, he is a ballhawk who is great against the run and in coverage. He does have some injury history, with only one gamed played in 2016 and seven in 2019, both due to injuries (a meniscus issue in his sophomore year and hand injury his senior year), but these seem more like one-off injuries than a lingering issue.

Dugger is in a great position to learn from an experienced defensive backfield in New England with both McCourtys (Devin and Jason), Patrick Chung, and Stephon Gilmore all likely starting. Adrian Phillips, Jonathan Jones and Terrence Brooks all are also set for back-up roles. With that sort of depth, it will be hard for Dugger to start this year.

If I am drafting Dugger, I am not looking to use him as a starter this year, as he likely will have minimal fantasy value. He should find some playing time this year though as a back-up safety and return man, with the later being something he also excelled at in college.

Dugger is someone who has higher long-term value than immediate impact value. Both current starting safeties (Devin McCourty and Patrick Chung) turn 33 before the start of the season. Devin is a free agent after the 2021 season, and Chung is signed cheaply after the 2020 season, and he could be better suited for a back-up role or cut if his play does not warrant keeping him.

It may be a year or two before Dugger is a starter for the Patriots, but head coach Bill Belicheck has a good track record of finding valuable defensive backs, and Dugger fits the mold as a versatile, high-effort player he loves. With the Patriots facing a lot of offensive uncertainty going forward, it would not surprise me if Dugger quickly rises to DB2 value once he starts, and ends up finding DB1 value in a few years.

There are a lot of safeties with high end potential in this draft class, and as such it can be hard to peg which ones will go where in your draft. Generally speaking, Dugger is around the fourth safety taken in rookie drafts. Xavier McKinney, Jeremy Chinn, Antoine Winfield Jr., and Grant Delpit all appear to have more immediate paths to playing time, and McKinney, Chinn and Delpit are usually being drafted before him.

I have seen him go as high as the second safety taken though, so it really is a matter of getting your guy. That said, in this draft you can probably wait until the third round before thinking about taking him. He has a great long-term value, but the likely lack of year one production means you can probably get him at a bit of a discount compared to his fellow rookie safeties.

Let us know what you think about Kyle Dugger, as we have him currently as the #10 overall rookie IDP and #4 rookie safety in our FREE IDP Rookie Rankings. You can catch our IDP-Specific Live Stream Monday Nights @ 9:30 Eastern over on YouTube! You can also find me over on Twitter!