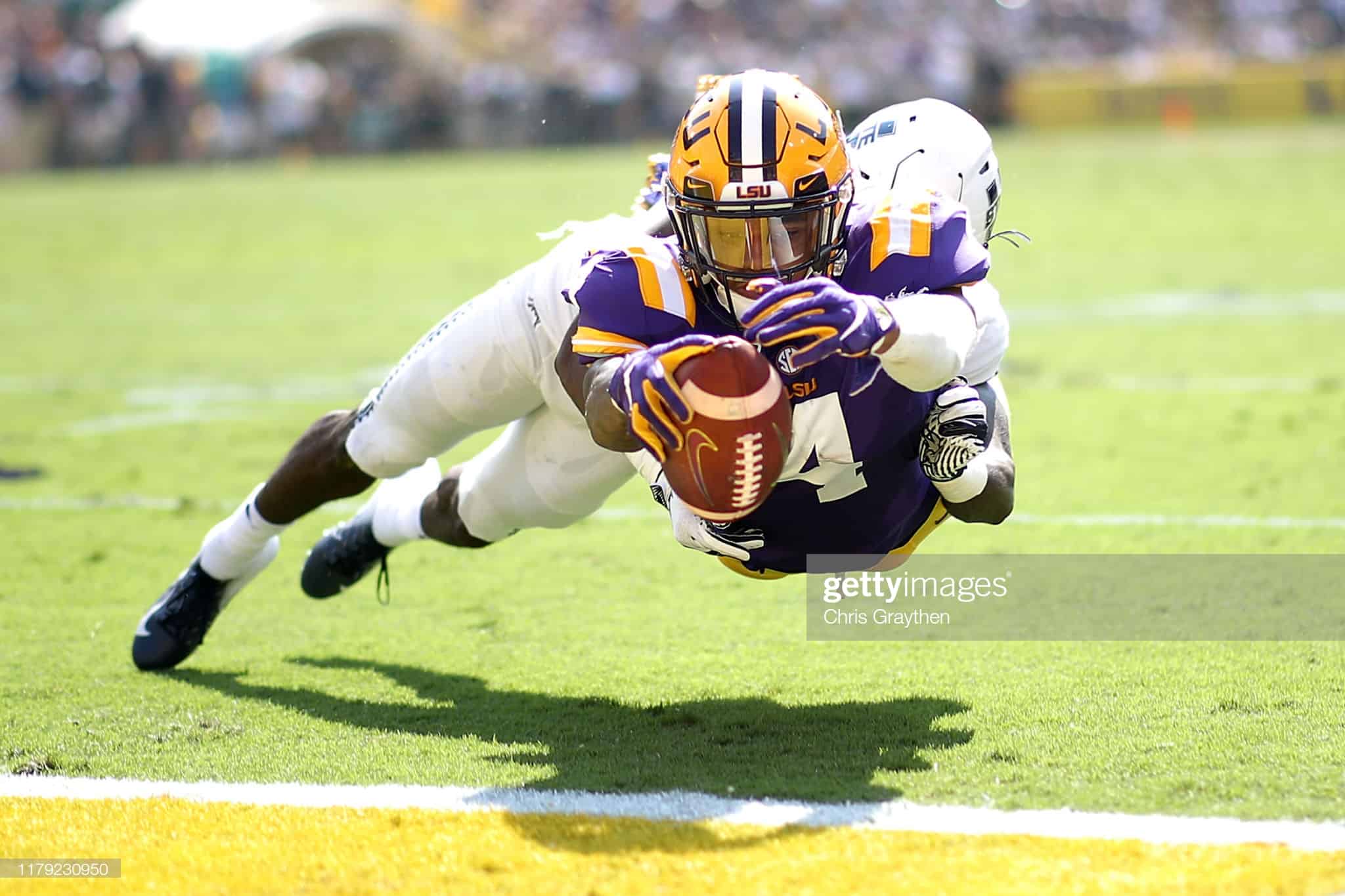 John Emery Jr Who is he?

Let’s take a peek at the John Emery Jr dynasty outlook. The five-star recruit is the highest rated running back to sign with LSU since Leonard Fournette in 2014, after receiving offers from Tennessee, Ole Miss, Alabama and many other universities. This tells you he was a high end recruit coming into 2019. He’s 6’0″, 206 lbs and you can get more videos over at 247Sports where we see him showcase some of his skills, specifically his ability to drop his shoulder and control his body to make big plays.

John Emery Jr: How was his freshman year?

He learned behind some super-talented running backs in 2019, and when his number was called he did well. He carried the ball 39 times for 188 yards (4.8 ypc) and 4 touchdowns. He also added 6 catches for 60 yards in the passing game. In an interview posted over on 247Sports, Emery talked about all that he learned with the Tigers, during their 2019 National Title run. When talking about him and his partner in the backfield, Tyrion Davis-Price, Emery said “It’s like a thunder, lightning type deal.”

I would expect Emery to be a player Devy-included leagues drafted last year, though if he’s available I’d make sure to pick him up, as he could wind up being a nice play when he enters the NFL most likely in the 2021 or 2022 Draft class. Emery is a beast and has the power to be a between the tackles runner, and the burst and break away speed to be a big play threat. Over the next year or two I’d love to see LSU utilize him more in the receiving game but think he is good enough to be in the conversation for a top 5 Rb in whatever draft he decides to come out in.

Let me know what you think about John Emery Jr and your thoughts on his dynasty outlook, catch up with me on Twitter and keep up with Rotoheat’s Devy ADP Here!