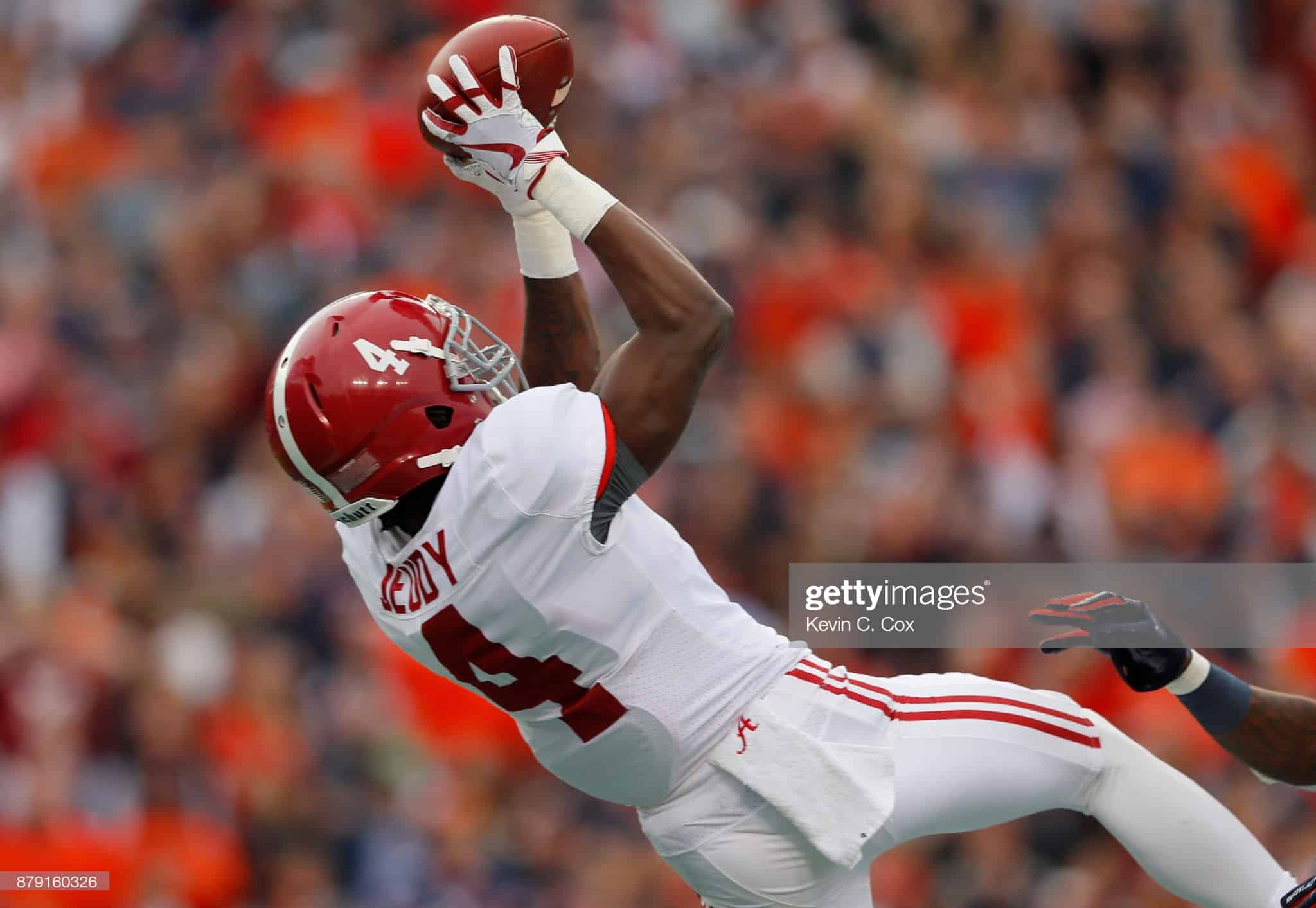 Among draft experts, there is a great debate about which wide receiver is the best in this year’s NFL Draft. That debate revolves around Alabama’s Jerry Jeudy and Oklahoma’s CeeDee Lamb.

The debate is on in the Dynasty community as well.  Both receivers check off all the boxes: speed, route-running, ball-tracking, and hands.  Both Jeudy and Lamb possess the attributes necessary to translate their stellar college performances into NFL careers as No. 1 receivers.

Both are likely first round draft selections and are virtual lock for first round rookie dynasty landing spots. I project that both come off the board in the first 15 selections in April in Las Vegas.  As for your rookie drafts, I would anticipate that both talented receivers are top 5 selections in 1 QB league drafts, and top 8-10 picks in Super-Flex leagues.

Let’s take this a step further for Dynasty managers who want to know who should they select first–Jeudy or Lamb?

NORMAN, OK – NOVEMBER 9: Wide receiver CeeDee Lamb #2 of the Oklahoma Sooners celebrates his touchdown on a 63-yard pass and run with wide receivers Trejan Bridges #8 and Nick Basquine #83 in the game against the Iowa State Cyclones on November 9, 2019 at Gaylord Family Oklahoma Memorial Stadium in Norman, Oklahoma. The Sooners lead 35-14 at the half. (Photo by Brian Bahr/Getty Images)

It seems kind of tough to make this call, right? Each receiver excels in many areas of the game with little to no weaknesses to account for. Trusting my gut, I give Jerry Jeudy the slight edge as the better option.

Lamb might be the most NFL-ready receiver, but Jeudy’s ceiling as a player that can wreak havoc for defenses with speed and route running ability can not be overlooked.

Jeudy’s physical traits (especially his speed) outshine Lamb by the slightest margin. Lamb’s hands and body control are better, but Jeudy can work on those things once on he makes the leap to the NFL.

NFL teams look for someone that is going to consistently get open, and if their team is down, a player that they can take a shot with. Let’s face it, whoever drafts these wide receivers are likely to be trailing more often than not.  Both players give the NFL executives the type of wide receiver they seek, but I’d rather have Jeudy’s breakaway speed that can torch corners and safeties rather than Lamb going up to make a contested grab.