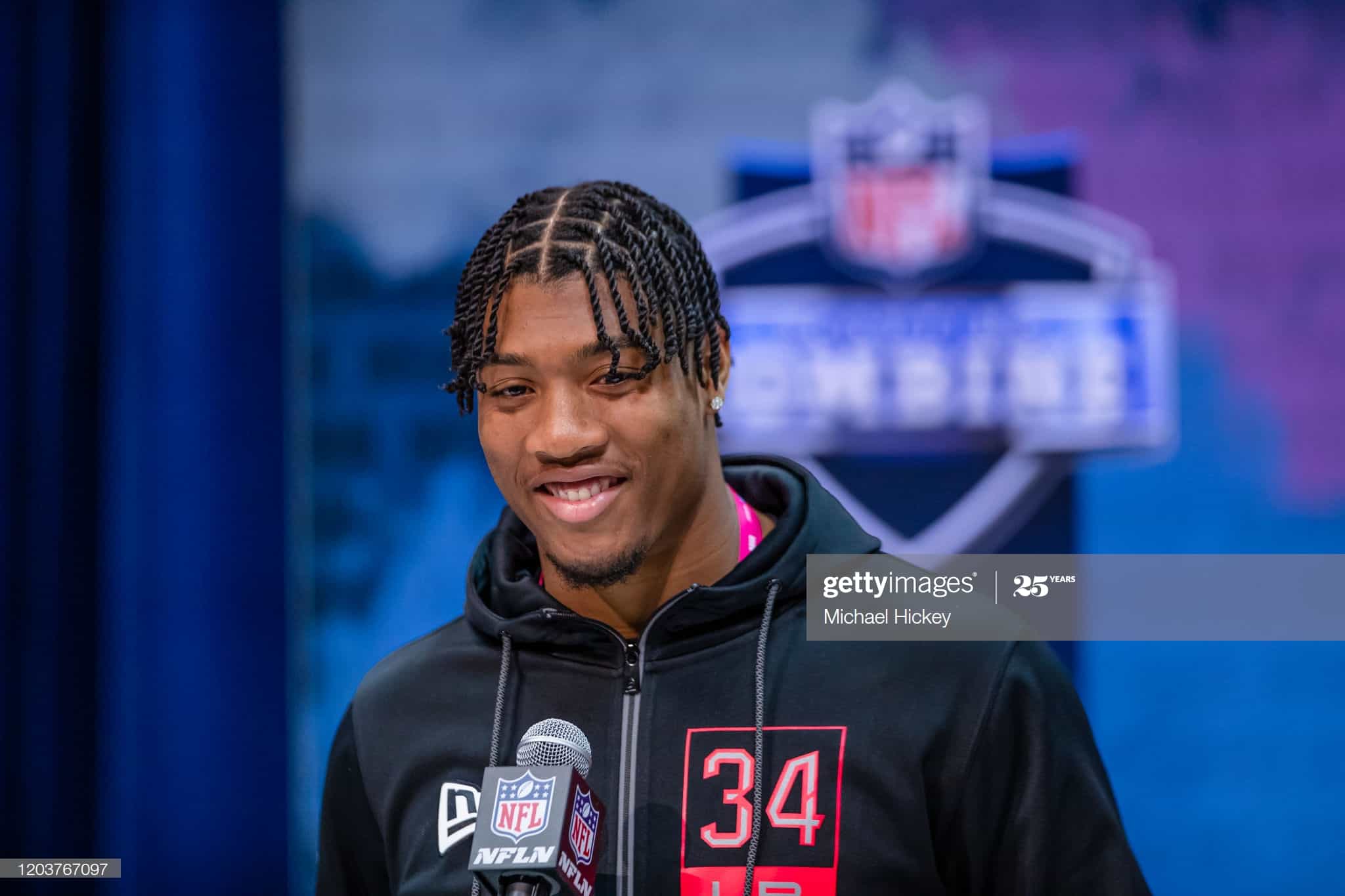 As a three-star recruit out of Kansas, Isaiah Simmons chose Clemson over other colleges such as Michigan and Missouri. He played one game his first year, and by his Junior year he amassed 104 total tackles (16.5 for a loss), 8 sacks, 8 passes defended, two forced fumbles, a fumble recovery, and 3 interceptions. In 2019 he was the ACC Defensive Player of the Year, Butkus Award winner (for the nation’s top linebacker), and a Consensus All-American (according to Sports-Reference). He played safety for most of his career at Clemson, but his last year (as shown by winning the Butkus Award) he played as an outside linebacker. Testing with a 4.39 40-yard dash (100th percentile), 128.2-speed score (100th percentile), and 132.3 burst score (96th percentile), athletically he is everything you’d wanted in a linebacker (statistics courtesy of Player Profiler).

The Arizona Cardinals made Isaiah Simmons the #8 pick in the 2020 NFL Draft, and the first linebacker taken. It is early in the off-season (especially this year, when there have been few team activities for rookies to participate in), but Simmons is currently listed as a starting OLB for the Cardinals. With his athletic ability and size (about 6-4, 235 pounds), Simmons has the tools to do it all, and I think the Cardinals see him as someone who can keep up with the George Kittle and Tyler Higbee type tight ends that the Cardinals face at least twice a year. Although the Cardinals’ coaching staff has stated that they do not currently have intentions to use him in the slot, or as a safety, his previous experience in doing both is a huge asset.

The current NFL player that I feel Isaiah is most similar to is Derwin James (Chargers – Safety). Derwin has played primarily as a safety so far in his career (amassing 105 total tackles, 3.5 sacks, and three interceptions his rookie year), which is a very different role than outside linebacker. That said, with better players around him (compared to Derwin’s rookie year), opportunities should be there for Simmons if he does start. I would call 80 combined tackles, 4-5 sacks, and an interception a successful year, and would give him a good start to build upon.

Fellow Cardinals linebackers Jordan Hicks, Chandler Jones, and De’Vondre Campbell are all free agents within the next few years. With opportunity looming, and an ideal skill set that would allow him to play all over the field, I am excited for the opportunity that Simmons has before him. The Arizona Cardinals have a creative coaching staff, and I am hopeful that in time they will use Simmons all over the field like he was used in college. There is a reason Simmons was the first linebacker taken in the 2020 draft; he has the ability to be a queen on the defensive chessboard. I have faith that if he continues to grow now that he is in the NFL, Simmons will be a longtime LB1 in this league within a few short years. In terms of fantasy football production, if he ever gains DB eligibility, lookout, as he has the potential to be the DB 1.

With a lot of questions regarding how he will be used, and with multiple productive players in the linebacker and defensive back ranks for the Arizona Cardinals, Simmons’ value is lower than most would have thought before the NFL draft. You can probably wait for the mid to late second (in a league using scoring similar to the RotoHeat IDP scoring discussed on past streams) to grab Simmons. I would not wait longer than that though, as while his value may currently be a bit lower than others in the rookie class, such as Murray and Queen, Simmons I posit has the highest upside of any of them.

Let us know what you think about Isaiah Simmons, as we have him currently as the #4 overall IDP rookie, and #3 rookie linebacker in our free IDP Rookie Rankings. You can catch our IDP-Specific Live Stream Monday Nights @9:30 Eastern over on YouTube!