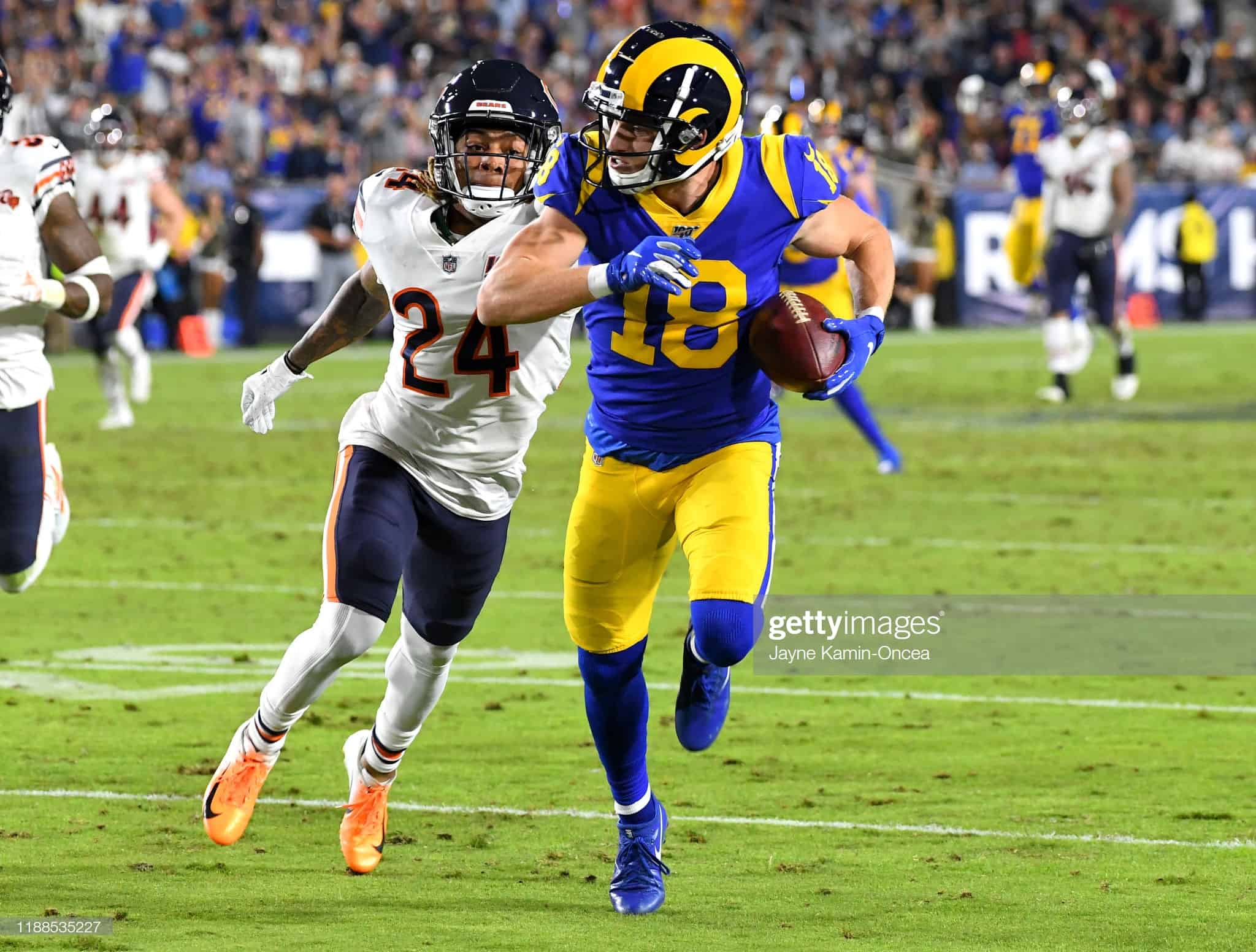 Which players have continued to show success these first 2 weeks and which have disappointed? Let’s dive into this week’s fantasy hot and cold players for Week 2!

The connection between Matt Stafford and Cooper Kupp is firing on all cylinders. The two have already connected for 2 touchdowns and 271 yards in just 2 games. Cooper Kupp is dominating the target share, averaging 10 plus targets the first 2 weeks, and we can expect that to continue. The organization, and WRs, are benefitting from the addition of Matthew Stafford and we can expect Cooper Kupp to be a top 5 fantasy WR with the potential to be #1 from what we have seen these first two weeks.

Murray is looking like a video game character on Sundays with his ability to extend and make big plays. His game is that similar of division rival Russel Wilson, and with his rushing upside we can expect these big performances to continue. Those of you that may forget, Kyler Murray was on track to be the top fantasy QB last year until a shoulder injury hindered his rushing upside. As long as Kyler is healthy, he is proving to be a top 5 fantasy QB.

Those that thought it was time for a DK Metcalf takeover may have to pump the brakes, because Tyler Lockett is still earning his fair share of action and capitalizing on it. Though the target share is split 50/50 between the two wideouts, Lockett is making the most of it. Tyler Lockett is averaging 28 fantasy points per game in traditional PPR formats, 2nd to only Cooper Kupp.  We know Wilson will continue to air it out, and from Lockett’s performances this year he will continue to keep his target share. Look for him and Metcalf to see 8+ targets a game.

Brandon Aiyuk? Where is Brandon Aiyuk? Through 2 weeks he has 2 targets and only 1 reception. With a strong rookie year, most owners expected Aiyuk to continue that success into this season, but he has utterly disappointed those who drafted him. With the emergence of Deebo Samuel and the strong presence of George Kittle, Aiyuk has been forgotten. Let’s steer clear of putting Brandon Aiyuk in our lineups until we start to see him putting up performances like he did last year. It is something to note that Aiyuk was successful under different QBs last season when Jimmy G was battling injury.

With the unfortunate injury that occurred to rookie Travis Etienne, most of us expected James Robinson to start exactly where he left off, but his usage has most owners disappointed. The Jaguars have looked horrible in their first 2 games and may be on their way for a top 3 draft pick again this year. With the inability to obtain a lead, we were hoping to see James Robinson benefit from being a receiving back, but Trevor Lawrence has been looking to push the ball downfield. With how James Robinson has been used so far we can expect more of the same these upcoming weeks. Look for him to be a low-RB2 to flex option in your lineups this year.

The hype behind CEH has come to a screeching halt. His underwhelming rookie year has carried over into this season, and his performances should be something to worry about. He lacks explosive speed and being on a pass heavy offense he has yet to gain any traction. With his game-sealing fumble on MNF against the Ravens, we can expect to see CEH’s workload to decrease. He is lucky to see 15 touches a game and is not heavily involved in the pass game. We can expect to see him produce similar numbers, but hope he gets a piece of the TDs that offense puts up at will