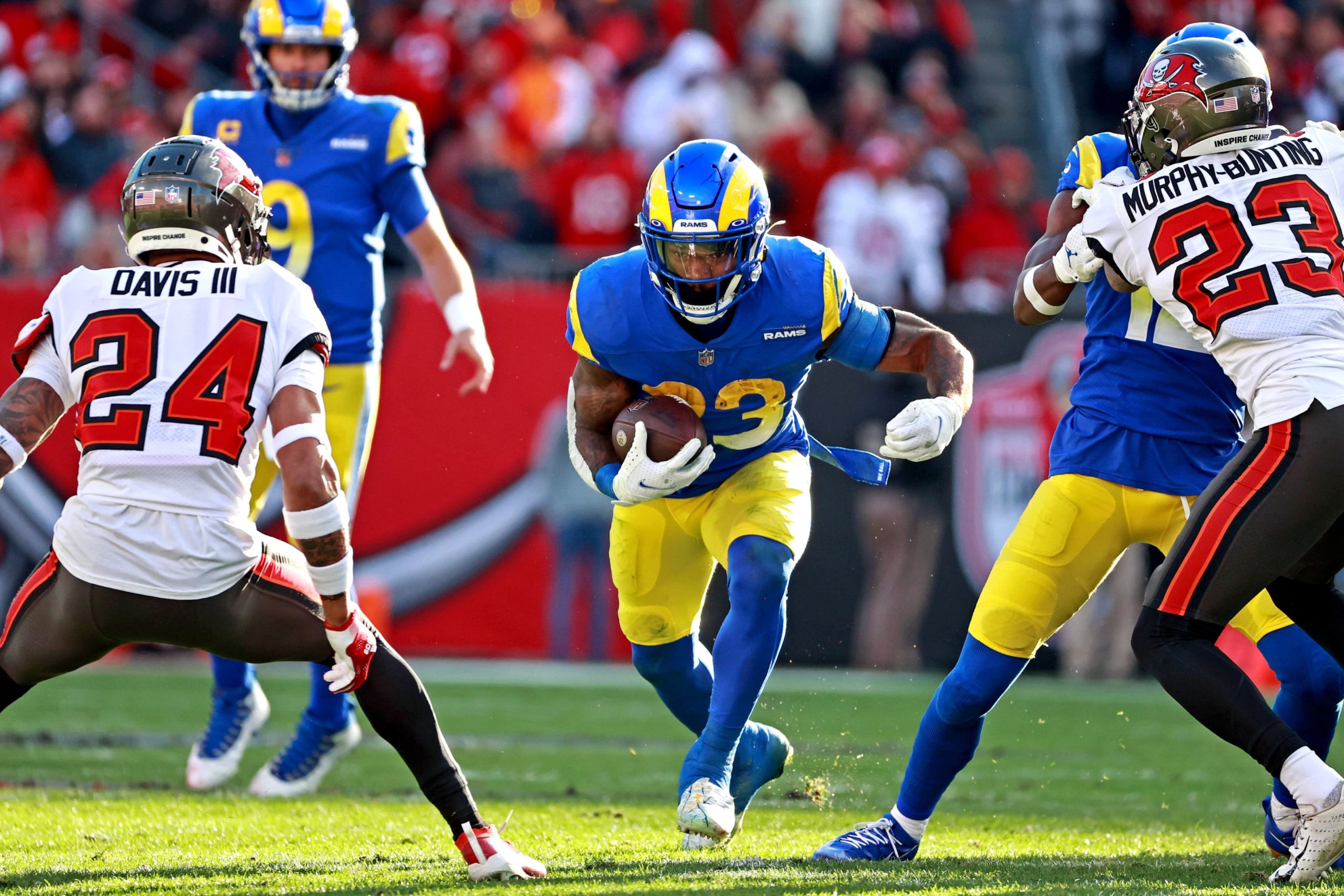 The first of many NFL weeks are in the books. Although it is entirely too early to make any final conclusions, some things stood out more than others when it comes to fantasy football in week 1 of the NFL. In this article, I will outline some of the main takeaways I had from this past week of NFL football as it relates to fantasy football.

Without further ado, let’s dive into the fantasy football takeaways from this, the first week of NFL.

Cam Akers can’t be trusted until he shows us something

This one is very straightforward. Cam Akers had just 3 carries while Darrell Henderson had 18 touches. This is as definitive a sign we can get, that HC Sean McVay does not trust Cam Akers yet. This also means we cannot trust Akers in fantasy football for the foreseeable future.

Akers should be solidly anchored on your bench for now and is unstartable until we have seen him be the lead back for at least a game. Even so, we might need Akers to string together multiple games with 12+ touches before we can begin to consider using him as a flex option.

Not worth starting your rookies yet

As is the case to begin almost every single NFL season, NFL head coaches are rarely trusting rookies early on in the season. This seems to be the case yet again. Outside of Jahan Dotson scoring 2 touchdowns, only 3 other rookies were able to score over 10 points in Week 1. A low floor, low ceiling play is what most of the rookies are at this point in the season.

Until their coaches begin to put more trust in them and they start to produce better numbers, we cannot trust them for fantasy. For some rookies, this might take just a week or two. For others, it might take 10 weeks. We need to monitor these rookies’ situations closely and when we see it, then we can start trusting them in our starting lineups. Not before.

All offseason the fantasy community has been hyping Trey Lance up as possibly the next big fantasy football QB. He has lots of rushing upside and is in a good offense.

However, Week 1 showed us that we must cool our expectations for Lance at least a little. Lance struggled against an underrated, but not great Bears defense. This might have had something to do with the torrential downpour that kept going for most of the game. Or it might have been because Trey Lance is practically a rookie. He might not be one on paper, but he practically is when it comes to playing time and working with the first team.

I’m not saying he will not improve throughout the season, he probably will. As opposed to what the fantasy community thought earlier this year, there is a lot of risks involved with starting Lance, especially in the next few weeks. If you have Lance as your starting QB, you might be better off streaming QBs for a week or two until we see Lance settle in and produce for fantasy.

Michael Thomas is back..and so is Saquon Barkley

It was great to see Michael Thomas get back on the field and produce in Week 1. He started the game very slowly, but in the second half, he and Jameis Winston began to find chemistry and link up in a big way.

Some managers were weary of starting MT this week because he might be rusty, or the injuries might have hampered him so much that he just lost his ability. Early in the game, this was in fact what it looked like, but in the end, Thomas turned it on and came away with a big fantasy game for his owners. Expect Michael Thomas to keep improving throughout the season.

As for Saquon Barkley, well he also showed that his injuries the past two seasons are in his rearview mirror. Barkley turned in a huge performance, reminiscent of those we saw 2 and 3 years ago. This is a great sign of what Barkley could be this season now that he is healthy.

The takeaway here is that both players should be mainstays in your lineup every week, despite the concerns we might have had about any prior injuries.

Thank you for reading Fantasy Football takeaways from Week 1