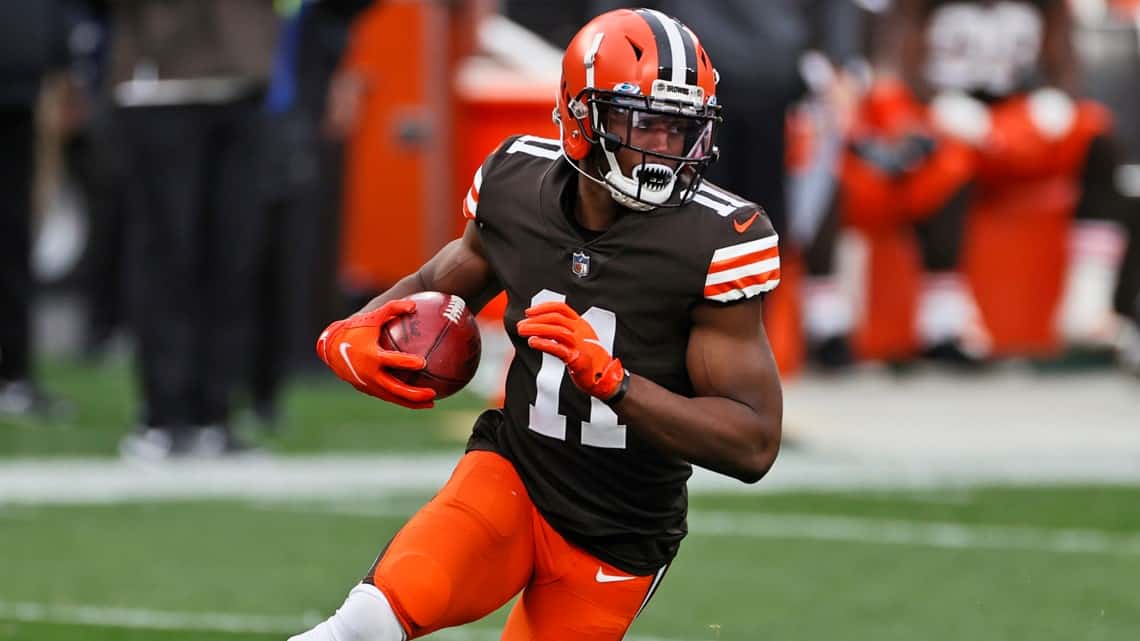 With all the change this offseason, the Browns could be better this fall with the addition of Amari Cooper and the development of former 6th rounder Donovan Peoples-Jones. With all the focus on Deshaun Watsons situation, we have to remember the losses of Baker Mayfield, Austin Hooper, Jarvis Landry and Rashard Higgins and with those changes, we have room for players to step up!

Donovan Peoples-Jones: Why The Hope?

I remember the excitement as a Wolverines fan of the prospect of a 5-star Peoples-Jones and Tarik Black leading the Michigan receiver room, unfortunately it was before they had good, consistent quarterback play and that inevitably helped lead to not seeing the promise of the pair (injuries didn’t help either).

From toe-tap catches, to quick slants against press coverage, DPJ blossomed last year and though it wasn’t an amazing stat line, it showed hope for the future (If you want to see some of those highlights, here you go!). As we move on from then, he’s had an upgrade at QB and the #1 wideout across from him, as well as the other receivers vying for the #2 role being injured to start camp, DPJ has a good chance of developing chemistry with QB1 (whomever that winds up being), and we are already seeing that early in camp (Thanks Rotowire).

The other part of the hope is just the amount of targets that are available, based on the losses of Landry, Hopper and Rashard Higgins. Those three players combined for 195 targets last year (Thanks PFR), and even if Amari takes up a bulk of those, that will still leave room for DPJ to add on to his 58 targets last year and I believe we will see him closer to 90 targets this fall.

I’ve targeted DPJ in many of my leagues if I didn’t already have him, and I know some of you will think its a homer move being a wolverine but I do believe that he has a chance to really step up and become a fantasy-relevant wideout in the 2022 season. Before the season starts, I think you can get him for a reasonable price, most of my deals have been packages that I get him added onto but I’d say a later 2nd should get him, maybe if you’re lucky a 3rd but probably not.