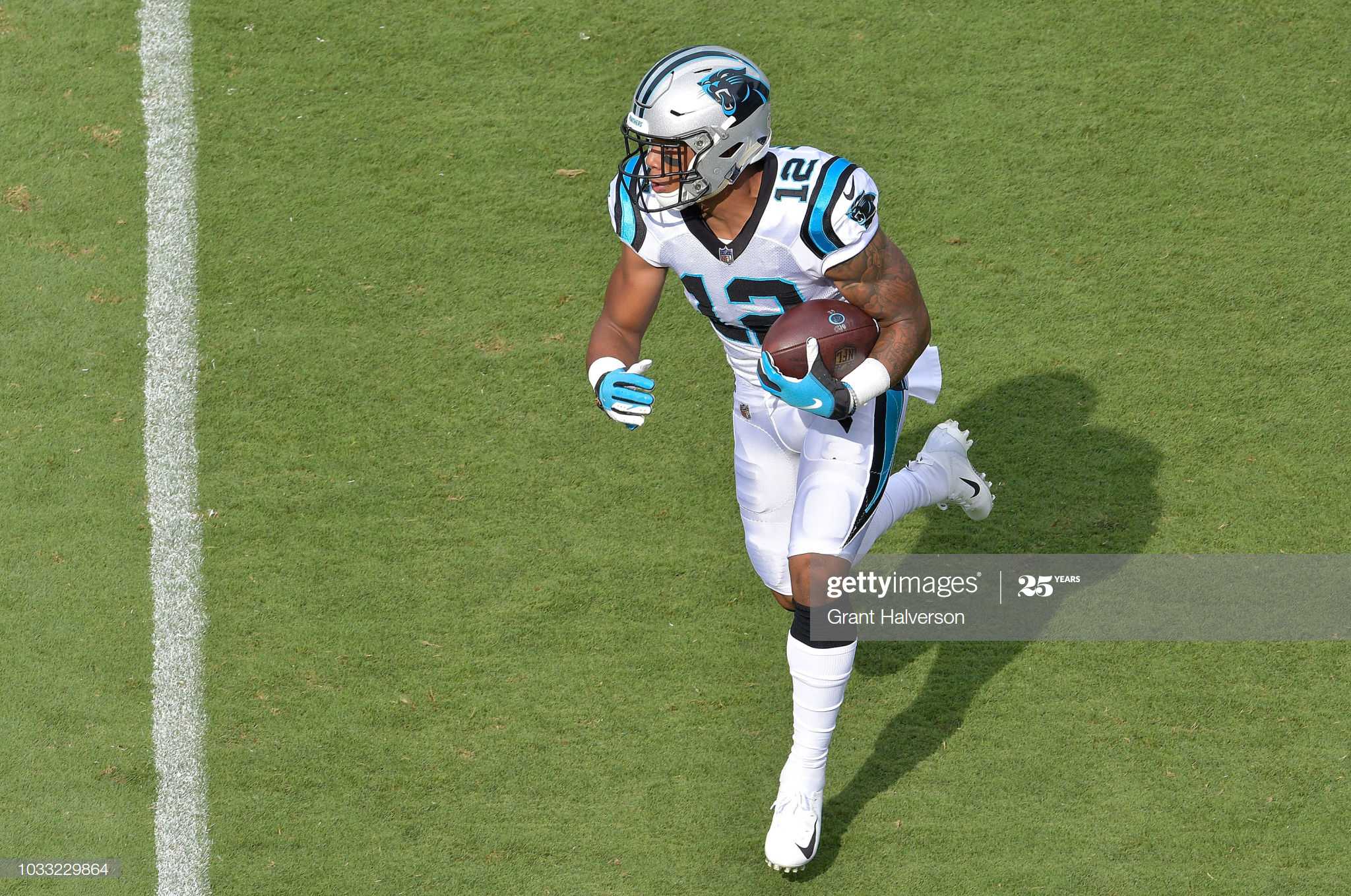 In three seasons at Maryland, Moore totaled 146 receptions for 2,027 yards and 17 touchdowns in 36 games. He also had 17 college rushing attempts in which he ran for 125 yards and a touchdown. In his Junior season, Moore was named to the First Team All-Big Ten, and was the Big Ten Receiver of the Year.

D.J. Moore appeared in all 16 games in his rookie season and had 55 catches for 788 yards and 2 touchdowns. He finished as fantasy’s WR36 with 157 PPR points.

In his 2019 sophomore season, Moore saw his targets jump from 82 in his rookie season to 135. His target share increased to 21% from 24.3%. Moore finished the season as fantasy’s WR16 with 230.5 PPR points. Moore caught 87 of those 135 targets for 1,175 yards and 4 touchdowns. The season is more impressive than it first appears considering that Moore posted these numbers with below average back-up quarterback play for all but two games.

In 2020, D.J. is in position to break into the top 12 for the first time in his career in what is shaping up to be a 3rd year breakout season. The argument can certainly be made that Moore had his breakout in 2019. Moore has a new quarterback in 2020 in Teddy Bridgewater. The Panthers also added WR Robby Anderson in free agency.

I understand that there is concern with Bridgewater as Moore’s quarterback, but for me, there is none. In 7 games with Teddy as his quarterback since 2018, Saints WR Michael Thomas totaled 9.9 targets, 7.7 catches, and 89.6 yards per game. In 17 games during that same time frame with Drew Brees, Thomas totaled 9.1 targets, 7.7 catches, 87 yards per game. By no means am I comparing Moore to Thomas here, but I am simply illustrating that in the slot role that Moore plays, Bridgewater is plenty capable to maintain, if not elevate, Moore’s numbers.

The good news for those that have shares of the Panthers offense is that the team is still bad. Even thought they spent their entire draft capital on defense, holes remain. Carolina will trail more often than not, forcing them into negative game scripts and more pass attempts as a result. D.J. Moore should see his target share rise to over 25% in 2020, and with positive touchdown regression Moore will be a top 12 WR.

D.J. Moore will be only 25 years old entering the 2021 season and will be playing on the final year of his 4 year / $11,171,316 rookie contract. Teddy Bridgewater has either developed into a viable starting quarterback, or the Panthers will replace him with one that is. 2020 will be Moore’s first in the top 12, but certainly not the last.

If you are selling DJ Moore, I’d like you to reconsider. If you still want to sell him, the draft pick you should be asking for at minimum is the 2020 1.01. If you are looking for players in return I would be asking for a package of either Kenny Golladay, J.K. Dobbins, or Derrick Henry and a 2021 second round pick.

Thank you for reading the DJ Moore 2020 Dynasty Outlook